Brad Paisley Kids (Sons to be Humble and Kind) 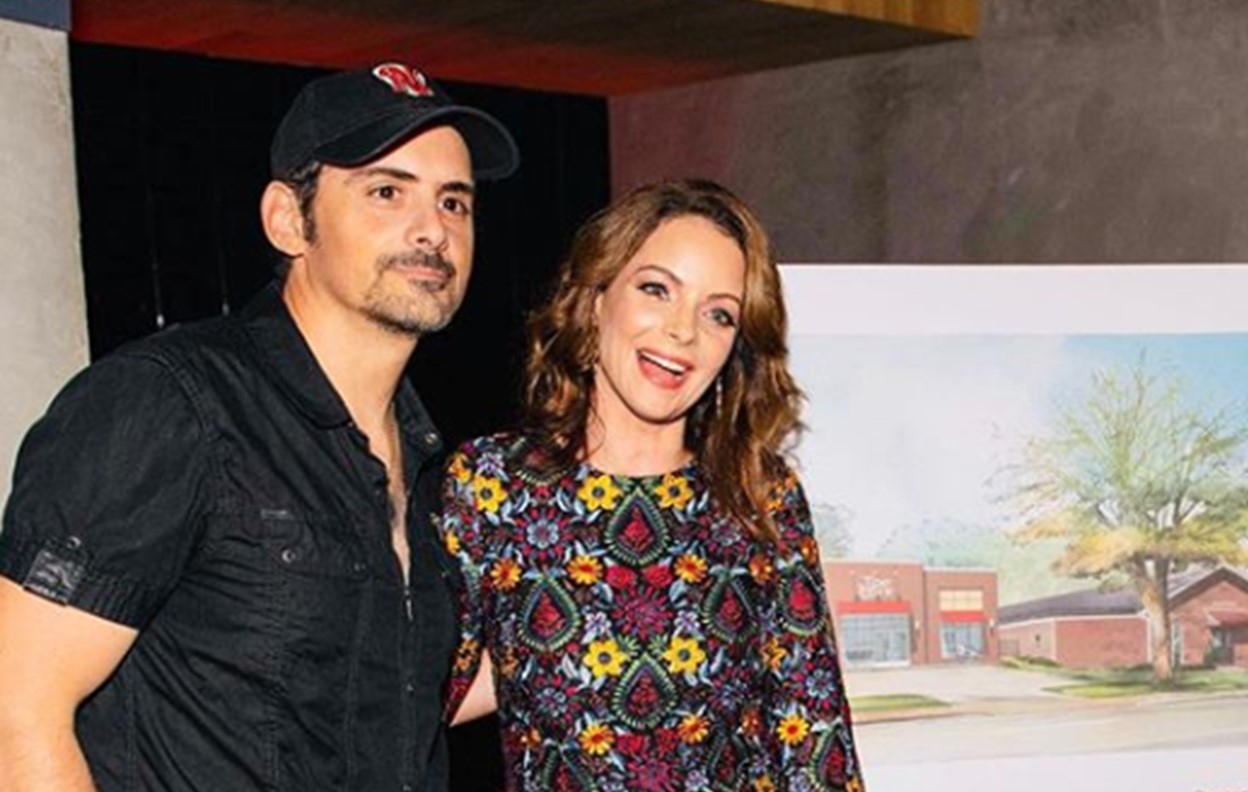 Brad Paisley and wife Kimberly Williams-Paisley's sons, Huck and Jasper, have been taught to be humble and kind above all. More here!

Brad Paisley Kids include two sons that are growing up fast.  Learn more about Brad Paisley’s family below.

Brad and Kim Paisley (where it all began)

A post shared by Kimberly Williams-Paisley (@kimberlywilliamspaisley) on Mar 15, 2017 at 5:14am PDT

While Brad and Kimberly both juggle busy careers, they make sure to take the time to instill important traits in their children.  William Hickleberry Paisley was born in February of 2007.  Jasper Warren Paisley was born in April of 2009 and mom had these nice things to say on Jasper’s latest birthday.

Happy birthday to this lover of animals, this sweet soulful boy who is too excited by and curious about the world to be bothered with things like stopping to eat. A kid who can crack up a room without even trying. This philosopher-in-the-making recently said to his older brother, “I’m willing to be the ball in the air and not the bat that hits it.” Happy birthday Jasper. You are the bat, the ball, the glove, the whole diamond. We love you! #thisis10 #birthdaygram

A post shared by Kimberly Williams-Paisley (@kimberlywilliamspaisley) on Apr 17, 2019 at 6:15am PDT

Jasper is growing up fast and here you can see the contrast from baby to 10 years old in a flash.

My HEART. Thank goodness he still loves to cuddle ten years later. I was so tired back then, getting over my c-section, juggling my toddler and my newborn and navigating the challenges of an ailing parent. Jasper is so self-sufficient now and if I don’t get enough sleep it’s certainly not his fault. Hang in there mamas of little ones. It gets easier, and you really will miss the days his sweet-smelling head fit into the crook of your neck. #10yearchallenge

A post shared by Kimberly Williams-Paisley (@kimberlywilliamspaisley) on Jan 15, 2019 at 3:29pm PST

So far they’re pretty good,” Paisley shared with Taste of Country about his kids. “I’m really happy with who they’re being at this point.”

A post shared by Kimberly Williams-Paisley (@kimberlywilliamspaisley) on Oct 5, 2018 at 3:43pm PDT

In their household, the importance of remaining humble and kind is driven home often and the musician hopes other parents do the same.  “You have to encourage that. Just encourage the good behavior,” he said of promoting these values.

I love these boys who turned me into Mom. #pastanecklace #mothersday ✨💗✨💗✨💗

A post shared by Kimberly Williams-Paisley (@kimberlywilliamspaisley) on May 8, 2016 at 7:00am PDT

For this couple, it’s not all talk. They have recently joined forces with Belmont University to open a free grocery store to serve those in need in the Nashville area. The project is called ‘The Store’ and will be located next to the university’s Ministry Center. The couple also serve on the The Store’s Board of Trustees. Learn more about their efforts here.

Besides sticking to and living those two attributes, the couple also work to limit the boys’ television time.

“We allow screen time on weekends,” he explained. “Otherwise, during the week, there’s just enough interesting things in the world without turning the TV on much of the week.”

As can be expected, enjoying music is always encouraged— the country singer-songwriter often uses his family to sample his new music.

The West Virginia native’s latest tune, “Bucked Off,” serves as a taste of his next album, the follow-up to 2017’s Love and War. Watch Paisley’s “Bucked Off” music video and see the lyrics below.

It’s been a great ride but here we sit tonight
The look in her eyes says something’s wrong
This ain’t a wild bull, it’s just a bar stool
But it’s all I can do to just hang on
And George Strait’s on the jukebox in the corner Singing about cowboys riding away, but…

You can go to Houston, Vegas or San Antone
And watch a bull rider hit the dirt
Or head down to this bar for a little cover charge
You can watch me get thrown by her
George Strait’s on the jukebox again
Says if I leave now I can still make Cheyenne, but…

Share this Brad Paisley kids update with other fans of this country music family!