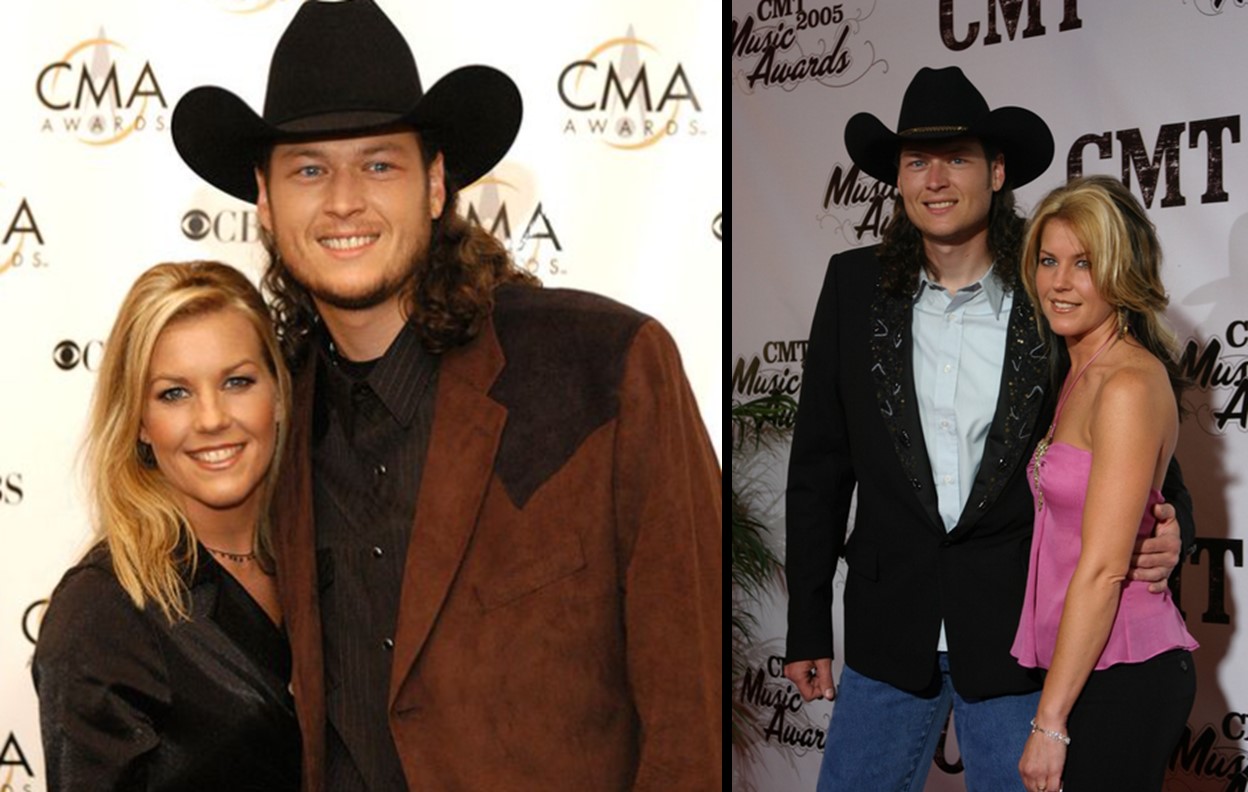 Blake Shelton‘s ex-wife, Kaynette Williams (also known as Kaynette Gern), has moved on big time since her marriage to the country music star ended due to “inappropriate marital conduct.” The pair were high school sweethearts in Ada, Oklahoma before getting hitched. As Blake shared in a 2003 CMT interview, he popped the question in a very country fashion.

“I asked her to marry me and she said yes and it was early one morning back in December, and we ended up spending the day with some friends and kind of having a party all day and had a good time. … I got in from hunting that morning, and asked her to marry me, and we went back out hunting,” the singer-songwriter confessed.

Blake and Kaynette were married in a small ceremony in Gatlinburg, Tennessee on November 17th, 2003 during Blake’s break from a tour with Toby Keith. During the early days of his career, Kaynette served as his road manager.

“I knew Kaynette was the one,” Shelton explained to Country Weekly shortly after their private nuptials. “Just because I can’t explain it I can’t say it’s because we get along or because of the way she looks. It’s just something I feel – you know what I mean? It’s nothing more than just knowing you’re right.” Sadly, this promising marriage did not last and ended in divorce in 2006. Blake went on to marry fellow country music star Miranda Lambert on May 14, 2011, in Boerne, Texas.

“After Blake and I split up, I moved from Tennessee back to Oklahoma,” Kaynette told The Enquirer in a rare 2011 interview. “But then Blake and Miranda moved back there to a neighboring town, and it just felt like Oklahoma wasn’t big enough for all of us.”

“Looking back, it was just the wrong thing all around… I married my buddy,” Shelton told Men’s Journal during a 2013 interview.

Kaynette Williams is now living a quiet life in Kansas and is an award-winning elementary school teacher. She is also married to rodeo champion Cody Joe Scheck— the world record holder for steer roping.

Oddly enough, in 2014 an Ebay listing for Kaynette’s classic Demetrios wedding gown was created. The starting bid was placed at $700, but no bids were made on this unique piece of country music memorabilia.

As we all know, Blake Shelton and Miranda Lambert divorced on July 20, 2015 after four years of marriage. The country star got engaged to Gwen Stefani in October 2020.  Blake and Gwen were married at their ranch in Oklahoma on July 3, 2021.

We wish Kaynette nothing but continued happiness. Share this closer look at Blake Shelton’s ex-wife with other country music fans!