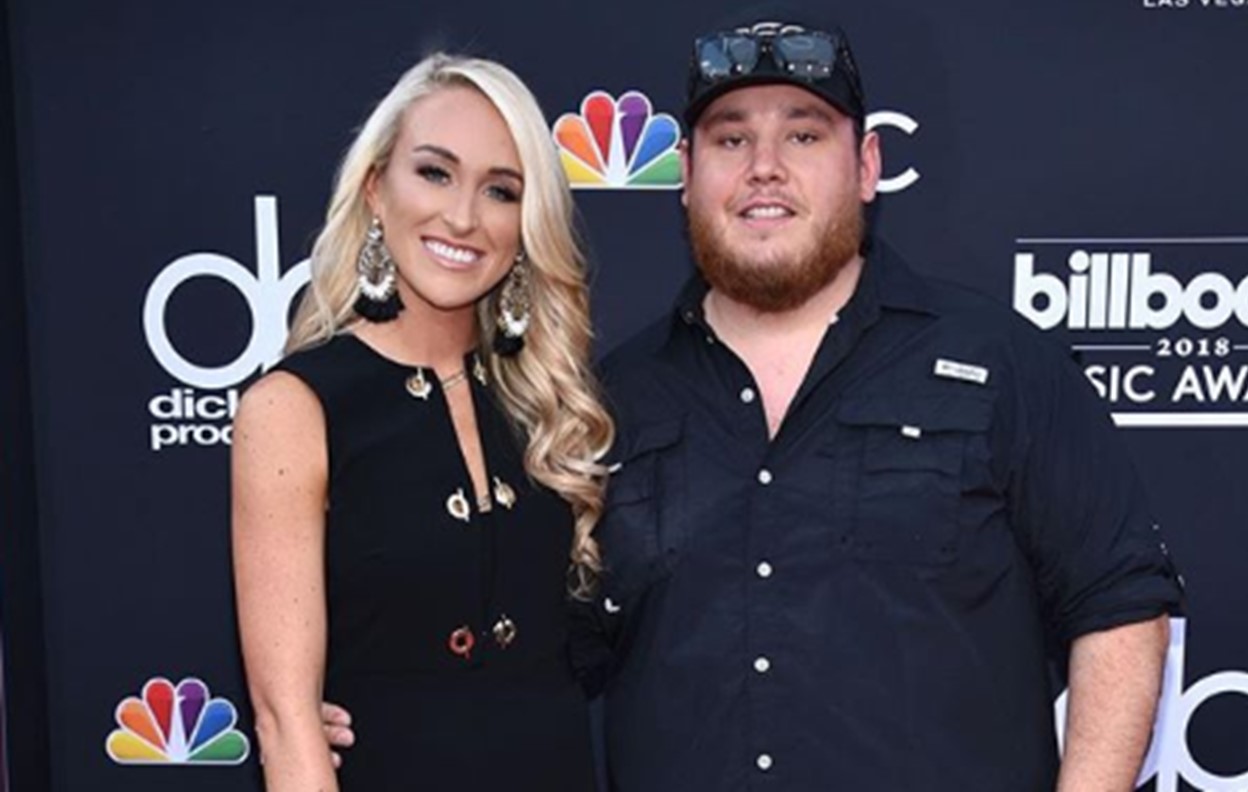 Country music star Luke Combs‘ wedding to fiancée Nicole Hocking is likely to take place sometime in 2020. The pair got engaged in November, bought a house together, and also recently adopted their dog Jojo. With all of these big changes on top of the country hit-maker’s schedule, Luke and Nicole haven’t set a wedding date or really started planning their special day yet.

WELCOME TO THE FAMILY, JOJO 🐶💙MY HEART IS SO FULL!!! (swipe for the cutest photo you’ll ever see of Luke going to pick him up)

“We’re just crazy busy. Especially this year,” Combs confessed to PEOPLE during the iHeartCountry Festival last weekend. “We just haven’t had any time to sit back and be home for more than three or four days. And it’s just a really overwhelming process, doing what we do.”

While planning a wedding is a lot of work anyway, Luke worries that his new higher profile will make things more complicated.

“Everything that you do is scrutinized or put in the public light, so it can be like: How do we do this?” he shared. “I don’t like the word ‘celebrity wedding,’ but how do you get a venue? Me and her would want to go look at the venue and make sure we like it. How do you go there and make sure that people working there aren’t going to say, ‘Hey, these people are getting married here?’”

Fortunately, Luke has about six weeks off later this year to spend time going through wedding stuff with his bride-to-be. During a recent Get Real! with Caroline Hobby podcast interview, Nicole admitted that she’s had a private Pinterest board filled with wedding ideas for years. She is also open to hiring a wedding planner to help them out.

Nicole Hocking and Luke Combs’ wedding is sure to be quite the event!

Share this update on Luke Combs’ wedding plans with other fans of the couple!