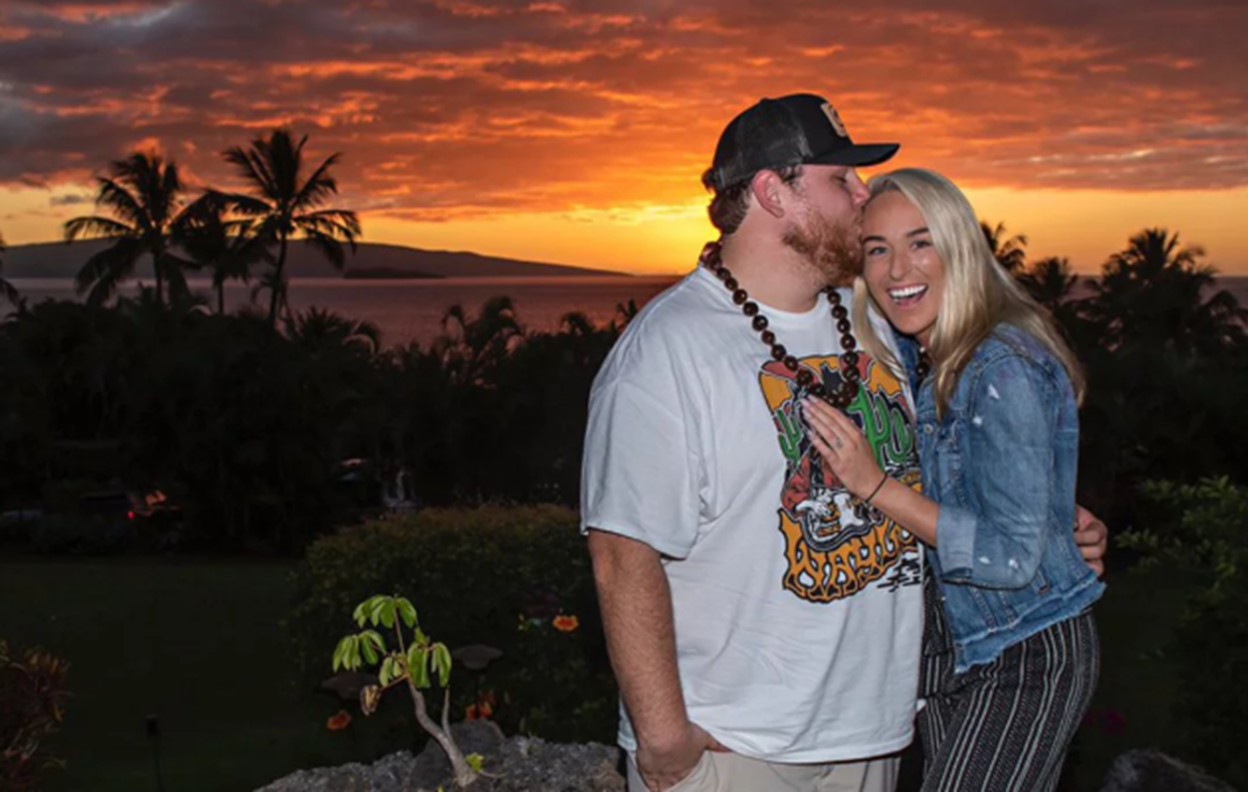 Country music star Luke Combs is officially an engaged man! The “She Got the Best of Me” singer popped the question to girlfriend Nicole Hocking!

Country music phenomenon Luke Combs is engaged to girlfriend of over two years Nicole Hocking! The love birds shared their big news via social media on Thursday from beautiful Hawaii. Apparently the North Carolina native popped the question in the kitchen prior to their vacation, but opted to include a more breathtaking piece of scenery for the public announcement!

She said yes a while ago but this is a way better place to take pictures than the kitchen. Can’t wait to spend forever with you @nicohocking I Love You! #Mahalo

Nicole playfully quipped, “You’re stuck with me forever!! I love you so much babe.”

When this couple first started their romance, Combs was working from the ground up to get noticed in Nashville and Hocking was working at Broadcast Music, Inc. (BMI).

“Everybody was like, ‘Yeah, this is never gonna work,’” Combs confessed to PEOPLE during a past interview, “and so I didn’t have anything when we met.”

Since breaking through with hit his single “Hurricane,” the country singer-songwriter has been unstoppable. He was the first solo artist to score four consecutive No. 1s on Billboard’s Country Airplay chart with his debut album—  “She Got the Best of Me,” “One Number Away,” “When It Rains It Pours,” and “Hurricane.” Earlier this month, he won the ‘New Artist of the Year’ honor at the 2018 CMA Awards.

In January, Combs will kick off his Beer Never Broke My Heart Tour with special guests LANCO and Jameson Rodgers in tow!

Congrats to Luke and Nicole! Share this news with other country music fans!