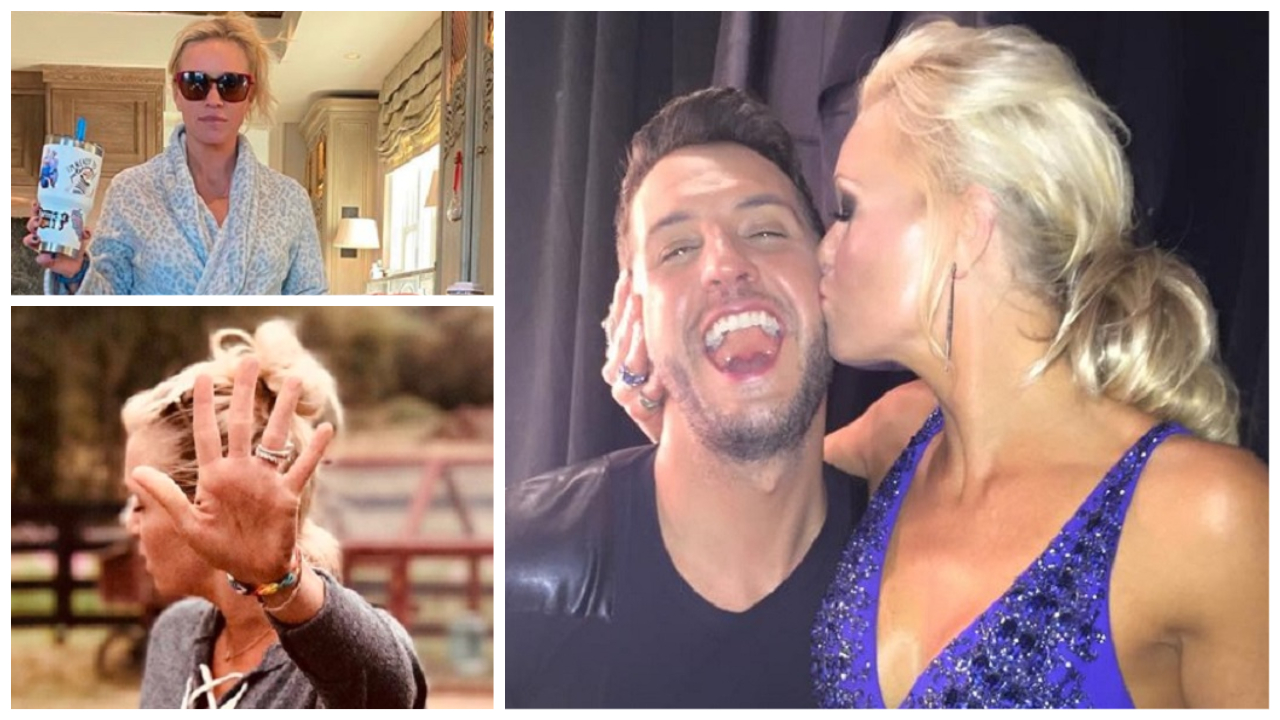 Luke Bryan’s wife (Caroline Boyer Bryan) has been married to the country singer for over 13 years.  If there was an award for the “Funniest Country Singer Wife”, Caroline would earn our pick for the past 2 years.  Watch this video compilation of Caroline Bryan’s most hilarious moments and see more details below.

Caroline and Luke first met when they attended Georgia Southern University in Statesboro, GA.  After years of on-and-off dating, Luke and Caroline got hitched on December 8, 2006 and are still going strong despite the pressures of country music fame and intense tour schedules.  The happy couple have two sons, Thomas Boyer Bryan “Bo” born on March 18, 2008 and Tatum Christopher Bryan “Tate” born on August 11, 2010. They are also raising Luke’s sister’s son, Tilden, after both of his parents tragically passed away. The family spends most of their time at their farm in Tennessee but also own a beautiful beach house in Florida.  Besides running the Bryan household, Caroline has also created Brett’s Barn in honor of their late niece, Sadie Brett Boyer. During an interview with Taste of Country Nights, Luke revealed that the living memorial to their niece coordinates with local charities to bring kids out to visit and interact with the animals. Caroline also supports The Brett Boyer Foundation, which was started by her brother and sister-in-law.

As a humor bonus, Caroline recently shared a view of her golf swing versus the rest of the family.

🎶 One of these things is not like the other…🎶 🎥 @ethanhelms

Let us know if you have a favorite Caroline funny moment.  Remember to “share” Luke Bryan’s Wife (Caroline’s) antics and funny moments with other folks that need a good laugh!