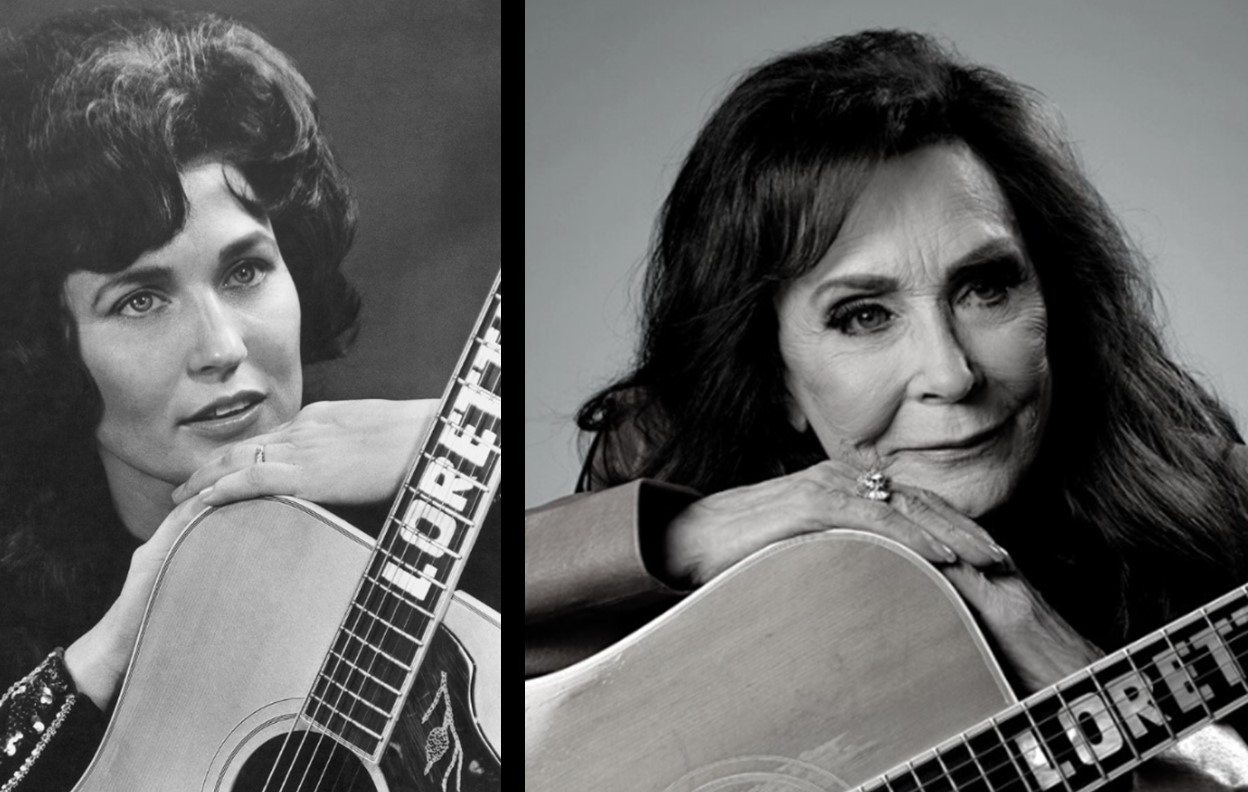 Loretta Lynn is one of the first great female country music stars . . . check out this collection of interesting Loretta Lynn facts!

Here we take a look at interesting Loretta Lynn facts across her storied career.  Country music icon Loretta Lynn was born on April 14, 1932 in Butcher Hollow, Kentucky!  Loretta was the first female country singer to win the CMA award for “Entertainer of the Year” on October 16, 1972.  The star is now 89-years-old and still going strong despite health issues over the last few years. Nothing can stop this “Coal Miner’s Daughter”!

Check out this collection of interesting Loretta Lynn facts below.

1. Loreta is known for pushing boundaries in country music. She has sung about everything from birth control to double standards for men and women.

Listen to Loretta Lynn’s “Don’t Come Home A-Drinkin’ (With Lovin’ on Your Mind)” below.

4. Loretta married Oliver “Doolittle” Lynn when she was only 15 years old. They had six children— Betty Sue, Jack, Ernest, Clara Marie, Peggy, and
Patsy. Learn more about their relationship here.

5. In 1971, Lynn began a professional partnership with country music star Conway Twitty. They had five consecutive No. 1 hits between 1971 and 1975— “After the Fire Is Gone”, “Lead Me On”, “Louisiana Woman, Mississippi Man”, “As Soon as I Hang Up the Phone”, and “Feelins'”!

6. Loretta was the first female country artist to receive a star on the Hollywood Walk of Fame in 1977!

7. In 1980, the autobiographical film ‘Coal Miner’s Daughter’ debuted with Sissy Spacek as Loretta and Tommy Lee Jones as her husband, Dolittle.

8. Lynn’s ranch in Hurricane Mills, Tennessee, is billed as “the Seventh Largest Attraction in Tennessee”. It features a recording studio, museums, lodging, restaurants, and western stores. Her historic 1800s mansion may also be haunted…

12.  Loretta is a highly award female country music artist.  In 1972, Lynn was the first woman named “Entertainer of the Year” by the Country Music Association. In 1980, she was the only woman to be named “Artist of the Decade” for the 1970s by the Academy of Country Music. Lynn was inducted into the Country Music Hall of Fame on October 10, 1988 with fellow country star Roy Rogers.  She was inducted into the Country Gospel Music Hall of Fame in 1999.[  Loretta was the recipient of Kennedy Center Honors an award given by the U.S. president in 2003. She received the country music pioneer award by the Academy of Country Music.