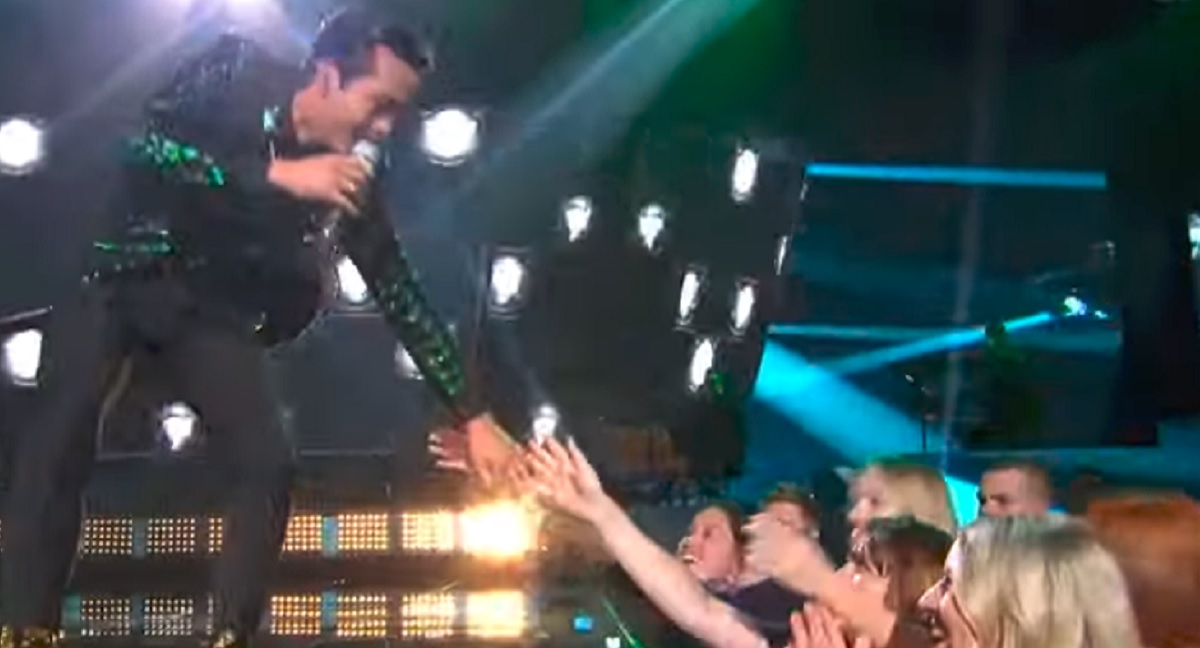 The Laine Hardy Fat Bottomed Girls performance for “Queen night” rocked the judges and the crowd as Laine advances to the Top 6 of American Idol 2019.  Louisiana native Laine Hardy hails from Livingston Parish and has Country singing roots.  Laine easily crosses over to pop and rock songs and it is unclear at this point if he will pursue a country music path moving forward.   Laci Kaye Booth is the only other American Idol contestant with Country Music roots that is left in the “Top 6” competition.  Enjoy watching Laine’s performance and check out the original Queen song below.

The judges loved his performance.  “You’re a country boy, but you’ve got to think rock star anytime you’re on stage, always,” judge Luke Bryan said after Hardy’s performance. “You’ve got to take that rock-star confidence and own that. Great job getting there with that one.”

Laine thanked the audience for advancing him to the “Top 6” round.

Top 6… thank y’all so much for all of this love and support. It’s so crazy. Love y’all. ❤️

The Queen “Fat Bottomed Girls” song was released in 1978 on their “Jazz” album.  Enjoy watching the Queen performance of the song and check out the lyrics below.

Fat Bottomed Girls was written by Brian May.

Hey I was just a skinny lad
Never knew no good from bad
But I knew life before I left my nursery (huh)
Left alone with big fat Fanny
She was such a naughty nanny
Heap big woman, you made a bad boy out of me

I’ve been singing with my band
Across the water, across the land
I’ve seen every blue eyed floozy on the way (hey)
But their beauty and their style
Went kind of smooth after a while
Take me to them dirty ladies every time

Hey, listen here
Now I got mortgages and homes
I got stiffness in the bones
Ain’t no beauty queens in this locality (I tell you)
Oh, but I still get my pleasure
Still got my greatest treasure
Heap big woman you done made a big man of me (now get this)

Get on your bikes and ride

Laine and Laci did show their country music roots and also performed a duet of “Jackson” from the film “Walk the Line”.  Both Laine Hardy and Laci Kaye Booth advanced to the final six in Sunday’s episode, along with Jeremiah Lloyd Harmon, Madison Vandenburg, Alejandro Aranda and Wade Cota.  Alyssa Raghu and Walker Burroughs were eliminated from the American Idol 2019 competition during the Sunday night round.

Remember to “share” the Laine Hardy Fat Bottomed Girls performance this with other music fans.