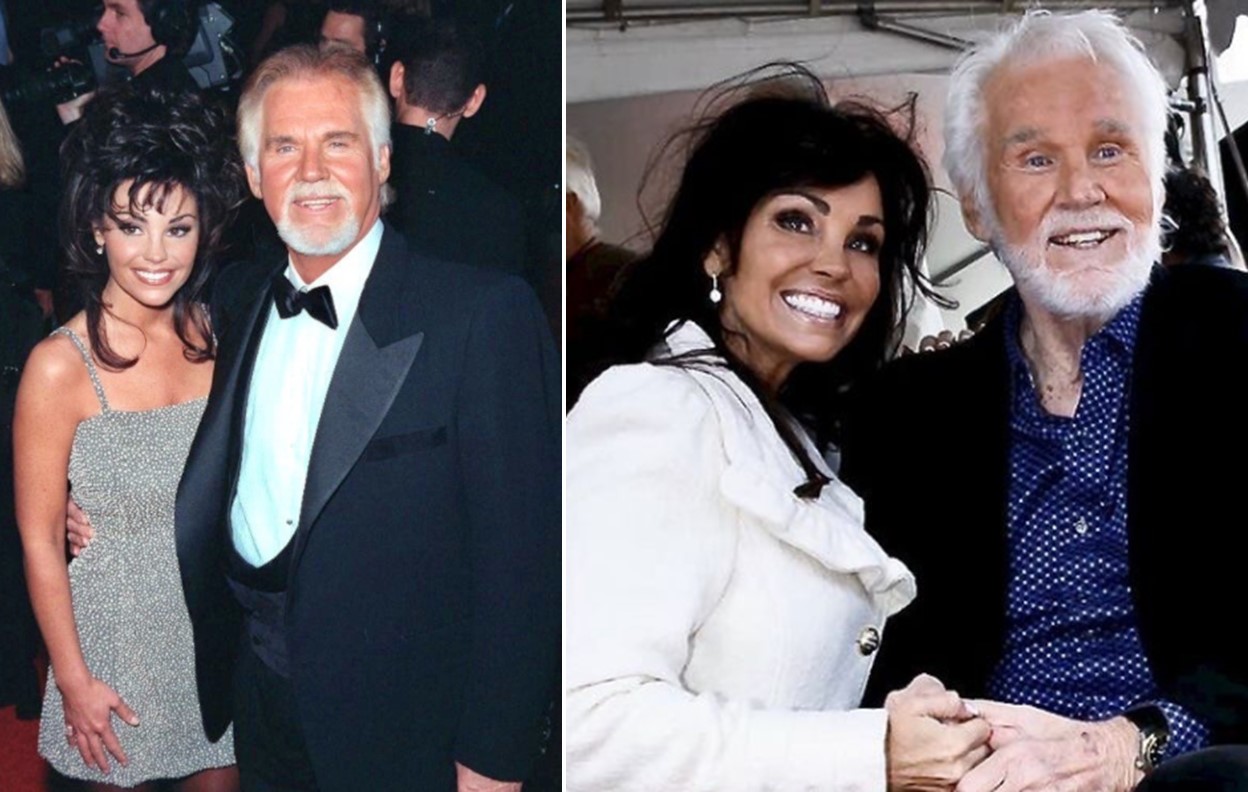 It started with a chance meeting and became the marriage they'd both hoped for--- meet Kenny Rogers' wife, Wanda Miller Rogers!

Country music icon Kenny Rogers‘ wife, 55-year-old Wanda Miller Rogers, was at his side for nearly three decades. The pair were married for over 24 years on June 1, 1997 and dated for five years prior to tying the knot. They built a wonderful life together and are proud parents of teenage identical twins boys, Jordan and Justin.

Watch the video below and read on to learn more about this lovely lady!

Everything about this ‘how’d you meet’ story makes you believe in fate. While in college, Wanda Miller worked as a hostess at Pricci Restaurant in Atlanta, Georgia. She just happened to have a shift the night Kenny Rogers came in for dinner. Rogers was meeting a blind date that night. The blind date didn’t work out, and later that evening Rogers called the restaurant and asked about Wanda. He left his phone number with one of Wanda’s co-workers. She told The Valdosta Daily Times, “I came in the next day and they all said, ‘Kenny Rogers called asking about you.’ Initially, she didn’t believe her co-workers and thought it was a joke so she threw the phone number away. After much persuasion, her co-workers finally convinced her it was real. She returned his call and they started dating. In an interview with People, Rogers shared, “She had the most beautiful smile. I just had to meet her.”

Wanda, the daughter of Charles and Teena Miller, was born and raised in Lowndes County Georgia, graduated from Valdosta High School in 1985, and has a twin sister named Tonia. Wanda and Tonia were born on November 6, 1966.  The sisters graduated from High School in 1985.  When Wanda and Rogers started dating her parents were less than thrilled. In an interview with Fox News, Rogers admitted, “Her parents are two years younger than me, they called me and said, ‘We want you to know we didn’t appreciate what you’re doing with our daughter’ and I said, First of all I don’t blame you. I don’t think I would either, but I will make you a promise. I will never lie to her and I will never lie to you.” Rogers kept the promise he made to Wanda’s parents and they became close friends.

“I really loved everyone I married. I had something special with everyone of them,” Rogers confessed. Even so, his early marriages failed. As an active entertainer, he spent a lot of time away from home. Rogers claimed, “…when you’re gone a lot or working too much, you lose the connection.” The icon retired from music in order to devote more time to Wanda and their sons. Rogers claimed that he’s finally got it right. He shared with Contact Music, “I have so much respect for her… The boys are so lucky to have her and so am I.”

Wanda and her 2 Sons:  Jordan and Justin

We are happy Kenny Rogers and Wanda Miller Rogers were able to spend quality time together at the end. As fans know, 81-year-old Kenny passed away on March 20, 2020 due to natural causes. It is hard to believe that he has been gone for over a year.

Share this closer look at Kenny Rogers’ wife with other country music fans.