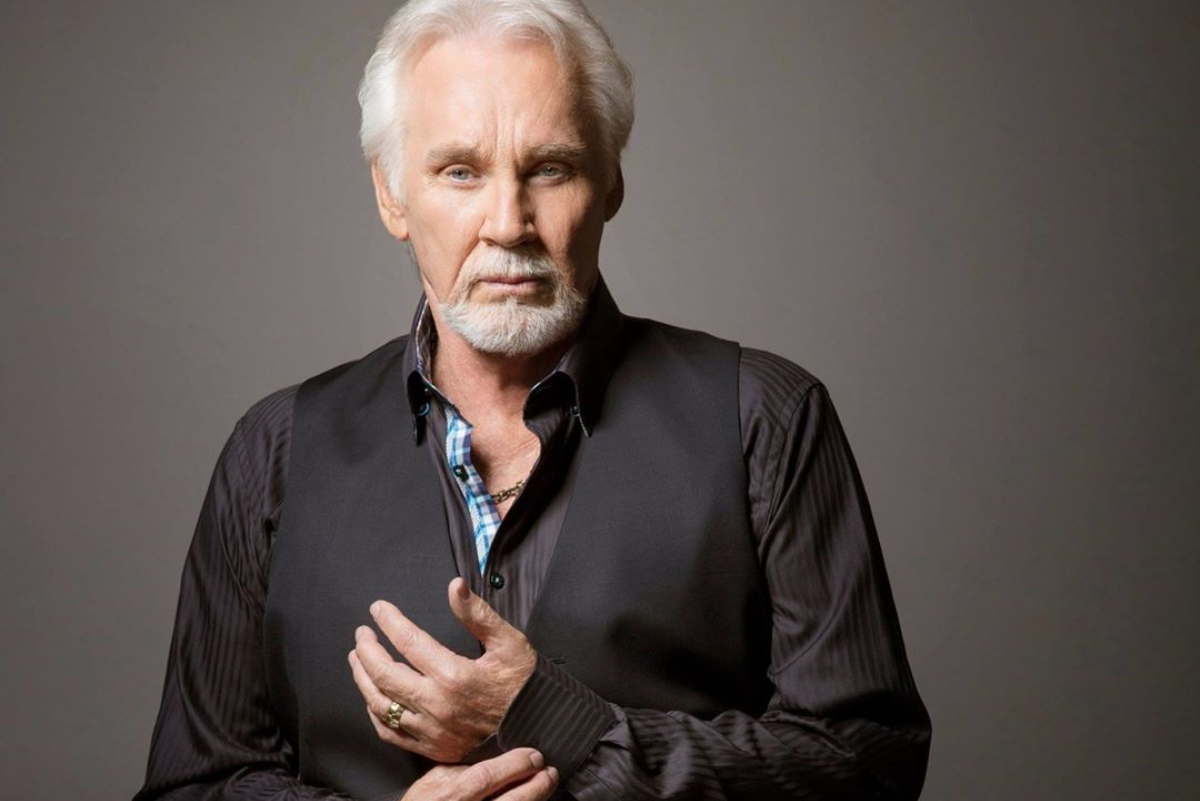 Kenny Rogers, born in Houston, Texas with six siblings, was brought up in a country home. On his birth certificate, his full name is Kenneth Donald Rogers, but his family often called him Kenneth Ray while he was growing up. Though his family was poor, he decided he wanted to pursue music by the time he was in high school. He saved up to buy his first guitar. Learn more through the Kenny Rogers bio below!

He started a “rockabilly” music group called the Scholars. They had a few local hits, but eventually, Rogers ventured out on his own. In 1958, he recorded his first hit single, “That Crazy Feeling.”

Then, he changed genres… a few times. Rogers played bass in a jazz group called the Bobby Doyle Trio and a folk-pop-style group called the New Christy Minstrels. Blending elements of country, folk and rock, Rogers formed the First Edition with a few other previous band members. They found success with a psychedelic hit, “Just Dropped In (To See What Condition My Condition Was In).” The group eventually came to have their own music show and became known as Kenny Rogers and the First Edition.

Surprise, surprise. Rogers left the group in 1974 to pursue a solo career again, focusing on country music this time. His first top 20 hit was “Love Lifted Me,” and two years later, he found the top of the country charts with “Lucille.” The ballad discusses a man being left by his wife, and it brought Rogers his first Grammy for Best Male Country Vocal Performance.

Rogers scored quite a few more hits after this, and his hard work and success led him to duets with a few big names.

Rogers recorded a few hits with country’s Dottie West, three of which reached No. 1 on the country charts. “Every Time Tow Fools Collide,” “All I Ever Need Is You” and “What Are We Doin’ in Love.”

He was a unique artist, crossing genres and enjoying his time on both country and pop charts. Just when we thought he did it all, he turned to acting. Rogers starred in movies inspired by his songs: The Gambler, Coward of the County, and on the big screen, Six Pack.

In 1983, Rogers recorded “Islands in the Stream” with country legend Dolly Parton. Together, they won an Academy of Country Music Award for Single of the Year.

“Music is what I am, but photography would probably be second,” he told People.

In 1991, he started a restaurant franchise: Kenny Rogers Roasters. It was later sold in 1998, the same year that he created his own record label: Dreamcatcher Entertainment. From there, he released another album called She Rides Wild Horses, bringing him back to his musical talent.

He proved that he was a country music force to be reckoned with.  in 2000, Rogers became the oldest artist in chart history (at age 61) to have a No. 1 solo record on the country chart with “Buy Me a Rose.”  Kenny received a star on the Hollywood Walk of Fame on September 14, 1979.

In 2004, Rogers was turning 66 years old. Just a month before his birthday, his fifth wife, Wanda, welcomed twin boys Jordan and Justin. His life was about to get crazier!

“They say that twins at my age will either make you or break you. Right now, I’m leaning towards break,” he said, noting that he wished he had their energy. Rogers has three other children from his previous marriages as well.

In 2009 and 2012, he celebrated his long-lasting career with creating a musical retrospective project and publishing an autobiography. Later in 2012, Rogers released another album and was inducted into the Country Music Hall of Fame the following year. He announced a farewell tour in 2016.

Rogers was still performing into 2018, though, and eventually had to cancel a series of shows due to health challenges.

“I could never properly thank them for the encouragement and support they’ve given me throughout my career and the happiness I’ve experiences as a result of that,” Rogers said in a statement about the cancellations.

Kenny Rogers passed away on March 20, 2020 at 81 years old.  Throughout his career, Rogers experienced many ups and downs and faced many changes. Nonetheless, his career came out on top, and he became a well-known country star that is well-loved by the industry.

Share this Kenny Rogers bio and key facts with other country music fans!