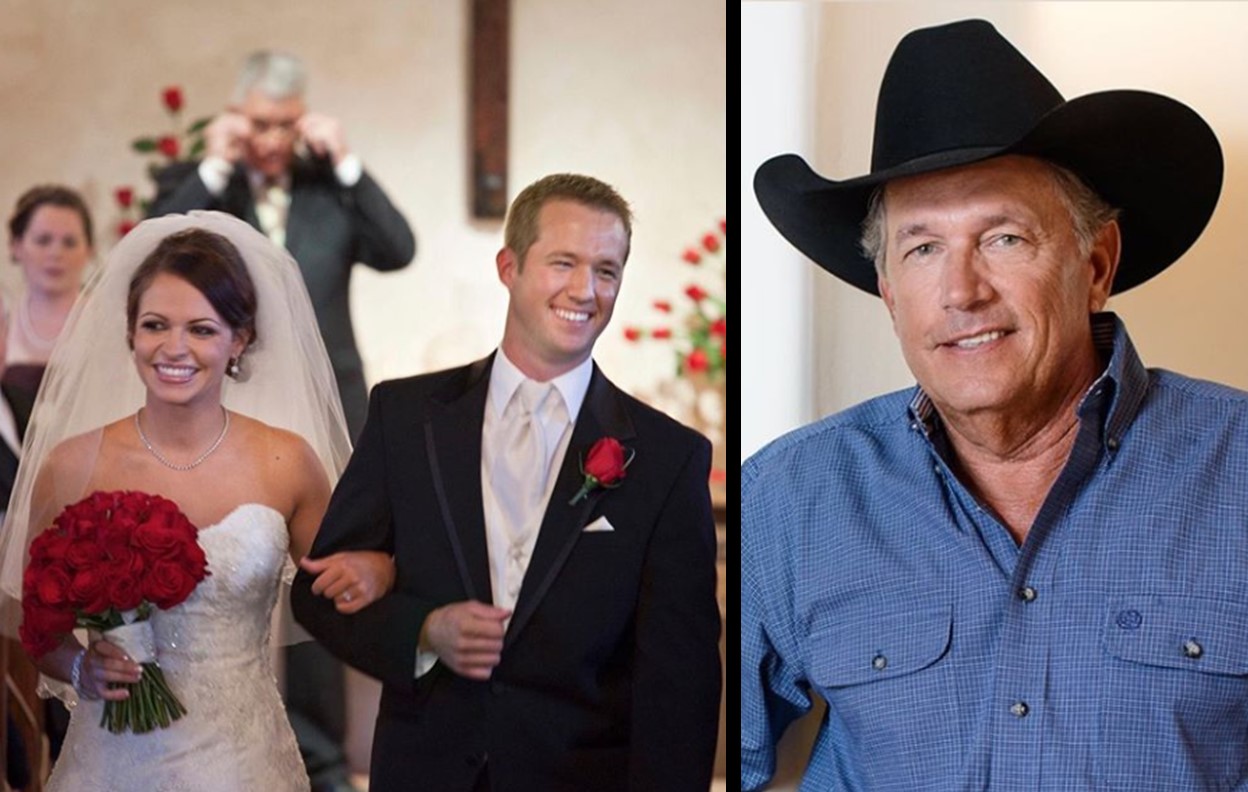 George Strait's son shares his passion for rodeo and country music with his famous dad. Enjoy reading more about the publicity-shy Bubba Strait!

George Harvey Strait Jr. aka “Bubba” in now 40 years old (born May 14, 1981).  He is the second child of George Strait and Norma Strait. While in college at Texas A&M, Bubba Strait began his competitive rodeo career. After graduating, he became a Professional Rodeo Cowboys Association (PRCA) team roper. Team roping is a passion shared by Bubba and his father. “It’s the greatest feeling in the world to watch my son win a roping, or even to just watch him compete”, states George Strait in a 2004 interview with The Team Roping Journal.  He adds, “Bubba and I have been fortunate to win a couple of buckles together, and that, my friends, is the ultimate.” Team roping isn’t the only passion these two share. George Strait’s son has also shown talent as a songwriter.

On August 11th, 2009, George Strait released his 38th album (26th studio album), Twang. The album was Strait’s fifth to debut at No. 1 on the Billboard 200. It also marked the first time since 1982 that the “King of Country” had songwriting credits on a record, including the first single, “Living for the Night,” co-written with the legendary Dean Dillon and George’s son. Bubba Strait co-wrote three songs and solo wrote “Arkansas Dave” for the album.

Currently, Bubba and his wife of nine years, Tamara, make their home in Texas hill country with their young children Jilliann Louise Strait (4) and George Harvey Strait III aka “Harvey” (9). Tamara is a successful realtor who is dedicated to organizations such as the Methodist Hospital’s Children’s Center, Wish For Our Heroes, and David Feherty’s Troops First Foundation.

Bubba and Tamara’s Daughter, Jilliann, as a Newborn

Some of Bubba’s favorite songs include the following:

In a 2009 interview with Cowboys and Indians, Bubba shared the following about writing with his dad, “It’s awesome!  We like all the same stuff, so we seem to agree on music too, for the most part.” When asked about what inspired him to write about Arkansas Dave, he states, “I love stories about outlaws and gunslingers, and I always thought it would be cool to write an outlaw song.” He’s song is loosely based on real life outlaw, Arkansas Dave Rudabaugh. Tony Brown, Strait’s producer since his 1981 said in publicity materials: “That one sounds like a Johnny Cash song to me. I had George’s harmony singer, Marty Slayton, listen to how June Carter would harmonize with Cash to get more of that flavor. She nailed it, and it helps make the song sound unlike anything George has ever cut.”

Watch the George and Bubba Strait perform “Arkansas Dave” below!

Be sure to share this look at George Strait’s son and his family with other country music fans!