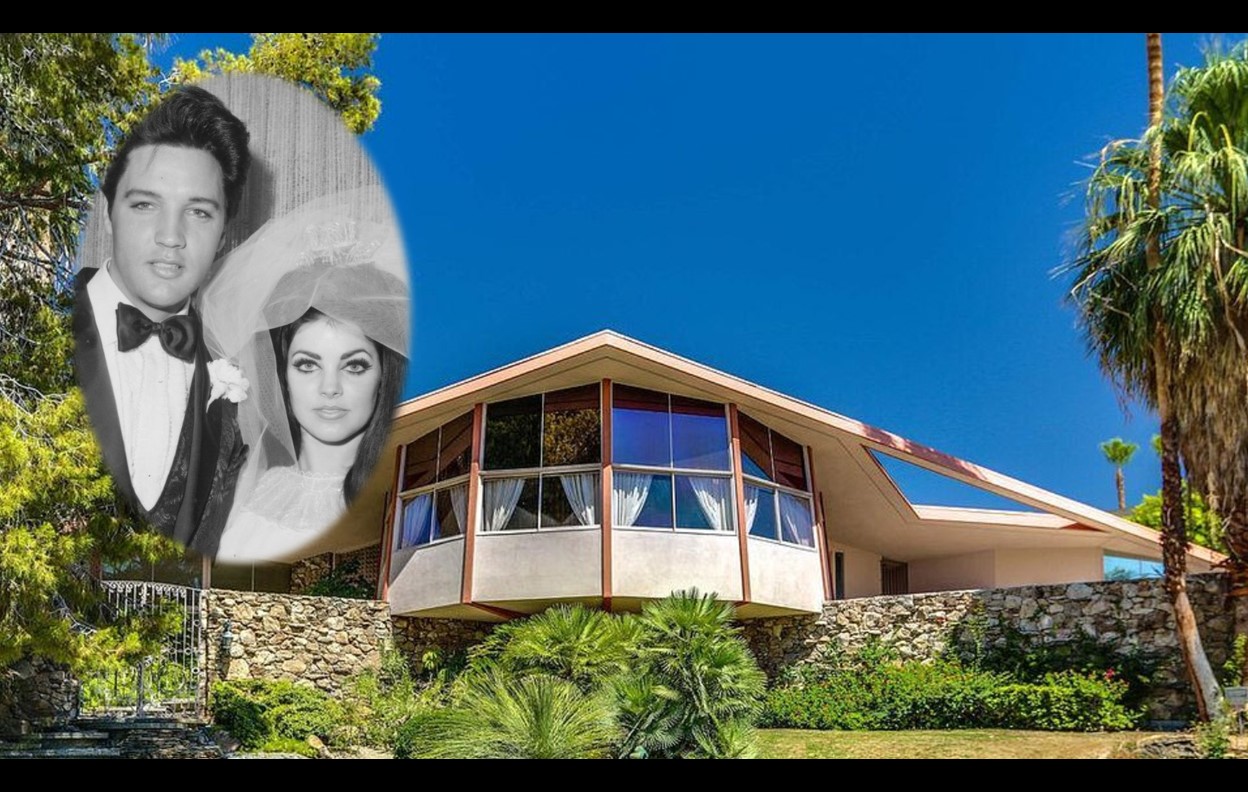 Elvis Presley's honeymoon retreat in Palm Springs, California has hit the market again! More on the property that hosted the star and his wife here.

The futuristic Palm Springs, California home where Elvis and Priscilla Presley stayed immediately after their 1967 Las Vegas wedding has been put back up for sale! The former couple married on May 1, 1967. Elvis was 32, while Priscilla was just 21. Their daughter Lisa Marie was born less than a year later on Feb. 1, 1968. The new asking price for Elvis Presley’s honeymoon retreat is $3.2 million — down from a previous asking price of over $9 million in 2014.

Architect William Krisel designed the unique 5,000-square-foot home which features floor-to-ceiling windows, floating staircases, a see-through fireplace, stone accented walls, and a swimming pool in the backyard. The place was built in 1960 and still retains the touches from that era. All art— some depicting Elvis Presley himself— and furnishings are included in the sale of the property. View the five bedroom, five bath estate’s listing and photos here.

This isn’t the only piece of property that has recently come up for sale with a strong connection to this period of The King’s life. In 2018, the mobile home where Elvis and Priscilla spent some of their time as newlyweds hit the auction block. The 60-foot humble hideout was previously stationed at his 163-acre Circle G Ranch in Tennessee, which allowed the legend and his closest friends to escape the limelight while remaining near Graceland.

In 2017, Elvis’ 1962 Lockhead Jetsar private plane was auctioned off for $430,000. Fortune reported that the plane had been sitting on a runway in Roswell, New Mexico for over three decades and had no engines. If the aircraft is fully restored by the new owner, they could earn millions off of this extremely unique piece of memorabilia. The Lockhead Jetsar isn’t the only aircraft once owned by the cultural icon, his two other planes are currently on display at the Elvis Presley Museum in Memphis, Tennessee.