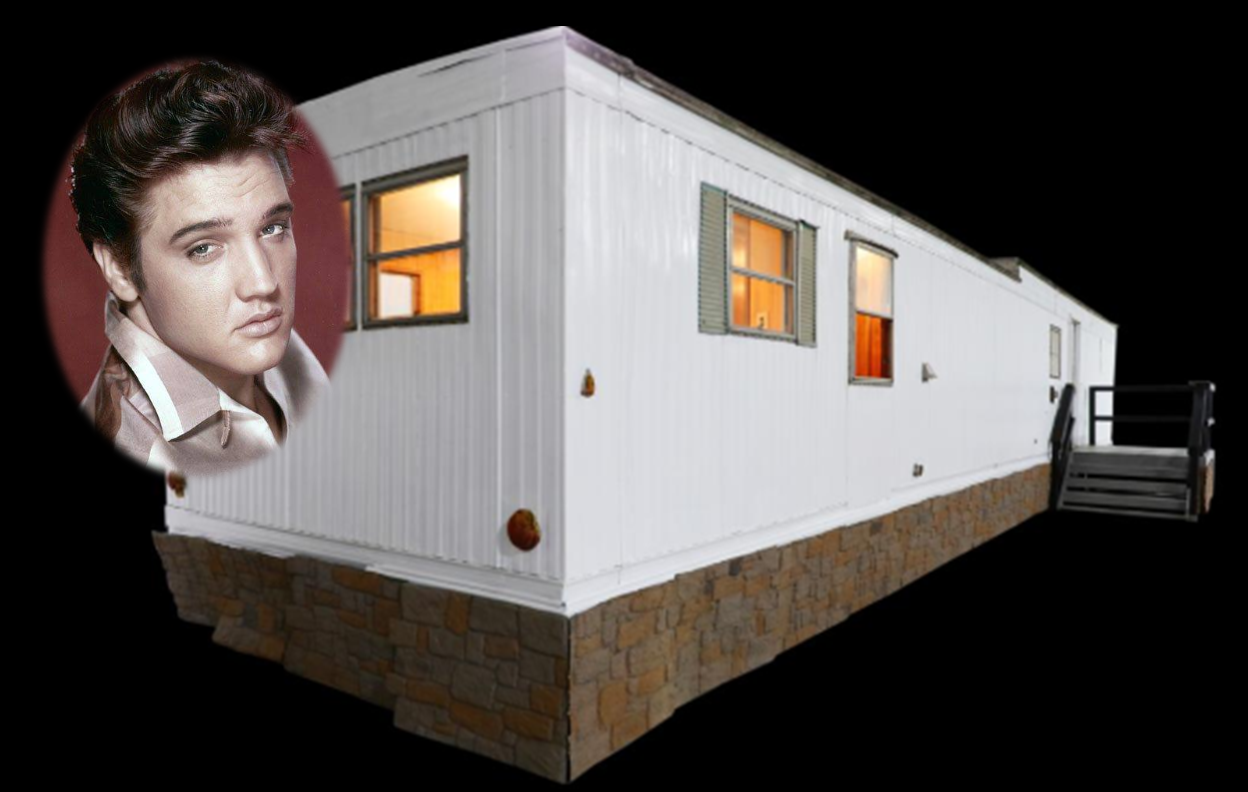 Elvis Presley’s mobile home and several other items inked to the legend have been placed up for auction! Check out what's available here!

Musical icon Elvis Presley‘s mobile home is being auctioned off 41 years after is death. The King of Rock and Roll enjoyed relaxing in the 60-foot mobile home, which was stationed at his 163-acre Circle G Ranch. This humble hideout allowed for the star, former wife Priscilla, and their closest companions dubbed the “Memphis Mafia” to escape the limelight while remaining near Graceland.

“The mobile home, it’s just one of the coolest pieces we’ve ever had,” Brigitte Kruse, lead auctioneer and co-founder of GWS Auctions shared with CNN Travel.

The interior of the home has been meticulously restored to look as it would have back in the 1960s. Yes, plenty of gold accents can be found throughout the place. As fans know so well, Elvis loved his gold finishings!

This piece of the Mississippi native’s personal history is up for auction as a part of GWS Auctions’ “Legends: Iconic Film & Music Memorabilia” sale and bidding is currently open. Not only will the winning bidder scoop up a very unique piece of memorabilia, the buyer will also score the original paperwork featuring Elvis’ signature.

“It’s incredible to have a notarized signature of Elvis Presley,” Kruse added. “It’s really a very, very special thing and it is a museum-quality piece.”

According to the auction catalog, Elvis and Priscilla spent a portion of their honeymoon at the mobile home. The trailer is where Elvis spent some of his happiest days and is on axles and tires, ready to move.

“It is literally a traveling attraction as it is,” Kruse pointed out.

Besides the motor home, this auction includes other items once owned by Elvis: his custom prescription sunglasses, several pieces of gold jewelry, multiple vehicles, stage costumes, his bible, and much more!

Go here to view pictures of the mobile home and learn more about its history!

In 2017, Elvis’ 1962 Lockhead Jetsar private plane was auctioned off for $430,000. Fortune reported that the plane had been sitting on a runway in Roswell, New Mexico for over three decades and had no engines. If the aircraft is fully restored by the new owner, they could earn millions off of this extremely unique piece of memorabilia. The Lockhead Jetsar isn’t the only aircraft once owned by the cultural icon, his two other planes are currently on display at the Elvis Presley Museum in Memphis, Tennessee.