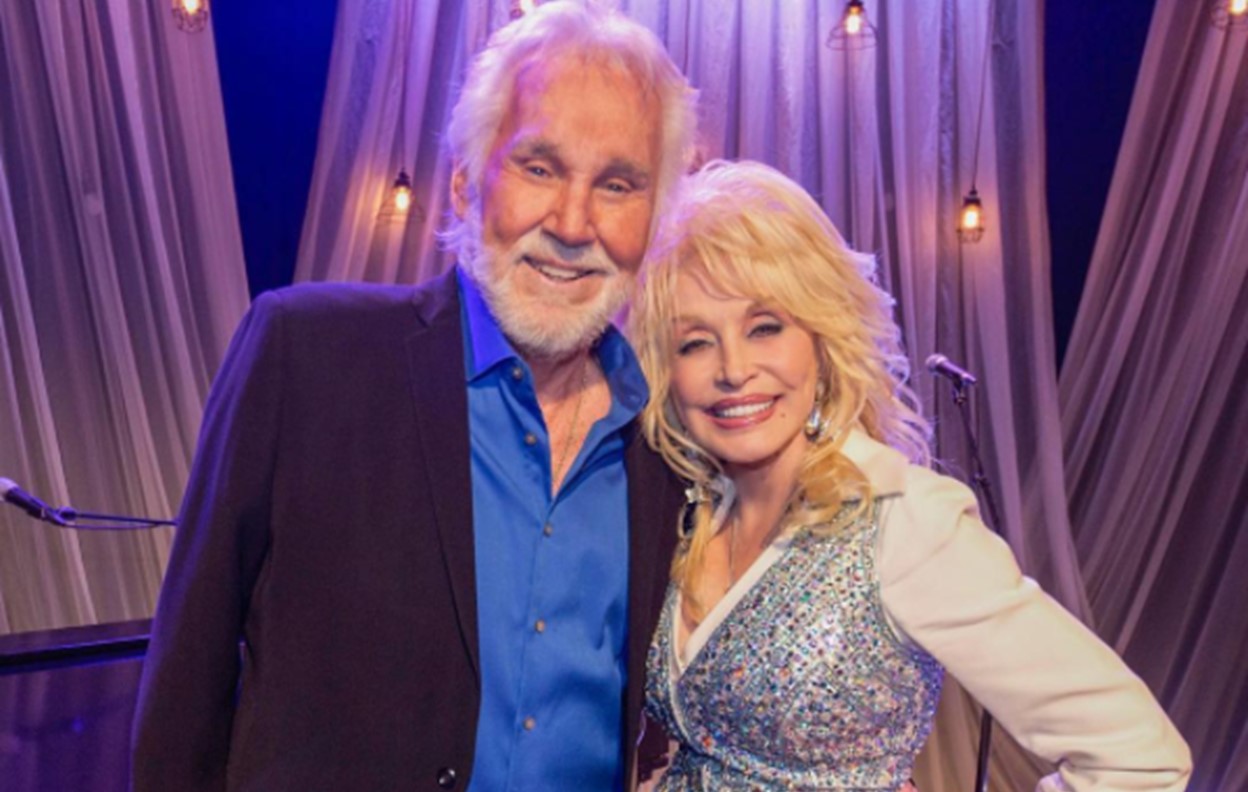 For longtime country music fans, Dolly Parton and Kenny Rogers are household names. Over the years, the two of them have put out numerous country hits as a duo. On October 25th, Dolly Parton made an appearance during the “All In For The Gambler: Kenny Rogers’ Farewell Concert Celebration”event, which featured performances from country stars such as Chris Stapleton, Little Big Town, and Reba McEntire.

🎶 Islands in the stream, that is what we are 🎶

After the celebration, Parton met up with an interviewer from CMT. In the interview, Parton spoke about her friendship with Kenny Rogers, “Kenny’s friendship means more to me than our hit records. Actually, we’re kind of soul mates. He’s from Texas and I’m from Tennessee. There’s an old famous country song ‘T for Texas, T for Tennessee.’ We always sing that to each other. I love his singing. I love his voice. I never tire of hearing him sing. And I think our voices blend great, so I’m really proud of the musical part of that as well.”

After so many years of perfect collaborative bliss, Dolly Parton is saddened by the prospect of Kenny retiring. “Kenny is just dear to me and I can’t believe we’re old enough for him to think about retiring. I guess he’s a little tired of it. He’s done it all his life as well. I’m so proud that I’m going to get to be there with him to see him go out in fine fashion, and I’m going to give him all kinds of trouble that night I’m sure.”

In case you missed the “All In For The Gambler: Kenny Rogers’ Farewell Concert Celebration” show, it was filmed and is supposed to be released for sale at some point in the near future. However, an official date has not been determined yet.

Performing with my friend Kenny Rogers has been one of the great joys of my life. Let's do it one more time tonight, Kenny! #AllInForTheGambler

If you’re looking for some of the pair’s biggest hits together, take a listen to “Islands in the Stream,” “Love is Strange,” and “You Can’t Make Old Friends.” Hopefully their friendship continues to grow forever!

Enjoy listening to the very timely “You Can’t Make Old Friends” below!

Be sure to share this piece with other fans of these two country superstars!