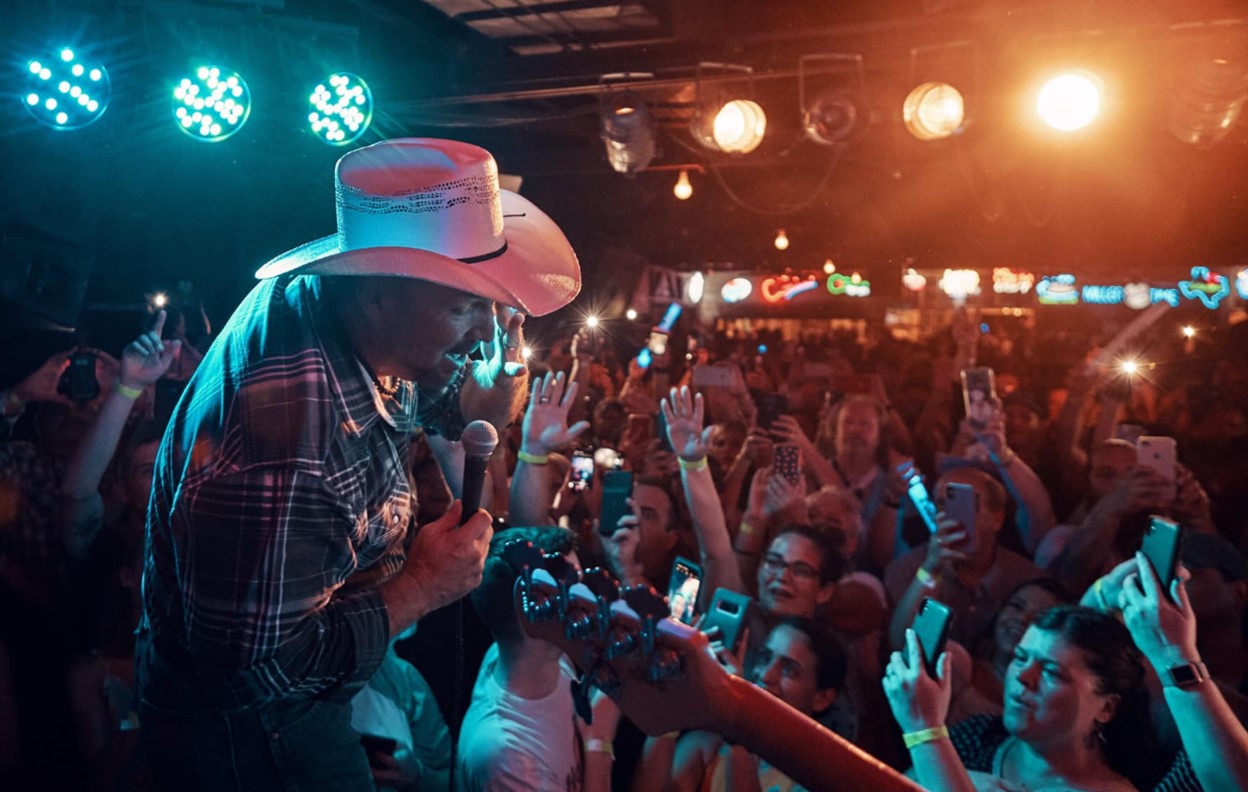 Country music superstar Garth Brooks‘ Dive Bar Tour will continue into 2020! Brooks shared the news on Monday night (12/ 9) during his weekly Inside Studio G broadcast via Facebook Live. Originally, the tour was only supposed to run a total of seven shows.

“It is official. It’s like, why stop eating ice cream, right? … The dive bars are just too good, so we’re gonna continue them through 2020,” Brooks announced. “You’re lucky enough to do stadiums, arenas, theaters, outdoor shows, whatever … dive bars might be hittin’ that sweet spot for me.”

The star’s sixth and seventh Dive Bar Tour shows took place on Monday, December 2nd. The sixth concert was held at Prospectors in Mt. Laurel, New Jersey, just outside of Philadelphia. Later that evening, the seventh concert kicked off at Six String in Foxboro, Massachusetts. To score tickets, fans had to listen to local country radio stations and be at least 21-years-old.

In addition to those two stops, Brooks has also played Joe’s on Weed Street in Chicago, IL, Buck Owens’ Crystal Palace in Bakersfield, CA, Gruene Hall in New Braunfels, TX, The Barn in Sanford, FL, and The Dusty Armadillo in Rootstown, OH!

The star’s new single, “Dive Bar,” featuring Blake Shelton, which helped inspire the Dive Bar Tour, is available on Amazon Music. The song was the most added song at country radio upon its debut and is taken from Brooks’ forthcoming studio album FUN, and is his first musical collaboration with Shelton.

Share this update with other Garth Brooks fans and stay tuned for more information on the Dive Bar Tour as it comes out!

Well turn that bottle up and drink it
Crank that jukebox up and Hank it
Bartender, pour another round
Here’s to our best bad decisions
Situation no conditions
Oh and memories we all need to drown
So fill your cup
Raise it up
Jump in and join the club
And float this whiskey river reservoir

Problems, we all got ’em
Let ’em sink down to the bottom
Doesn’t matter who or where you are

We’re gonna spend the weekend in the deep end
The water’s fine, ya’ll so just come on in
To the deep end of a dive bar