Did You Know Johnny Cash Was On Sesame Street? [VIDEO] 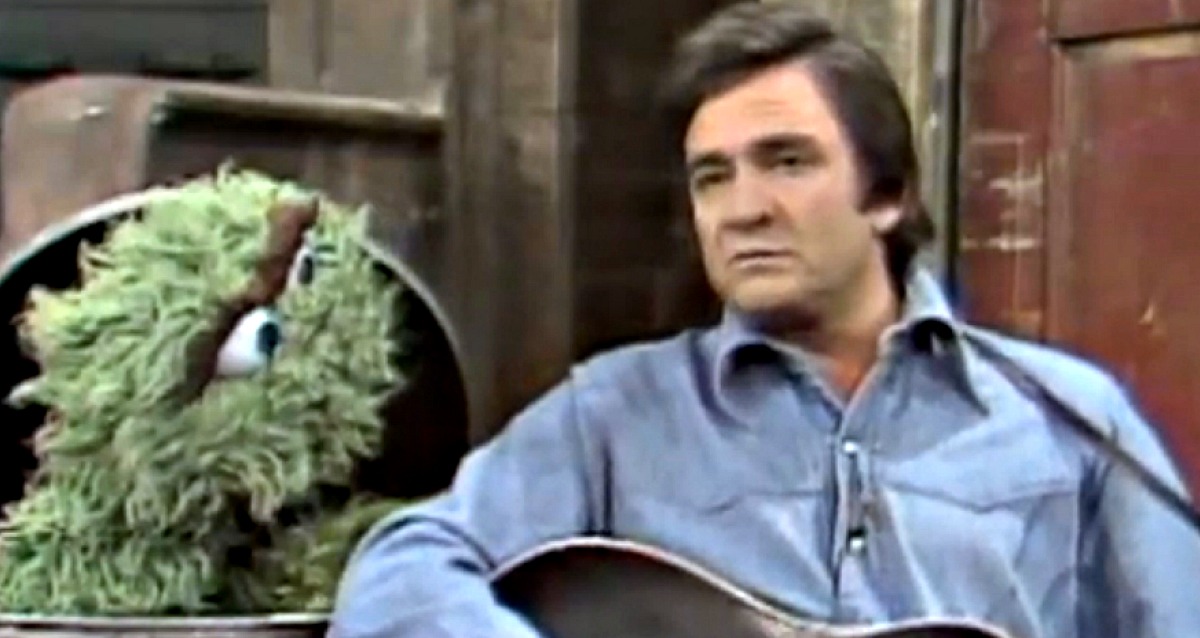 The Man In Black visited the iconic children’s television show Sesame Street in its 5th season and made a fan out of Oscar the Grouch and many young folks!

Sesame Street has been a cultural icon for over 50 years and has hosted a staggering amount of guest stars!

Country music has certainly been represented well, especially when in the 1970’s the great Johnny Cash stopped by for a visit on Sesame Street.

“There goes my kinda guy,” Oscar says in the video, “Have a rotten day.”

Johnny Cash was a family man, despite his reputation of being a bad boy of country music. He had five children altogether including four daughters with his first wife Vivian Liberto and one son with his second wife June Carter Cash. We are sure his own children and grandchildren took delight in seeing him on the famous children’s program Sesame Street!

Watch the video below of Johnny Cash singing “Nasty Dan” for Oscar The Grouch, followed by the playful lyrics to the song!