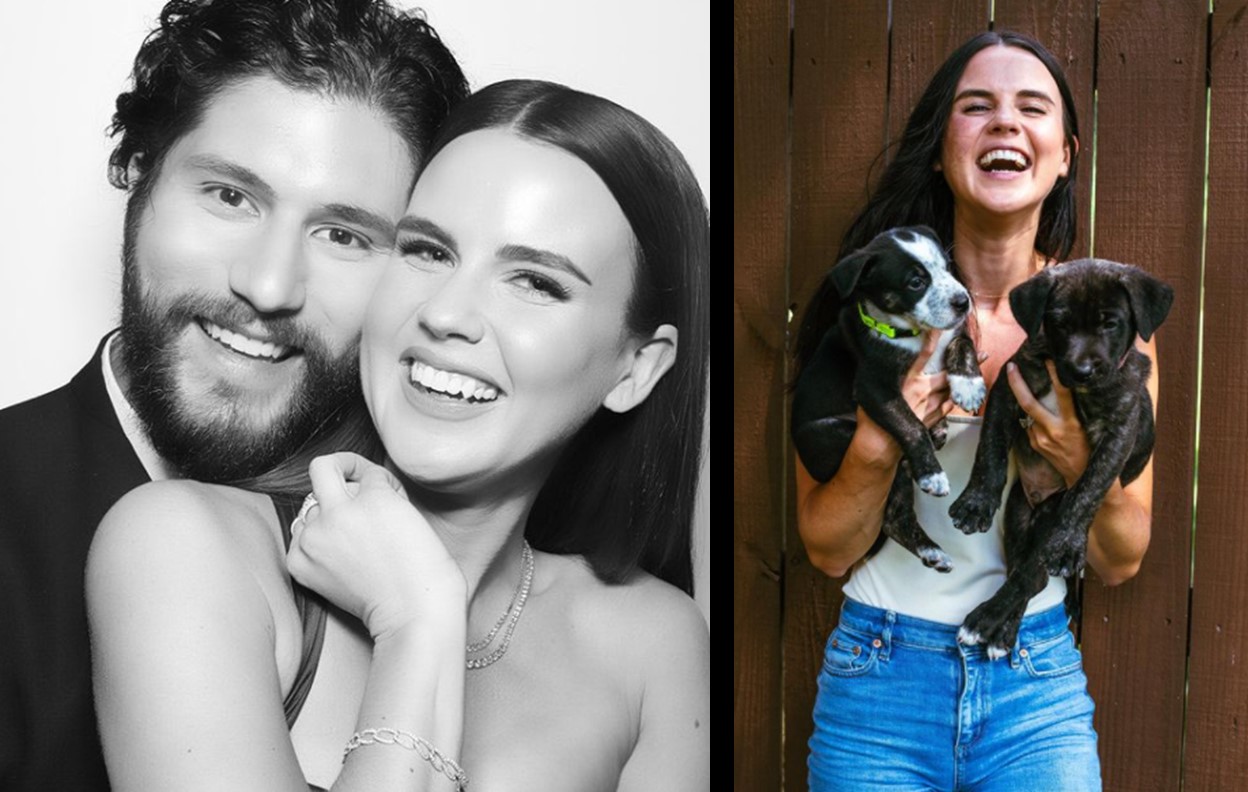 Dan + Shay are a great pair on the stage, but Dan Smyers' wife, Abby Law, is truly the artist's perfect other half. Get to know her here!

Country music is full of great love stories. Country music duo Dan + Shay make up two halves of a duo that often sing about their personal love lives and reflect on their own relationships. Meet Abby Law, who is Dan Smyers’ wife and other half off of the stage!

Dan Smyers married his longtime love, Abby, on May 13, 2017. They dated for three and a half years knowing they would marry in the future. In November 2016, Smyers ended up proposing to Abby on a beach in Hawaii during a vacation. Six months later, they tied the knot to finalize their love for each other and start the next chapter of their lives as one unit.

Law is one of Smyers’ biggest supporters, quitting her stable job to take a leap of faith on his music even before they were engaged. Luckily, the music and the relationship all worked out in the end for a happily-ever-after.

You could say their love story is out of a fairy tale. Smyers says the whole process from engagement to marriage was smooth because the two were so comfortable with each other. It seems that marriage didn’t change that much for their relationship. After all, she still has to share her hubby with his musical partner, Shay Mooney, who was obviously a part of their wedding. In return, she gained a friendship through Mooney’s wife, Hannah Billingsley Mooney.

“Everybody’s story is different, everybody’s timeline is different,” Smyers told People before the wedding. “By the time we got engaged, we were so familiar with each other that there wasn’t anything foreign or scary.”

The signs were there. These two were meant to be together and they both knew marriage was in the forecast. Smyers even told Taste of Country that everyone was asking when he would pop the question, including Abby herself! His response was along the lines of “It’ll happen. It’s only a matter of time.”

Despite Smyers growing up in Pennsylvania, the couple got married in Nashville, an important city for their relationship. Not only is it Music City, but it is where Smyers’ and Law’s relationship really blossomed. They met in 2013 at an animal rescue center, planting the roots that would lead to a beautiful marriage.

Their mutual love for animals is more than just rescue. Both are vegetarians and even included a Nashville-based rescue shelter in their wedding registry. Guests could donate to help the animals there instead of giving gifts at the wedding. An Instagram photo after the couple’s engagement showed their lifetime commitment to each other and to dog-rescuing:

Together, Dan and Abby have rescue dogs! Chief, Joy and Ghost all had a role in their wedding ceremony. They are also frequent foster parents, providing a home for pups until they get adopted permanently.

“Wouldn’t have been our wedding without the most important members of the wedding party,” Law posted on social media after the ceremony. Don’t worry, they both appreciated the family and friends in attendance, too! Law often expresses her strong affection and their mutual love through the photos she shares. It is easy to see the fun, humorous and romantic sides they feel within their relationship.

“The father to our canines. The keeper of my heart. The hardest working man I know. My best friend. My partner. My husband. Thank you for making my dreams come true and choosing me to walk beside you in this life,” Dan Smyers’ wife Abby lovingly shared about her hubby.