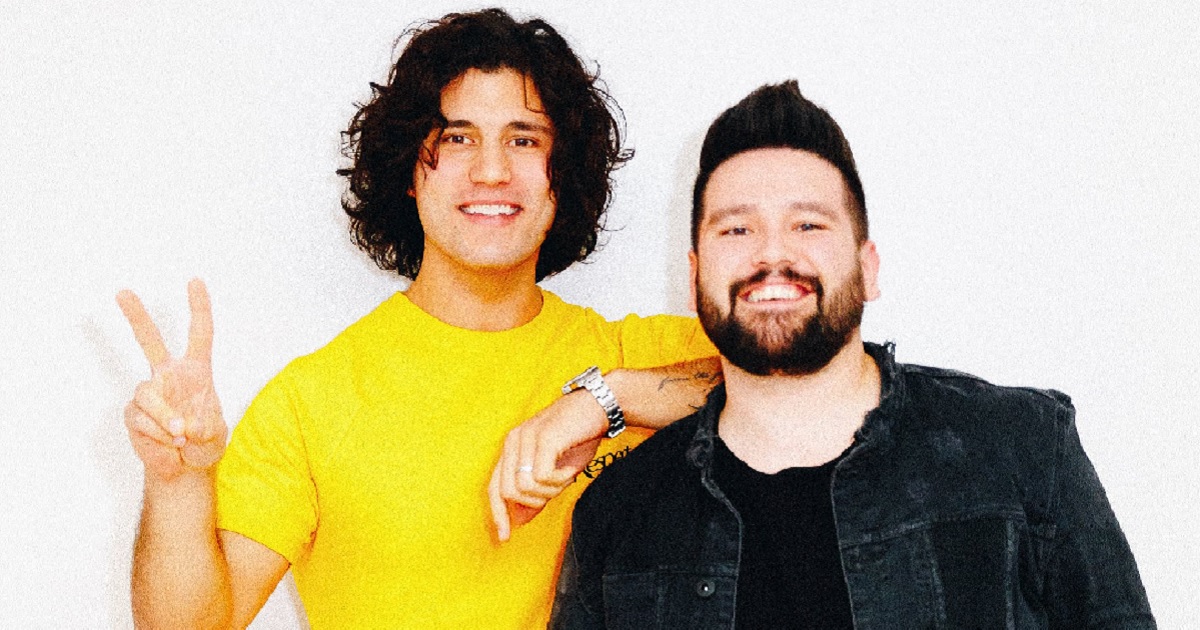 See how much you know about Country Music duo Dan and Shay . . .

Dan and Shay have been a successful country music songwriting and singing duo since December 7, 2012 when they first met.  Given the duo band name, Dan and Shay have several aliases (Dan+Shay, Dan Shay, Dan + Shay, Dan & Shay, Dan n Shay, Dan plus Shay).  The two singer songwriters met at a house party in Nashville on December 7, 2012 and started working together in the living room of Dan Smyers’ home.  “We met in December, actually, at his house, at a party,” Mooney stated in an interview  “I get to this party, I’m walking in this old house,” he laughs, adding, “It was a terrible house, of course, a typical Nashville starting-artist house.”   The two musicians got along well and started writing songs and performing together soon after their initial chance meeting at the house party.

Get to know more about this famous Country Music duo below.

Some folks question “Dan and Shay which is which?”.  Here we will profile each member of Dan+Shay and make it easier to keep them both straight.

Dan Smyers went to North Allegheny Senior High School in Wexford, Pennsylvania.  Before pursuing a music career, Dan studied finance at Carnegie Mellon University.  He received his first guitar while he was in the sixth grade and played in a few pop-punk rock bands, including Transition (Pittsburgh) and Bonaventure where he honed his rock music skills.  Dan stated, “It’s kind of hard in the middle of Pennsylvania to find a niche in country music,” Smyers says. “I had been writing country music for a long time, but I just didn’t show it to a lot of people. When I decided to move to Nashville [a few years ago], I thought I would be able to put all of my influences in a pot and kind of stir them up and create a unique sound.”

Dan grew up playing sports, from baseball to basketball to football and always had a love for music.  He made the decision to move to Nashville and pursue a Country Music career and the rest is history.

Both Dan and Shay are married.  Dan Smyers proposed to his now-wife Abby Law back in November 2016 after dating for more than three years.  Dan and Abby Law got married on May 13, 2017.

Watch the “Fall Into Me” video below to see Shay Mooney perform with Veronica Ballestrini.

Fall into Me- Original by Shay Mooney & Veronica Ballestrini

Shay Mooney announced his own engagement to his longtime girlfriend and former Miss Arkansas Hannah Billingsley in August of 2016 and the couple married on October 20, 2017 in Arkansas.

The happy couple welcomed their son (Asher) into the world on January 24, 2017.

Dan and Shay have released three studio albums since 2014.

Dan + Shay (Dan Smyers and Shay Mooney) were “Speechless” when the second single from their self-titled album rose to No. 1 at country radio.

These two songs made up two of the top five most-streamed country songs released in 2018.  The duo closed out their 2018 year with many great accomplishments including:

“This year has definitely been a game changer in the Dan + Shay camp,” Mooney says. “It’s changed the trajectory of our career completely.” Adds Smyers: “There were people telling us before we put out ‘Tequila’ that it wouldn’t work: ‘Country radio won’t play a ballad. No one drinks tequila.’ Our gut feeling was that this song was going to be big for us, and it was the right next step for Dan + Shay. So we ended up trusting our gut on it, and it paid off for us in a big way.”

The duo picked up their first-ever Grammy nominations and won the Grammy (61st annual Grammy Awards) for Best Country Duo/Group performance with their song Tequila.

The country music duo’s Obsessed album was released in 2016 and produced two more No. 1 hits with the Gold-certified “How Not To” and the Platinum-certified “From The Ground Up.”

Arriving in June 2016, the record debuted at eight on the Billboard album charts thanks to the success of 3 tracks:

Their debut album, Where It All Began was released on April 1, 2014,  Dan + Shay made history as the first new country duo to debut at No. 1 on Billboard’s Country Albums Chart with their Gold-certified first album and featured the No. 1 single “Nothin’ Like You” and the Platinum-certified “19 You + Me.”  The tour performed opening acts for Hunter Hayes, Blake Shelton, and completed a small tour of their own.

Dan + Shay Where it All Began

Three songs reached the number one slot on Billboard’s country charts during the course of 2015 and 2016 including:  Nothin’ Like You, From the Ground Up, and How Not To.

Dan and Shay won a Grammy at the 2019 awards for Best Country Duo/Group Performance for their song “Tequila”.   The duo’s song won over the following songs at the Grammy competition:

Dan and Shay have won two other country music awards including:

Here are some of Dan and Shay’s hit songs (click any song to view the music video and get the song details):

Remember to share these Dan and Shay facts with other Country Music fans.