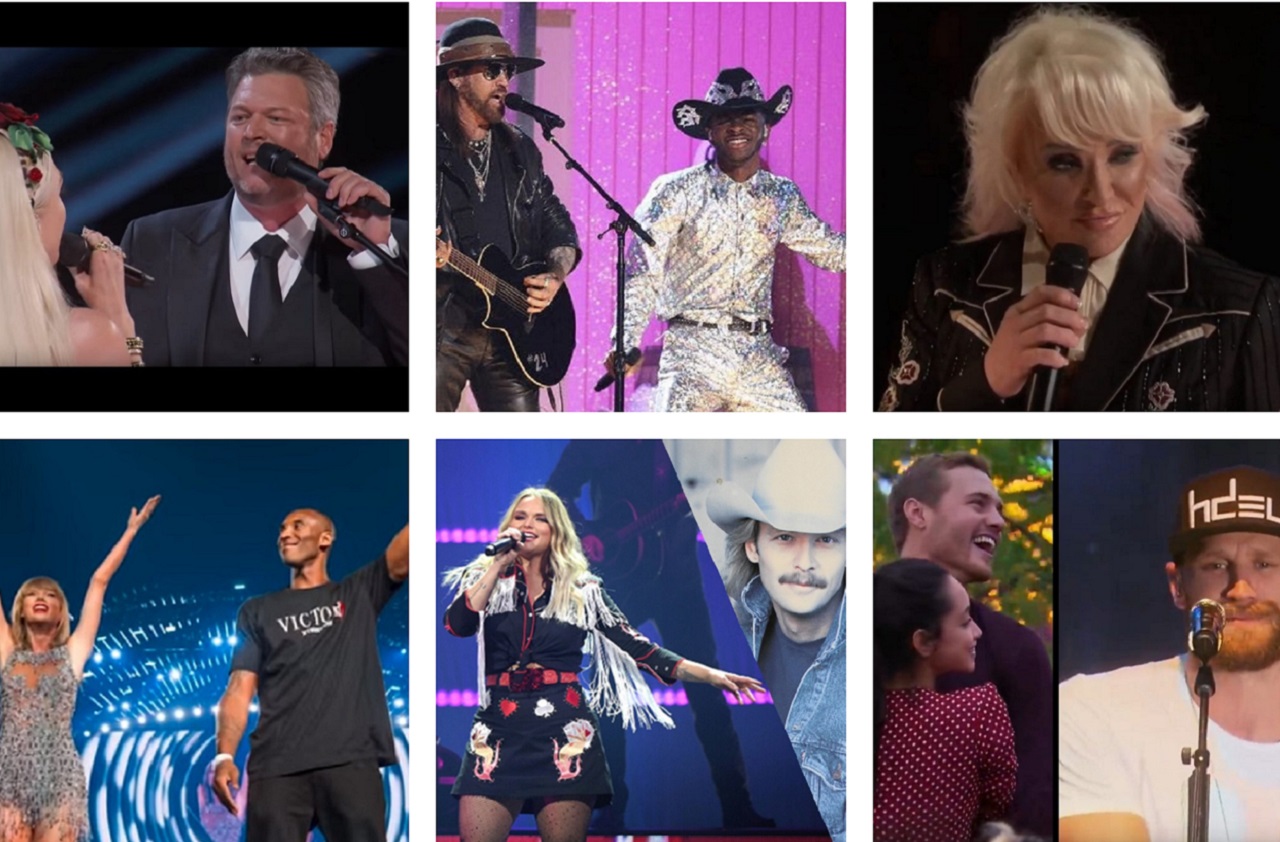 Enjoy watching this weekly wrap-up of the top stories in Country Music from the past week including Grammy award highlights and other popular stories. . .

Watch this quick CountryFancast Roundup of top Country Music news stories of the past week and never miss a story with this coverage.  This episode features Country Music highlights from the 2020 Grammy Awards, Country Artist condolences to Kobe Bryant’s family, Miranda Lambert tour news and some drama from Chase Rice and The Bachelor TV show.  Nothing like reality TV to stir things up for the past week.  Watch the video and gain additional details below.

Blake Shelton and Gwen Stefani performed their romantic duet “Nobody But You” at the 2020 Grammy Awards on Sunday, January 26th.

This week’s installment of The Bachelor was especially awkward. Why? Well, Pilot Pete arranged a special one-on-one date with Victoria Fuller at Ohio’s Cedar Point Amusement Park and the pair wound up being entertained by country music star Chase Rice— Victoria’s ex. Pete had no idea about the connection while Victoria and Chase were obviously surprised by the situation.