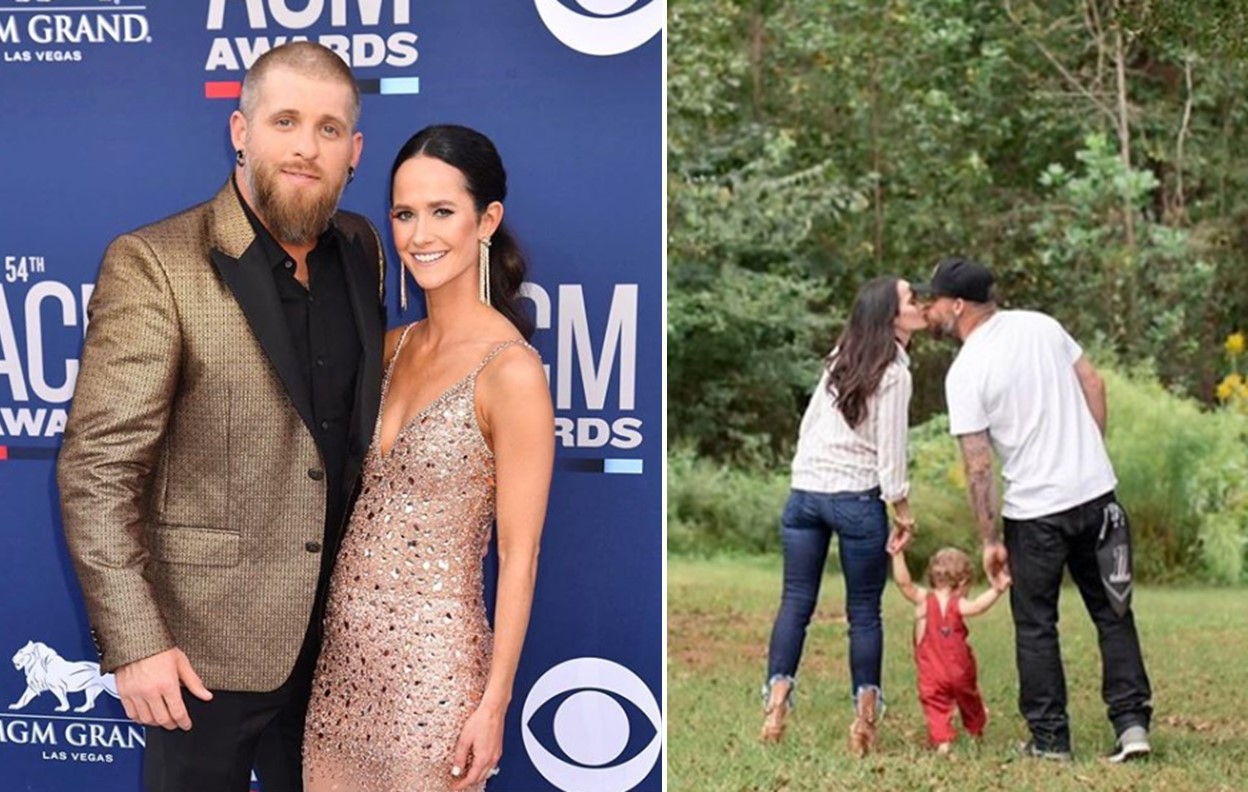 Country music singer-songwriter Brantley Gilbert's home in Georgia was built on a certain piece of land for a very important reason...

Country music star Brantley Gilbert and wife Amber Cochran Gilbert go way back and grew up in the same small Georgia community. Interestingly enough, Brantley Gilbert’s home had its own role in their love story. More below!

“I’m from Jefferson, Georgia,” Brantley shared with PopCulture.com. “I was born and raised there, graduated with 66 people. It’s a tiny town. My wife graduated from Commerce High School, which is right across the river. It’s literally like three or four miles from each other. But it was the most heated rivalry for high school football in the state of Georgia. You weren’t supposed to date across the river. So we had like a little Romeo and Juliet thing going on. To the extent that we lived in Maysville, which is like neutral territory. It’s right in between the two.”

While the two had an on-and-off again relationship for several years, Brantley took an interesting step to make sure he was always on her mind— once his career started taking off he built a large home that she couldn’t miss.

“I actually built that house on purpose, because she had to come by it when she came home from college when we weren’t together,” Gilbert confessed. “My business manager and my manager talked me into building a house. Honestly when they were asking me about my goals early on, I was like, ‘Man, there’s a piece of property that I love, and I’d love to buy it and put me a double wide on it and I’m good to go.’

Well, that’s one way to make sure your hometown sweetheart doesn’t forget about you! Obviously things worked out and the pair are happily married with their second child, a daughter, on the way!

A Look Around Brantley Gilbert’s Home & Property with Wife Amber

Thank goodness for popsicles and sunshine ☀️ they have gotten Barrett and I through some tough days dealing with stomach bugs and ear infections. What makes y’all feel better when you’re sick? #otherthanlayinginbed

My favorite little helper 💗 we made a whipping cream pound cake and it was SO good. Don’t even have a picture of the cake because it was cut as soon as it came out of the oven 😋 the recipe I use is on the back of the Swans Down flour box. Can’t ever go wrong with it! #poundcake #favorite #bakingwithmybaby

A post shared by Amber Cochran Gilbert (@ambercochrangilbert) on Mar 2, 2019 at 3:15pm PST

Christmas card attempt…so typical around here 😆 praying we got at least one with everybody looking and smiling, if possible 🙏🏻 I guess this could work if all else fails because it’s definitely accurate 😂 #christmascardattempt #mayhavetophotoshop 📸: @rebel1.be1

A post shared by Amber Cochran Gilbert (@ambercochrangilbert) on Dec 4, 2018 at 3:28pm PST

Brantley Gilbert’s home is now Amber’s home and where they raise their growing family. Romantic, isn’t it? Share this closer look at this couple with other fans!