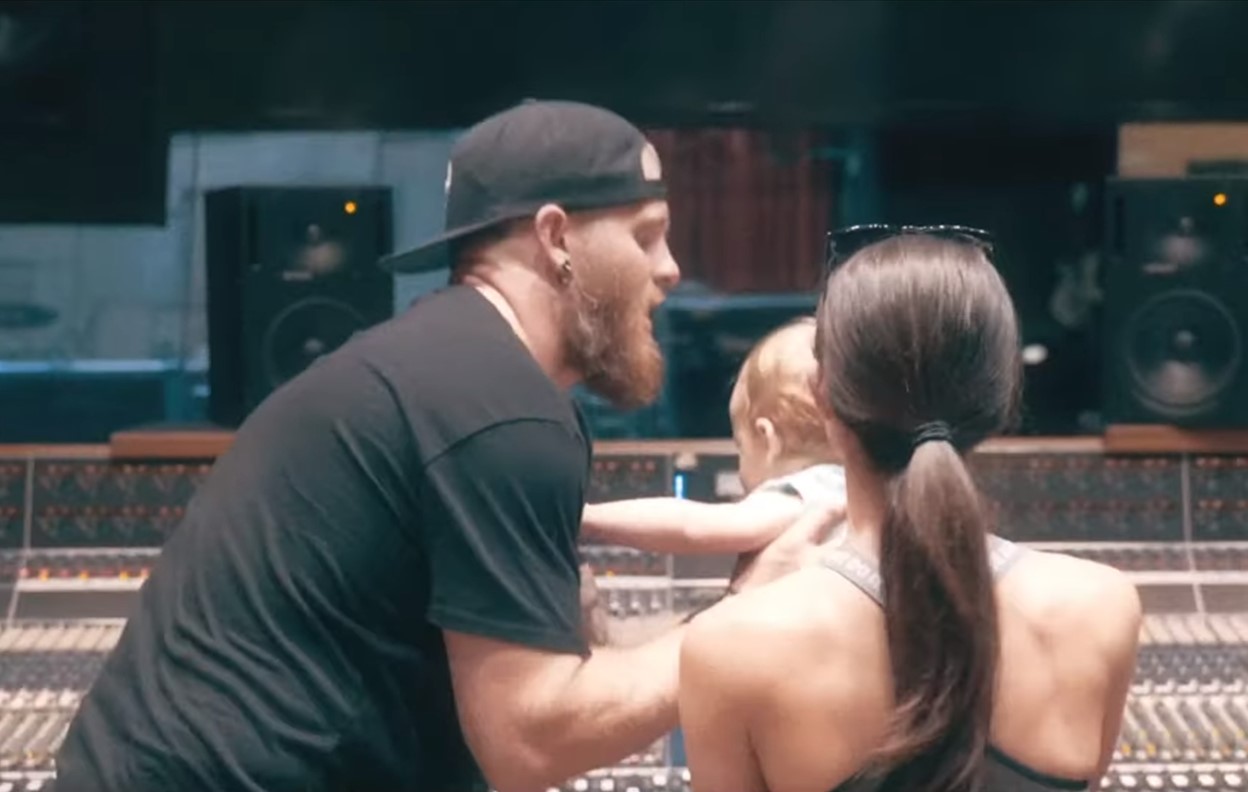 Brantley Gilbert wrote “Man That Hung The Moon” for his young son and unborn daughter. Listen to the emotional song here!

When Brantley Gilbert and wife Amber welcomed their son, Barrett Hardy-Clay, in 2017, the admittedly rough country music star immediately softened. Once the family of three settled back in their home in Maysville, Georgia, the reality of consequences from a hard-lived youth sank in and he realized he would have to have a conversation with his children a little earlier than most fathers.

“There was a time in my life where I’m not necessarily proud of the man I was,” Gilbert recently shared with Big Machine Label Group. “I want our children to have a song where they can hear my voice say ‘I love you’ and acknowledges that there’s going to come a time when they figure out I’m not a ‘super hero.’ I’m human; I’ve made mistakes. And I’ll make a lot more, but there’s a man who really did hang the moon, who’s got your back and always will, and if I’ve done my job as a father, they’ll know that truth.”

Gilbert wrote the song at their home in one sitting. “We had actually just found out that we were pregnant with our second, a baby girl due this September, the day I wrote this song. I sat down to write them a letter, but I’m a songwriter first so I ended up with this song.”

Watch the “Man That Hung The Moon” music video below!

“Man That Hung The Moon” Lyrics

Share “Man That Hung The Moon” with other country music fans!