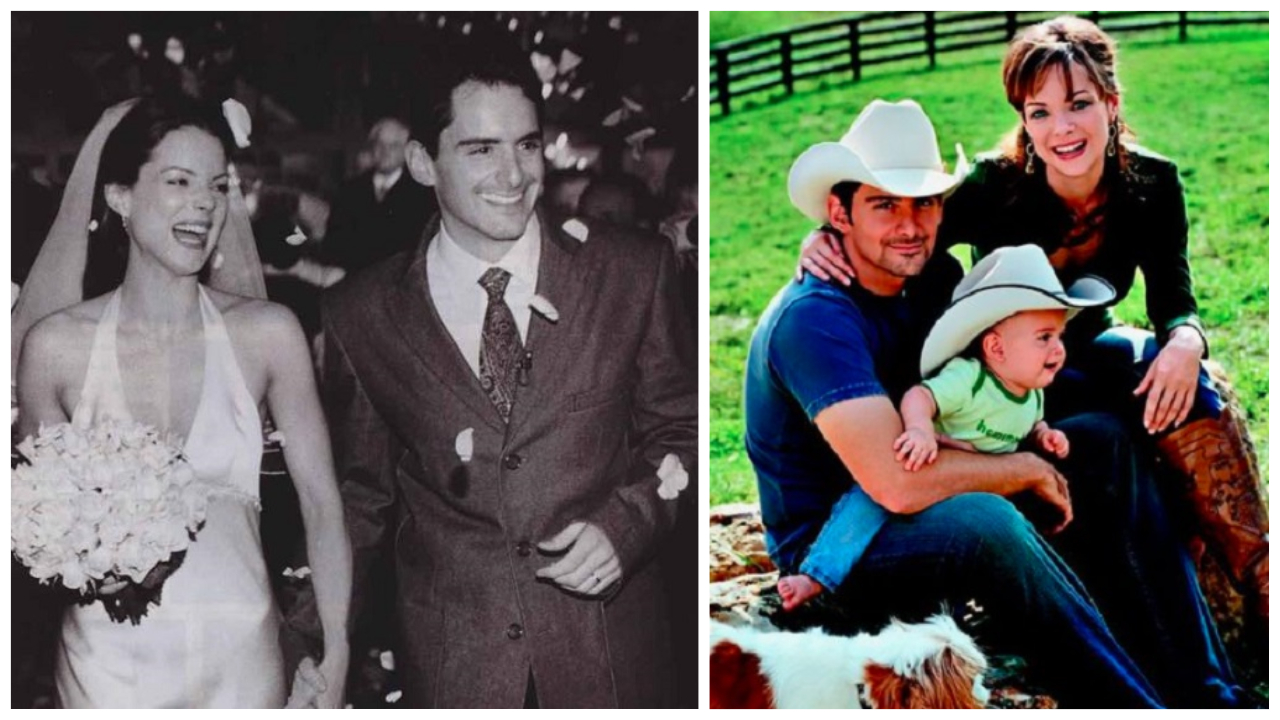 Brad Paisley first caught a glimpse of his future wife, actress Kimberly Williams, while watching 1991’s Father of the Bride with a former girlfriend. Needless to say, that girlfriend was long gone by the time Father of the Bride Part II came out in 1995— which Paisley went to see solo.  Brad asked Kimberly to appear in one of his music videos (I’m Gonna Miss Her) and the couple started dating in 2001.  Almost nine months later the couple was engaged and then married on March 15, 2003.   Brad and Kimberly have celebrated their 18th wedding anniversary!

Mom shared these adorable images when Jasper turned 10 years old. The boys are growing up fast and Annie (one of the family’s dogs) appears to think that she is a piano instructor.  Brad Paisley’s Family Pets

The family has an adopted rescue donkey named Oliver and two rescue dogs (Hoot is the white larger dog and Annie).

Brad and Kimberly have a large log cabin style home on 85 acres outside of Franklin, TN.  This provides plenty of room for the boys and the dogs to roam.  In interviews, Brad has also stated that Kimberly has a “she shed” on one side of the property and that he has a “He-Shed” on the other side of the property.  The couple sold their California home and Franklin, Tennessee is their primary residence.

Brad and Kimberly have recently joined forces with Belmont University to open a free grocery store to serve those in need in the Nashville area. The project is called ‘The Store’ and will be located next to the university’s Ministry Center. The couple also serve on the The Store’s Board of Trustees.

Remember to share this with other fans of Brad and Kimberly.
View Comments (0)
Country Fancast ×