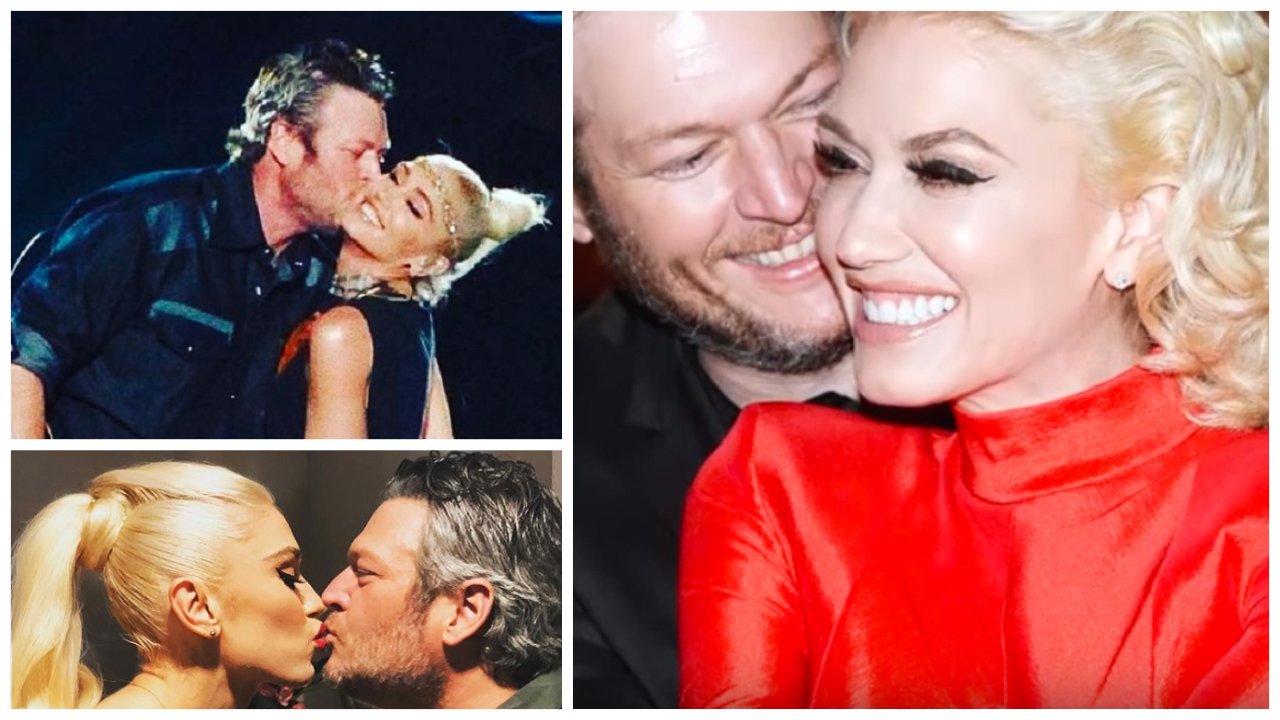 Enjoy watching Blake Shelton and Gwen Stefani's romantic relationship journey as the couple gets closer together every day. . . .

Blake Shelton and Gwen Stefani’s relationship journey has grown stronger over the past nearly 5 years.  Blake Shelton and his lovely girlfriend, Gwen Stefani, have become one of the entertainment industry’s favorite power couples. The pair met as judges on the The Voice and began dating soon after their respective divorces from their former spouses in 2015.  Watch their relationship journey video and see more details below.

Watch Blake and Gwen’s relationship evolution in this video update….

Gwen Stefani appeared as coach on The Voice seasons 7, 9, 12, and 17) and the Pop star was an adviser during seasons 8 and 10.  Blake and Gwen met in 2015 while serving as coaches on the popular show.  The couple has now been dating for nearly 5 years and the their bond appears to get stronger each year.  Blake and Gwen split time between Los Angeles and trips to Blake’s Lake House on Texhoma Shore in Oklahoma.  Gwen appears to enjoy her time in Oklahoma and recently stated in an interview, “and spending time in the middle of America [on Blake’s ranch] — that’s something I didn’t expect. The way we live at the ranch is really simple. There are watermelons that Blake planted and all my wildflowers. It’s a nice contrast to L.A., although I do keep 20 chickens in the backyard here at home too”.  .

The couple has released 3 romantic duets together that mirrors the evolution of their relationship.  See the duet details and watch the playlist of their duet music videos below.

The “Go Ahead and Break My Heart” duet was written by Blake and Gwen.  The music video xxxx.

The song includes many personal lyrics to Blake and Gwen:

“I never ever meant to get so into you
Thought I was using you just to get me through
You know I’m broken, I don’t trust anyone
Last thing I needed was to fall in love
You’ve got me dreaming, got me thinking, I’ve got some hope
There is nobody else I wanna get to know
But I’m so scared, I don’t know what to do
How did you get me so into you?”

The “You Make It Feel Like Christmas” music video is full of vintage vibes and flirty moments between the couple who have been going strong for four years!  The big band made up of little kids is just too cute! Stefani and Shelton co-wrote this tune alongside Justin Tranter and busbee.

The song includes some personal lyrics to Blake and Gwen:

“Thought I was done for, thought that love had died
But you came along I swear you saved my life
And I wanna thank you, baby
You make it feel like Christmas”

“Nobody But You” was written by Ross Copperman, Shane McAnally, Josh Osborne, and Tommy Lee James. It is one of four new tracks on Shelton’s recently released Fully Loaded: God’s Country album, which hit No. 1 on both the Top Country Albums and Country Album Sales charts.

“I was at The Voice compound and Shane McAnally is on Songland, so they were there doing some cross-promotion. Shane came to my trailer and said, ‘Man, I got a song for you,’” Shelton shared through Warner Music Nashville. “I knew he had Gwen’s number from a write, so I told him to send it to her as I was being called to set. I actually got the song twice because my producer Scott Hendricks emailed it to me right after. Then one day I was driving with Gwen and I said, “Hey let’s listen to that song from Shane, because Scott sent it to me too – it must be pretty incredible.” When I heard it, I was just floored. I realized how important that song was for me and where I am in my life right now. I just think it’s magical. I literally think it’s important of a song as I’ve ever recorded.”

“Nobody But You” shot to the top of the iTunes songs chart upon release and into the Top 10 of the Billboard Hot Country Songs chart. Blake and Gwen took the stage together to perform the song at the 2020 Grammy Awards in January.

Watch the 3 Blake and Gwen romantic duets via this YouTube playlist.