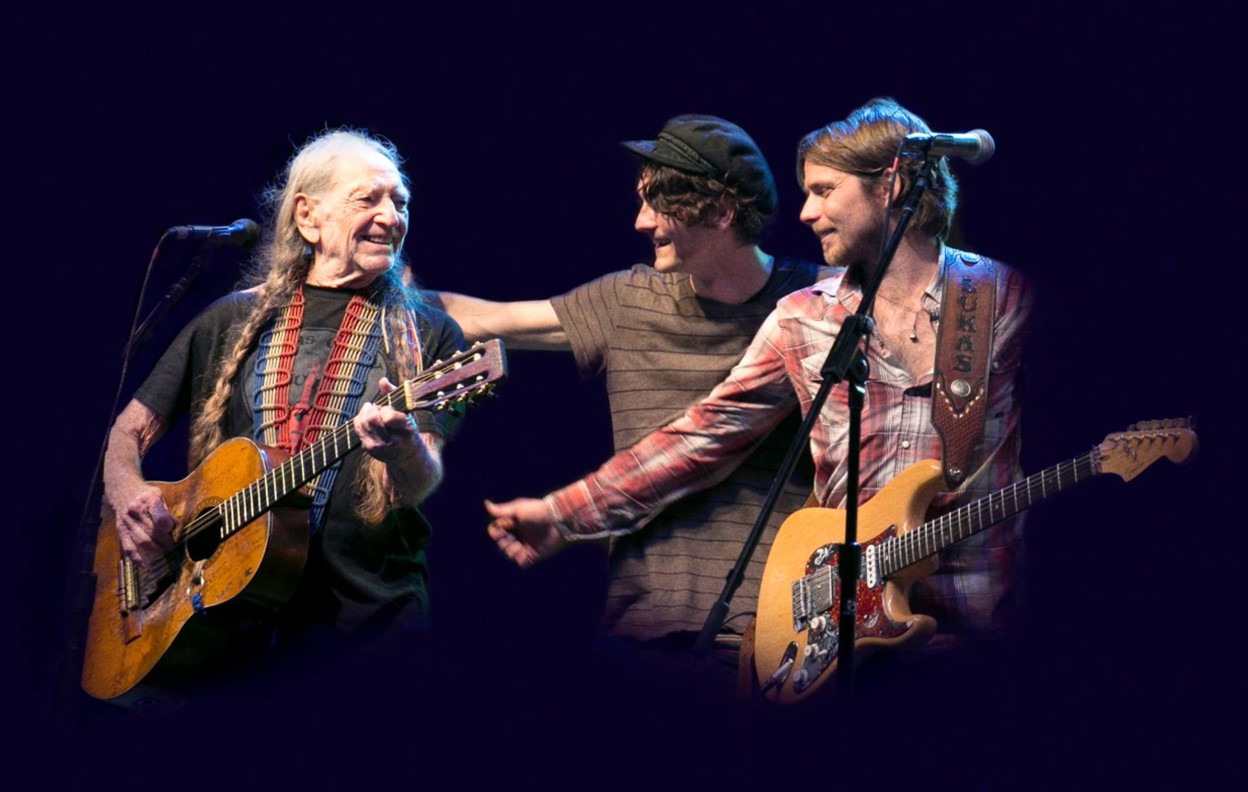 Come meet Willie Nelson's two talented sons, Micah and Lukas, who prove that music truly is in their blood as they carry on their dad's legacy...

Willie Nelson’s family includes two sons from his current wife Annie D’ Angelo and he fathered five other children from his prior three marriages including:

Willie Nelson invited his family to tour with him in November and December of 2012, and Paula Nelson shared this photo via her Facebook page.

Learn more about his current marriage and the musical talents of his latest two sons below.  Country music legend Willie Nelson certainly passed his musical talent down to his two sons with wife Annie D’Angelo, Lukas (born December 25, 1988) and Micah (born May 24, 1990). Willie worried for years that he was not the best father and admitted to Rolling Stone in an interview, “I’ve been gone most of the time” due to a lifelong series of tours. He went on to say, “They had their mother there, and I wasn’t there. So there were those situations. but that’s just the way it is”.

Willie’s sons, Lukas and Micah, however, disagree with his self-criticism. The pair openly discuss how playing onstage with their father ultimately inspired them to pursue their own careers, to hopefully become something as great as their father one day. Lukas launched his musical career by starting a country-rock band Promise of the Real while Micah creates psychedelic-folk projects such as Insects Vs. Robots and Particle Kid.

The sons give credit to their father for helping them become the creative men that they each are today. Even though each of their projects strays far from their dad’s chosen sound, the boys give their credit of inspiration to Willie’s freewheeling philosophy that acts as their beacon and guide. Micah speaks out about how his father inspired him, using his 1975 album Red Headed Stranger as an example where he tells Rolling Stone, “He was breaking down barriers and fearlessly doing his thing … For me, to fearlessly do my thing and be myself, I can’t think of any other way to respect and honor my dad’s legacy.”

Willie enjoys playing music with his sons and describes it being “as good as it gets.” Lukas and Micah even opened for their dad on his summer 2016 Outlaw Music Festival tour. A mini-documentary released in October 2017 called Willie Nelson and the Boys features the brothers discussing their family dynamic and the influence of their father. The project gives us an inside look into the lives of the Nelson family and features amazing excerpts including a short clip of Willie Nelson and his sons performing “Can I Sleep in Your Arms”.

Willie’s sons prove that music will run in the Willie Nelson family for many years to come!

Make sure to share this with other Willie Nelson fans!