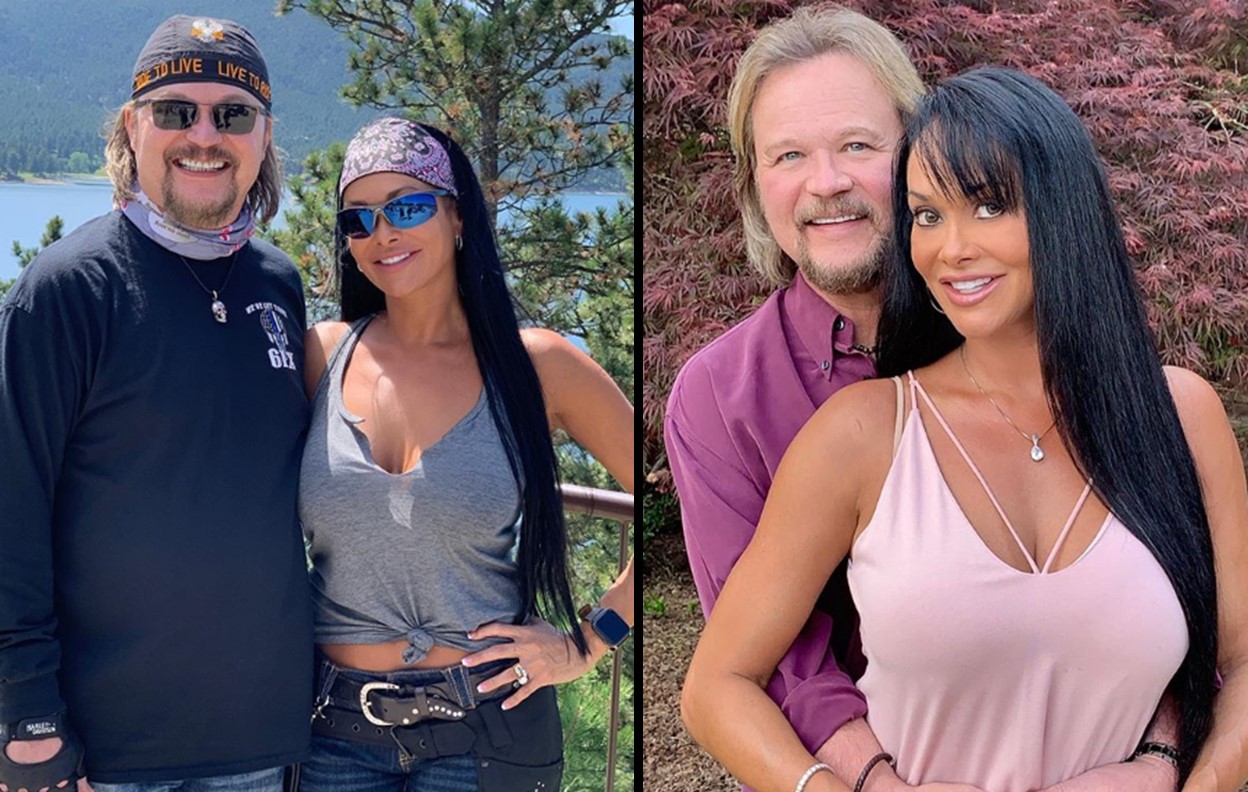 Country music artist Travis Tritt's wife, Theresa Nelson Tritt has been by his side for over twenty five years! Get to know the brunette beauty...

Travis Tritt’s wife, Theresa Nelson Tritt, has been by his side for the past 26 years and they have been married for 24 of those years. Prior to marrying Theresa on April 12, 1997, the country music artist was married to high school sweetheart, Karen Ryon, and then to Jodi Barnett, who was twelve years his senior. He divorced Jodi shortly after signing with Warner Bros. in 1989— the divorce was finalized one month before his debut studio album Country Club was released in 1990. The tune “Here’s a Quarter (Call Someone Who Cares)” was inspired by Tritt’s second failed marriage.

After swearing off the possibility of getting hitched again and living up his bachelor status, Tritt’s plans of staying single forever were dashed after meeting one very special woman. Travis met Theresa Nelson in 1995 and the third time was a charm. Watch the video below to discover their love story!

“I got blindsided,” he told the Chicago Tribune in 1996. “The last thing I was looking for or expecting was to have this relationship come about.”

On February 8, 1995, Tritt was celebrating his birthday at a Nashville eatery with close friend Marty Stuart, also at the establishment was college student and model Theresa Nelson. The brunette stunner quickly caught the “Can I Trust You with My Heart” singer’s attention.

“I saw a sincere sweetness in her that stuck out from all the women I had ever met,” Tritt recalled to Country Weekly in 2000.

Their chance meeting that night turned into frequent phone calls and then a long-distance relationship, until Nelson relocated to Atlanta, Georgia to be with Tritt. After hitting the road on tour, Tritt soon realized that Theresa was the one he couldn’t live without.

“We were apart for about two weeks after having been together practically every day for three months, and I missed her much more than I thought I was going to — and much more than I wanted to let myself miss her,” Tritt relayed to the Chicago Tribune in a 1996 interview. “[The band and I] were out in the middle of East Bumble-somewhere, and my cellular phone wasn’t working, so I’d get off the stage and couldn’t call her, and I’d be wondering what she was up to and if she was feeling anywhere close to as miserable as I was.”

The romantic hit “More Than You’ll Ever Know,” was inspired by their budding romance and the emotions Tritt felt while away from his lady love.

His third marriage to Theresa has held strong and produced three beautiful children, daughter Tyler Reese (born in 1998) and two sons Tristan James (born in 1999), and Tarian Nathaniel (born in 2003).

“Travis and I are best friends,” Theresa Nelson Tritt told Country Weekly in 2000. “We do everything together. People ask us, ‘How can you two spend that much time together? Don’t you get sick of each other?’ But we don’t. We’re buddies.”

Congrats to Travis and Theresa on achieving martial bliss and building a gorgeous family together! Share this look at Travis Tritt’s wife with other fans.