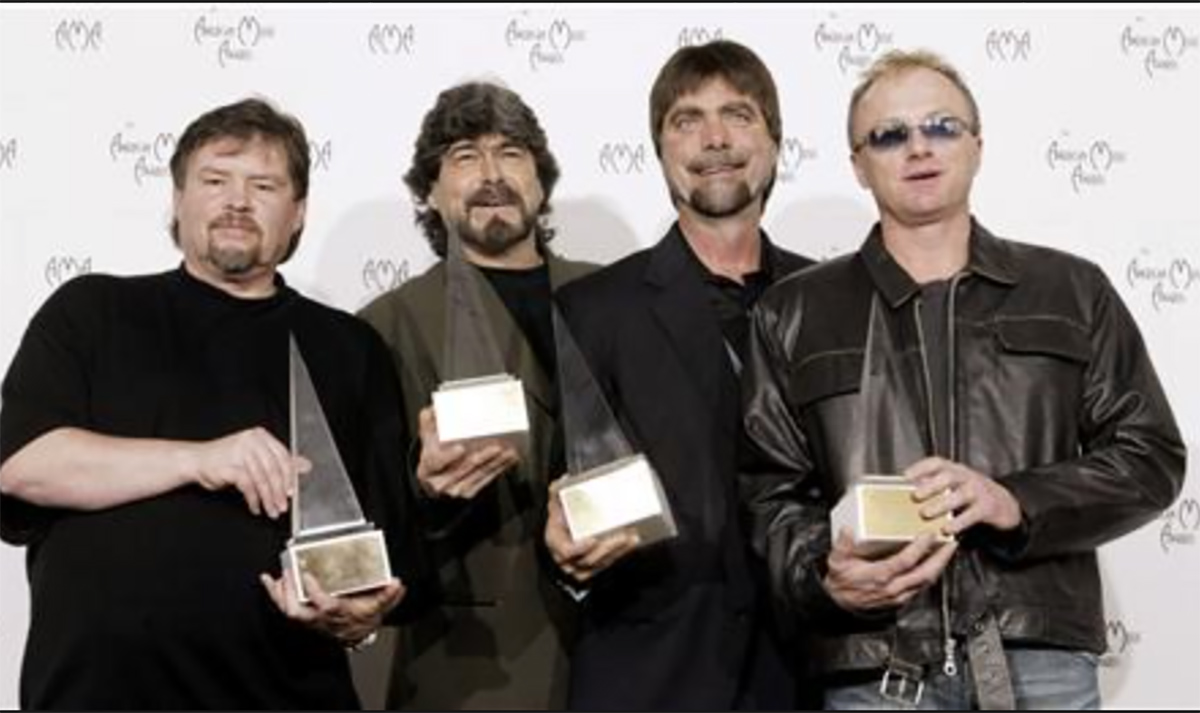 Alabama defined what it mean to be cohesive country band. Enjoy ten of the group's best loved songs right here!

The Alabama songs that became major hits are numerous for this country band.  The Alabama Band is credited with being one of the first country bands to bridge wide commercial success. Fusing traditional country with southern rock n’ roll, Alabama brought to the scene a unique sound and presence. The band has had countless number one hits over the span of decades.

Enjoy this throwback of our top 10 favorite Alabama songs.

This salute to the working class became Alabama’s 17th No. 1 hit single.

This love song marked Alabama’s 16th straight No. 1 single, and reflected the softer, more pop influenced element of their music.

Written by hit-maker Ronnie Rogers, this song tells of the singer’s downhome girlfriend. The track was released in 1983 as the lead of single from the album The Closer You Get.

Alabama is known for consistently writing songs that are inspired by the American working class. This track is about a father who supports his family by driving semi-trucks.

6. “If You’re Gonna Play in Texas (You Gotta Have a Fiddle in the Band)”

This high-energy release by Alabama was released in 1984 for the album Roll On. The song was the band’s 14th consecutive No. 1 single on the country charts.

Regarded as the song that pushed Alabama into their superstar status, “My Home’s in Alabama” solidifies the band’s country roots. Lyrics such as “no matter where I lay my head” and “southern-born and southern-bred” prove Alabama’s humility and levelheadedness.

This single was Alabama’s first No. 1 hit. The song tells of the band’s pride about their homeland, in Alabama close to where the Tennessee River flows. The track is fiddle-heavy, and celebrates the natural beauty of the area, and the desire to settle back eventually.

The title track of Alabama’s fifth studio album, this song was the group’s fourth No. 1 single in a row. Also one of their first crossover songs, “Feels So Right” was a hit on Top 40 stations as well.

A “modern country classic,” this song is a southern rock and bluegrass-infused masterpiece. Randy Owen stated in his autobiography that “Mountain Music” took three years to write. Full of his own childhood memories and experiences, Owen defines what it means to be born country in this song.

First recorded by Bobby McDill in 1980, “Song of the South” was transformed into a classic by Alabama in the late 1980s. The track reached No. 1 on country charts in both the U.S. and Canada. The song tells a gripping narrative of a farming family during the Great Depression. The music video is filled with imagery of the era, giving it an authentic feel. “Song of the South” hits the head on the nail for what it means to be a true American Southerner.