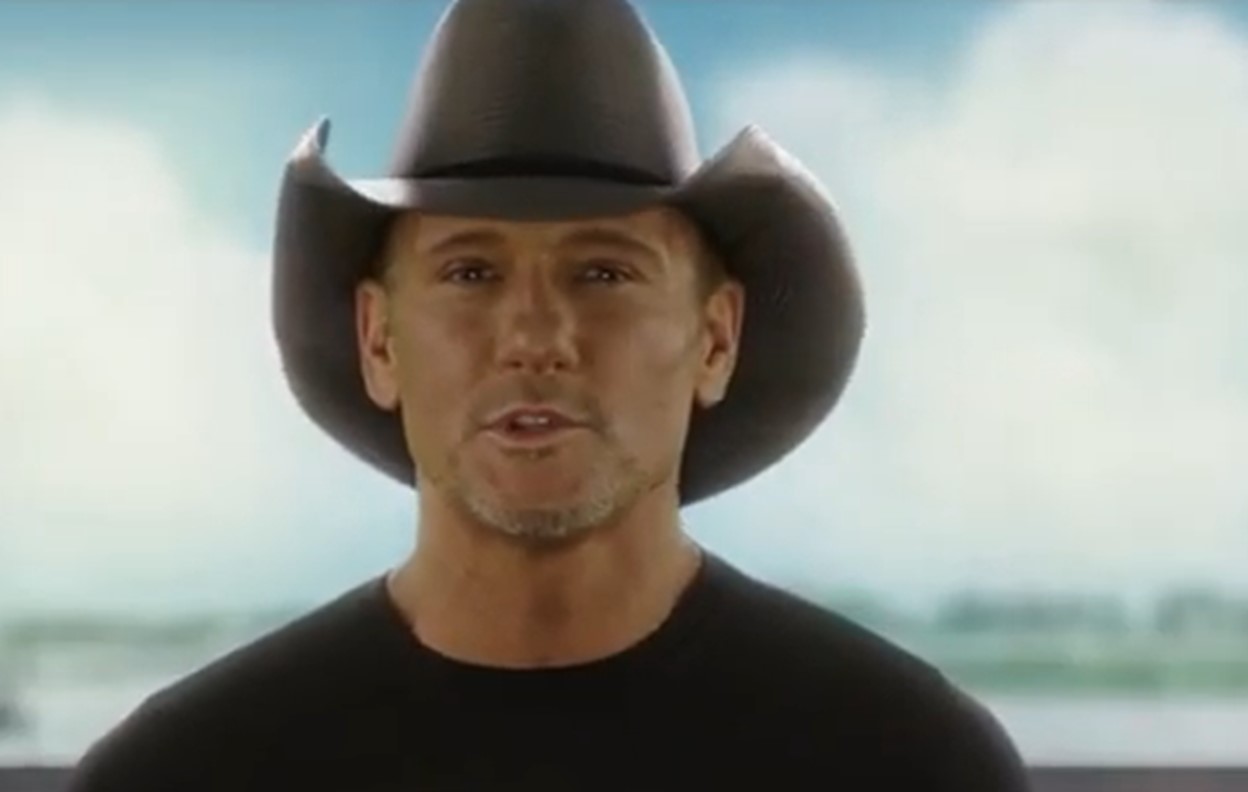 Tim McGraw stands up to cancer, starring in a campaign encouraging fans to honor their loved ones. Check out Tim McGraw's cancer PSA here!

In 2004, country music superstar Tim McGraw released his hit song, “Live Like You Were Dying,” and has since been an advocate for cancer research. Now, he is a Stand Up To Cancer ambassador, starring in a new campaign. Behind the scenes, he opens up about how cancer impacted his life. More on Tim McGraw’s cancer PSA below!

“Nobody’s not been touched by cancer,” McGraw shares. His mom had cancer when she was younger, a couple of his aunts had breast cancer. His dad, Tug McGraw, also lost his battle to cancer at 59-years-old in 2004, which inspired the life-is-short anthem. “I want to do everything I can to help find a cure and find a way for people to become long-term survivors.”

McGraw encourages his fans to honor loved ones by sending their name to American Airlines, which would then be put on the side of their commercial plane.

The Stand Up To Cancer organization is partnering with American Airlines to “rewrite the skies.” Anyone who makes a donation of $25 to more to Stand Up To Cancer during the month of July can honor someone by adding their name to one of their planes. This includes cancer survivors, those currently battling the disease, and those who have passed. All of the names will be on the outside of the Airbus A321, which will start flying in the fall. All of the proceeds from donations will support cancer research programs that collaborate with Stand Up To Cancer.

“Every family in America has a cancer story, my own family included. I’ve been so touched by the stories of the American Airlines team members I’ve met over the past month,” the 52-year-old singer said in a statement. “I’m honored to lend my voice to this campaign to help create a world where all cancer patients can become long-term survivors and have more time with the people they love.”

McGraw is in the midst of writing his own book on health an lifestyle. Since his 2012 performance of “Live Like You Were Dying” at a telethon for Stand Up To Cancer, he has continued to work with them to support cancer research.

Make a donation today and add a name of someone you wish to honor to an American Airlines plane. Visit aa.com/standup before the end of July. Donors can return to the site in September to find the location of their submitted names.