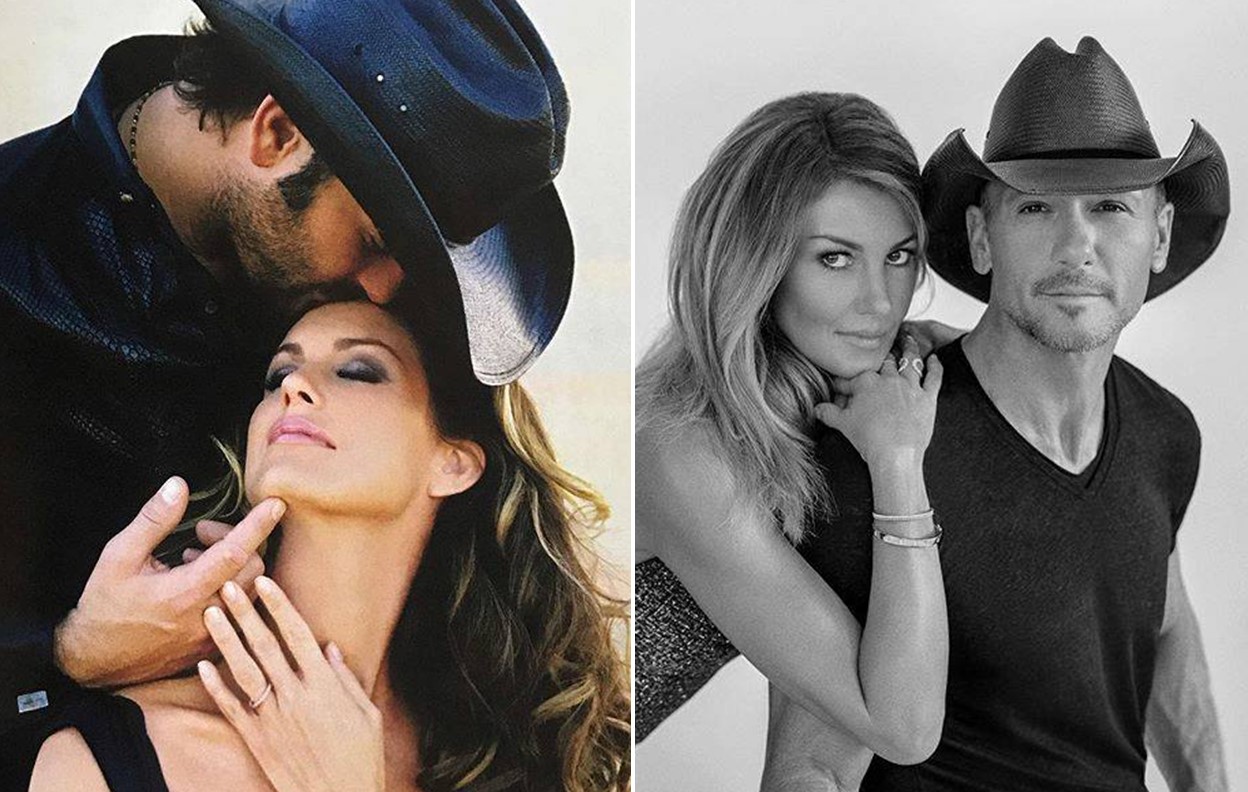 Tim McGraw and Faith Hill make up one of country music's superstar couples. After being married for 23 years, they are still amazed by each other!

With 23 years of marriage under their belt, country superstars Tim McGraw & Faith Hill are still inseparable. Many well-known couples in the spotlight face difficult times in their relationships, but McGraw and Hill found a way to keep the spark alive throughout their careers and raising three daughters— Gracie, Maggie, and Audrey. In fact, they are still in awe of each other as if they are falling in love all over again!

Before meeting, they were just two musicians trying to make it in the grueling industry of country music. At first, Faith Hill saw Tim McGraw as a ‘bad boy’ and wanted nothing to do with him! That quickly changed when they got to to know each other, decided to get married in 1997, and immediately started a family.

“It’s such a rare thing to be able to experience what we do for a living, and to do it together really feels like all the moments are special,” McGraw once shared with People, noting that he looks up to his wife and her musical talent. “I could listen to her sing all night.”

The “Humble and Kind” singer also admitted that he had to raise his game while on tour with his wife such “she’s such a powerhouse.” After all, that’s what couples are supposed to do: make each other rise up to their full potential.

Hill also never gets tired of seeing her husband perform after so many years together.

“Still, to this day, I’m awed by it,” she said, according to People. “Tim is the absolute best entertainer, hands won. He can bring a crowd to their feet with the motion of his hand. He knows how to deliver songs to the fans and make them feel like he’s singing to them.”

When the two joined together in marriage, they also joined their talents in the studio. In 1997, they released their first duet, “It’s Your Love.” Following that, they collaborated for “Meanwhile, Back at Mama’s,” “Speak to a Girl,” and more. They also toured together for the first time in 2000 and went on three more tours together after that!

However, it took them almost the length of their marriage to put out a collaborative album. For the first time ever, McGraw and Hill released The Rest of Our Life together in 2017. We hope for even more collaborations from this couple!

Another pic for our anniversary……just for fun :)