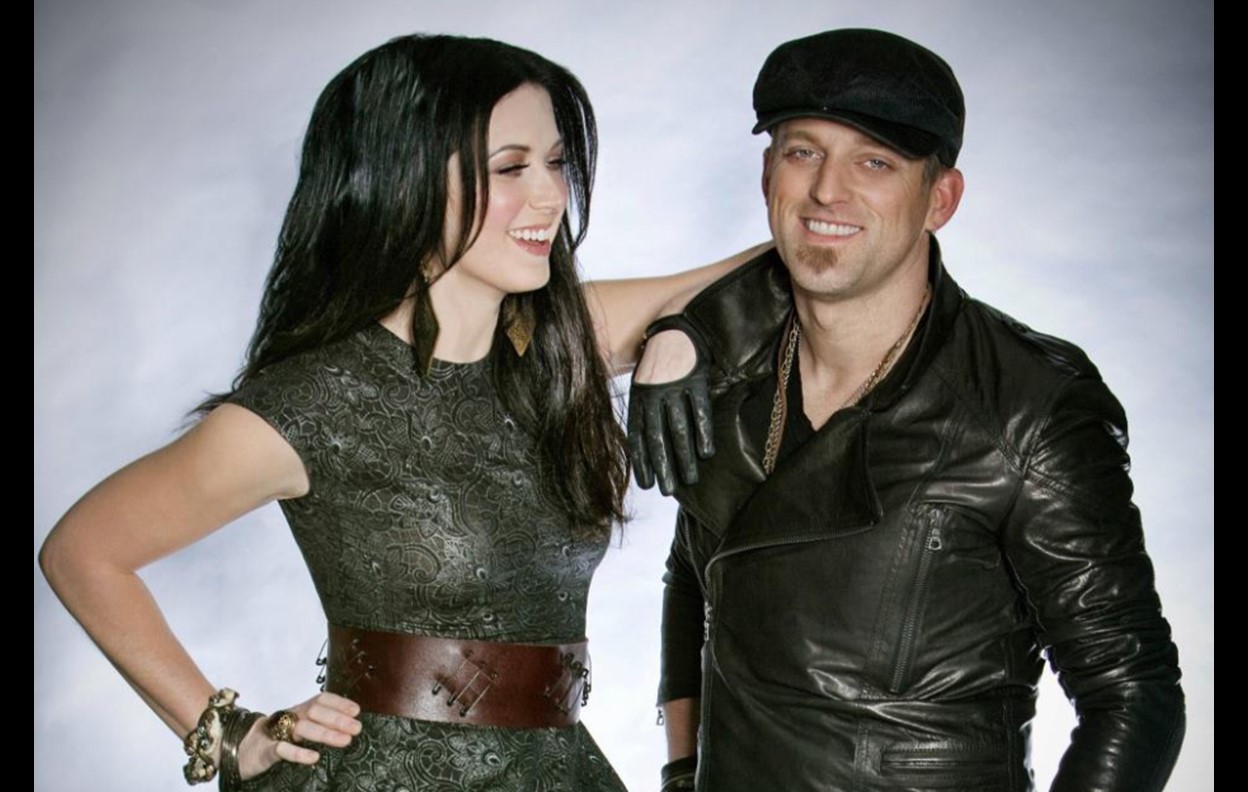 For many musicians, touring means leaving spouses at home. Luckily for Keifer and Shawna Thompson, they get to play music together as Thompson Square!

Keifer and Shawna Thompson are the husband and wife team that make up country music duo Thompson Square. They get to do what they love without having to sacrifice precious time together in their relationship. While this often means spending 24/7 with each other, they refuse to get annoyed by the limited personal space. In fact, it makes their marriage stronger, and they absolutely love being a team both on and off the stage.

Both of the Thompsons are from small towns, and they are a perfect match for each other (and in country music). Shawna is from Chatom, Alabama while Keifer is from Miami, Oklahoma. Keifer was born March 17, 1976 and Shawna was born May 15, 1977.  Before they met, they both happened to move to Nashville on separate career paths. Surprisingly, it wasn’t music that brought them together at first… it was love.

“We came in town to be artists, and we met really quickly, but we didn’t realize until a few years into our marriage that the best way for us to coexist was for us to be together all the time,” Keifer Thompson said, according to The Boot. “Being apart and doing our own things … we just weren’t happy. We were happy doing music, and the relationship wasn’t suffering, but it wasn’t as good without her.”

Some couples enjoy a little separation here and there, but Keifer and Shawna enjoy being together constantly. So they became a country music duo.

Not only did it help their relationship, but it also helped them both to do what they love for a living.

“Keifer would be gone doing his own thing on the road, and I would be at home miserable and missing him. Now, we’re getting to do what we both love to do together,” Shawna shared with the outlet. “It doesn’t get any better than that.”

Their adorable love story also involves a sweet proposal around Halloween time. They were carving pumpkins together, with Shawna cleaning out the insides because Keifer says, “I don’t touch the gooey stuff,” he told Taste of Country.

He added, “I had put the ring at the bottom of the pumpkin, and [when] she came back to put the candle in, she pulled it out, bawling.”

But the story gets more unique. The ring wasn’t actually a diamond, it was a piece of glass. Keifer didn’t have enough money at the time for a real engagement ring. Later, he swapped out the glass for a beautiful diamond.

The couple married on May 5, 1999 and continue to show their love for each other through their music. Fans enjoy seeing the madly-in-love country music duo land on the charts with hits like “Are You Gonna Kiss Me Or Not?” and “If I Didn’t Have You.”

They have now been married for over 22 years and have a son, Rigney Cooper. Additionally, they are about to release a new album together. Thompson Square’s third studio album, Masterpiece, will be released on June 1st. Sounds like these two will continue to build quite the love story!

Share this closer look at Thompson Square’s relationship with other fans!