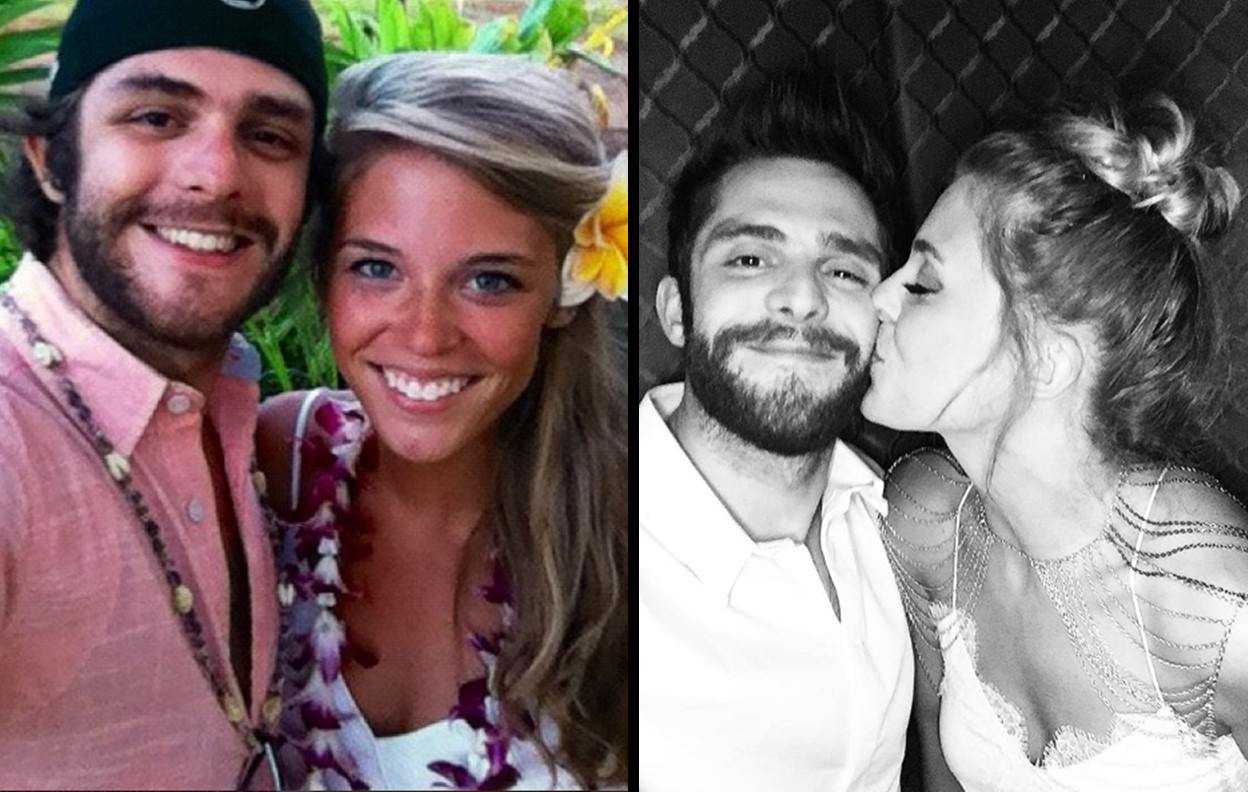 Thomas Rhett didn't initially set out to be a country music star like his famous father. Check out what he did first and learn more Thomas Rhett facts here!

Country music star Thomas Rhett Akins (born March 30, 1990) is the son of fellow country music artist Rhett Akins. The 29-year-old has released four studio albums— It Goes Like This (2013), Tangled Up (2015), Life Changes (2017), and Center Point Road (2019). Fourteen of his songs have hit No. 1— “It Goes Like This”, “Get Me Some of That”, “Make Me Wanna”, “Crash and Burn”, “Die a Happy Man”, “T-Shirt”, “Star of the Show”, “Craving You”, “Unforgettable”, “Marry Me”, “Life Changes”, “Sixteen”, “Remember You Young,” and “Look What God Gave Her.” Besides his career success, Thomas is happily married to wife Lauren Akins and is the father of three daughters: Willa Gray, Ada James, and newborn Lennon Love. Learn more through the Thomas Rhett facts below!

Lennon Love Akins was born at 8:30 AM on February 10th! It was such a joy to watch this little angel be brought into the world. My wife is just incredible through the entire birth🙌🏼 watching our kids meet Lennon for the first time was probably the sweetest thing I’ve ever seen in my whole life! Ada James and Willa Gray are going to be the best big sisters on the planet. The Lord is so good and I’m so grateful for my beautiful growing family!! Y’all pray for us as we switch from man on man defense to zone👍

1) During high school, Thomas was the drummer in a pop rock band called The High Heeled Flip Flops.

2) In October 2013, Thomas Rhett and his father made country music history by becoming the first father and son who wrote, co-wrote, or performed five of the Top 10 singles on the country music charts. The songs they charted with included cuts performed by Florida Georgia Line, Billy Currington, Lee Brice, and Justin Moore. The fifth song went on to become Thomas Rhett’s first #1 single, “It Goes Like This.”

#FlashbackFriday Rhett was recently named Songwriter of the Decade by the Academy of Country Music! Congratulations! – Team Rhett

3) Thomas is the child of divorce. His parents, Paige Braswell and Rhett Akins, split up when he was just nine years old due to the demands of his father’s career.

Happy birthday to my sweet momma!! Love you mom! Can’t wait to celebrate with you tonight🙌🏼

4) The star played football and soccer in high school. He may have even gotten to play soccer in college if his knee didn’t give out his junior year.

5) Thomas Rhett’s music videos don’t include romantic scenes or the artist getting close to another woman. That’s because Thomas and Lauren have established rules about boundaries.

6) While in college at Nashville’s Lipscomb University, Thomas studied kinesiology, then business, and then communications. After changing majors three times, the singer-songwriter decided to leave college and pursue a music career.

“Hey buddies that I grew up with All straight-laced and married up now You ain’t foolin’ me, wasn’t long ago we Tore the roof off that one red light town” REMEMBER YOU YOUNG out this Friday. Pre-Order #CenterPointRoad now

8) The couple’s first kiss took place on a trampoline when they were teenagers.

Happy birthday @laur_akins 🙌🏼 This picture is from 2011 when we were just starting this crazy unimaginable life together. I have never met anyone who can light up a room the way you do just by smiling. I have never seen someone make a stranger feel like you have known them for a lifetime the way that you do. I have never laughed or loved harder in my whole life than when I’m with you. I’m so far from perfect but just being in your presence makes me better. You are the most amazing mom. You TRULY are Wonder Woman. I am beyond thankful that God put you on this earth 28 years ago and that he allowed me to know you and marry you. I love you so freaking much. 😍😍

9) Luke Bryan encouraged Thomas and Lauren to get married at 22-years-old and ignore those who said they were too young. According to Rhett Akins, Thomas called Luke three or four times, and Luke was like, ‘Buddy, if you’re in love and you want to get married, then do it.’”

That time at the Grammys @lukebryan "gave" me his watch to wear. It cost more than a house #myrealwatchisaniphone

10)  In a 2013 interview, Rhett explained why he doesn’t use his father’s last name, saying, “I didn’t leave Akins out to convince people my dad wasn’t my dad. I’ve always been called Thomas Rhett. I didn’t want to get rid of it.”

Share these Thomas Rhett facts with other country music fans!