This Toby Keith Song Was Almost Given to Blake Shelton 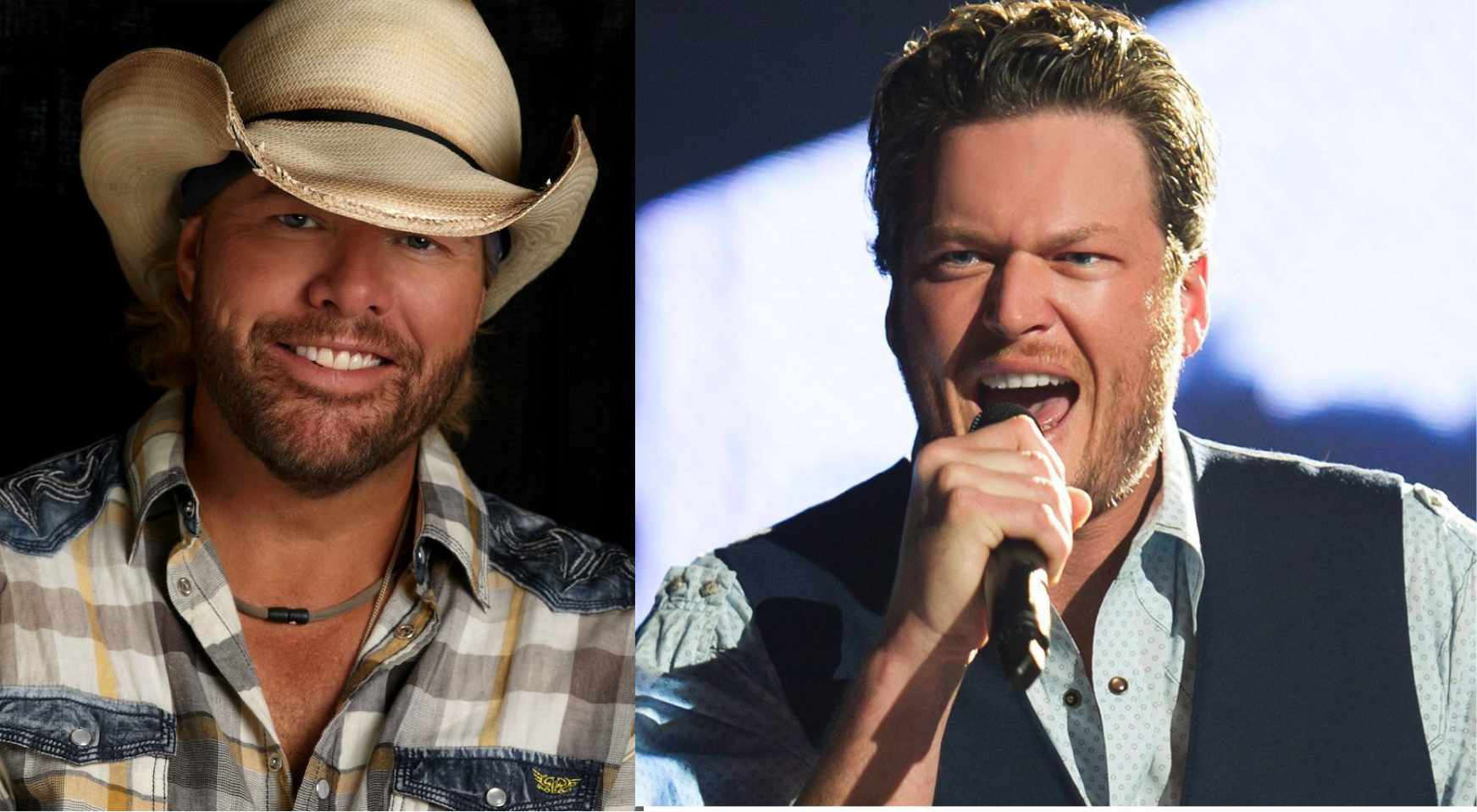 "I Wanna Talk About Me" became one of Toby Keith's biggest hits. However, the song was almost given to fellow Country singer Blake Shelton instead.

Do you remember when Toby Keith released his hit song “I Wanna Talk About Me” all the way back in 2001? His gruff voice gave the song it’s personality and attitude, but imagine hearing fellow Country singer Blake Shelton sing it instead.

Well, “I Wanna Talk About Me” was almost given to Blake instead of Toby Keith!

Legendary songwriter Bobby Braddock produced Shelton’s first few albums. Some of his well-known Country classics include “He Stopped Loving Her Today,” “D-I-V-O-R-C-E” and “Time Marches On.” He also wrote “I Wanna Talk About Me,” and gave details behind the song in a recent Facebook post. Working with Blake Shelton, he says, was “one of the most joyful times of my life,” but there was one disappointment.

Prior to recording “Austin,” which became Shelton’s first big hit, Braddock gave him “I Wanna Talk About Me” to record. The song covers stereotypes about gabby women and a man who selfishly wants to talk about himself for once. Executives at Giant, Shelton’s record label at the time, thought the song could be his debut single. They played pieces of the song for people on the phone, but their reactions were negative. “They said nobody liked it,” Bobby wrote.

So he took the song to producer James Stroud, who immediately picked it up for Toby Keith to record. According to Braddock, James Stroud “cut it on Toby pretty much the way I had cut it on Blake, and it went to No. 1 for five weeks. Blake was scratching his head about that one for a long time.”

Though Braddock was disappointed at first, he thinks they made the right choice in giving Blake Shelton his first hit “Austin” instead. He also points out that Shelton’s debut song also went to No. 1 for five weeks in 2001. It was the biggest debut single in 10 years.

Surely, Shelton’s version of “I Wanna Talk About Me” exists somewhere. Maybe one day they will share it with the world. As for now, we’re happy that Toby Keith ended up recording the song, and that it became one of his biggest hits!

Be sure to share this interesting tidbit with other Country music fans!