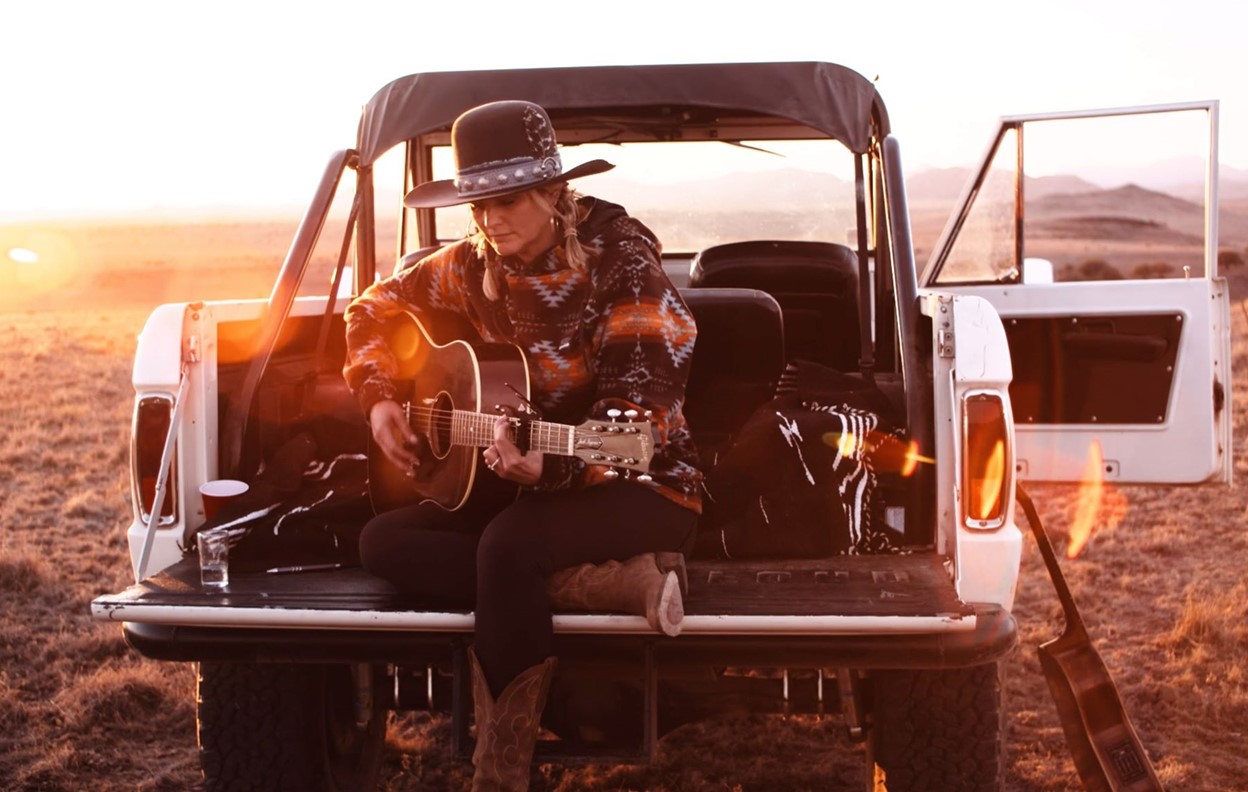 Country music star Miranda Lambert has teamed up with fellow Texas singer-songwriters Jack Ingram and Jon Randall to create The Marfa Tapes album! The record takes its name from the small Texas town where Lambert, Randall, and Ingram frequent as a writing retreat. It was recorded mostly outdoors and will be released on May 7th. The ballad “In His Arms” gives fans the first taste of what to expect. Check out the video below!

“In His Arms” Lyrics

I’ve been a rolling stone, a tumbleweed
Waiting for the right one to come find me
But the wrong one always set me free
I wish I was in his arms tonight

Is he playing in some house band in Dallas?
Is he breaking horses in San Antone?
Is he all alone in the neon light?
I wish I was in his arms tonight

Is he praying for rain out in West Texas?
Is he lost in the Marfa lights?
Is he out there looking for me?
Wishing I was in his arms tonight

I wish I was in his arms tonight

“Tin Man” and “Tequila Does” have appeared on previous Lambert records, but the rest were written for the new album.

Share this The Marfa Tapes album news with other country music fans!