George Strait’s ‘Strait Out of the Box: Part 1’ to be Re-Issued 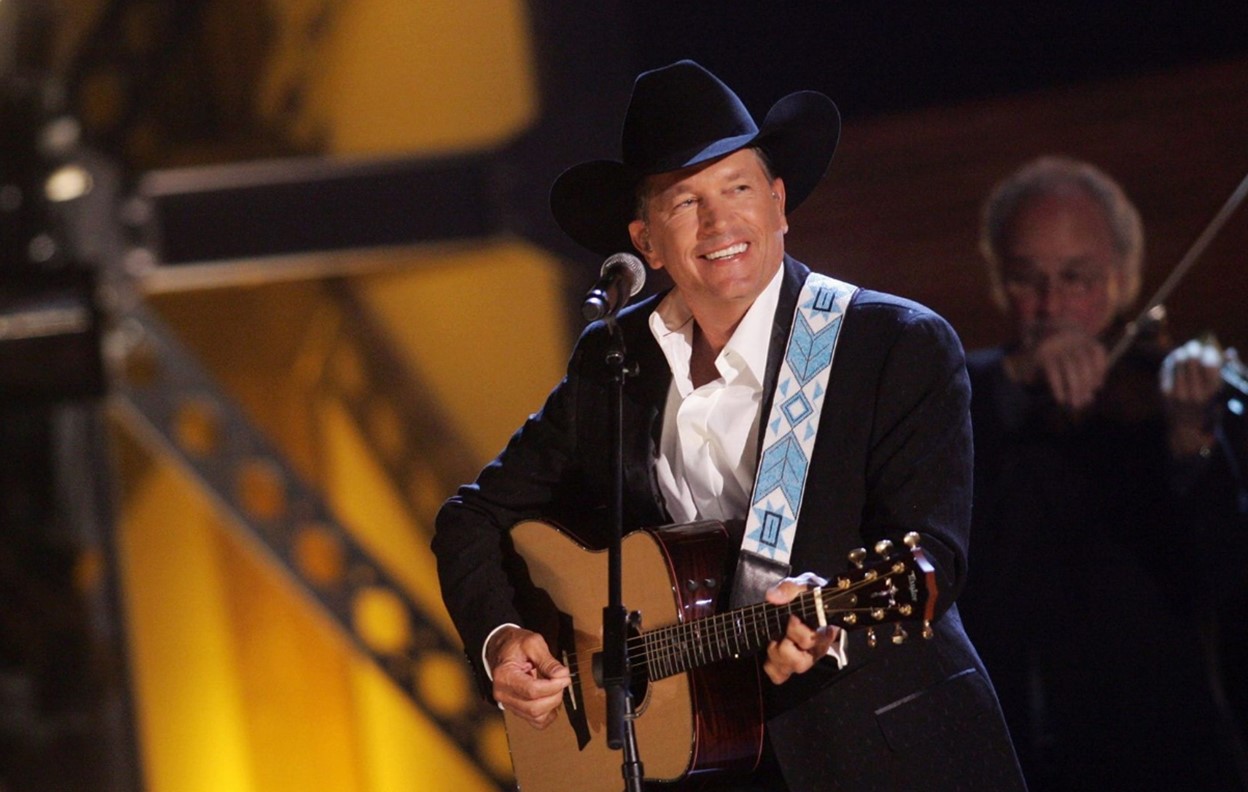 A special edition re-issue of country music icon George Strait's 'Strait Out of the Box: Part 1' is on its way! More details here.

A limited-edition special re-issue of country music superstar George Strait‘s 1995 Strait Out of the Box: Part 1 will be available exclusively at Walmart starting September 13th! Fans can pre-order their own copy here.

The 72-track collection takes a trip through Strait’s early recording career, specifically 1981 to 1995, and features 31 No. 1 singles such as “You Look So Good in Love,” “All My Ex’s Live in Texas” and “Check Yes or No.” What makes the collection even more special is the fact that each track was personally selected by the Texan himself.

In addition to the physical box set, a revamped Strait Out of the Box: Part 1 & 2 playlist is available to stream here, and fans can watch George Strait’s full collection of music videos here, newly remastered in HD.

Strait Out Of The Box: Part 1

Baby Blue
If You Ain’t Lovin’ (You Ain’t Livin’)
Baby’s Gotten Good At Goodbye
Bigger Man Than Me
Hollywood Squares
What’s Going On In Your World
Ace In The Hole
Love Without End, Amen
Drinking Champagne
I’ve Come To Expect It From You
If I Know Me
You Know Me Better Than That
The Chill Of An Early Fall
Lovesick Blues
Milk Cow Blues
Gone As A Girl Can Get
So Much Like My Dad
Trains Make Me Lonesome

Wonderland Of Love
I Cross My Heart
Heartland
When Did You Stop Loving Me
Overnight Male
The King Of Broken Hearts
Where The Sidewalk Ends
Easy Come, Easy Go
I’d Like To Have That One Back
Lovebug
The Man In Love With You
Just Look At Me
Stay Out Of My Arms
Big Ball’s In Cowtown (With Asleep At The Wheel)
The Big One
Fly Me To The Moon (Duet With Frank Sinatra)
Check Yes Or No
I Know She Still Loves Me

Also on September 13th, Strait celebrates the release of the official soundtrack for Country Music – A Film By Ken Burns, an eight part PBS documentary spanning the history of country music. Strait will join artists such as Randy Travis and The Judds on the soundtrack via his signature hit “Amarillo By Morning.”

With an unparalleled 60 singles hitting the top of the charts – more than any other artist in any genre – during the span of his 30+ year career, Strait is the undeniable “King of Country Music.” He has collected 33 Platinum or multi-Platinum-selling albums, more than any country artist and ranking third across all genres behind only The Beatles and Elvis Presley. Strait is the only act in history to have a Top 10 hit every year for over three decades and has sold nearly 70 million albums and earned more than 60 major entertainment industry awards

Strait also recently announced his return to the heartland in 2020 via performances at INTRUST Bank Arena on Friday, January 24th for Visit Wichita Presents Strait to Oz and in Kansas City for Strait to the Heartland at Sprint Center on Saturday, January 25 and Sunday, January 26, 2020. Additionally, fans can catch Strait later this year at Gillette Stadium in Foxborough, Mass. on Aug. 17; at Dickies Arena in Fort Worth, Texas on Nov. 22 and 23; and four additional “Strait to Vegas” shows at T-Mobile Arena in Las Vegas on Aug. 23 and 24, and Dec. 6 and 7.

Share this Strait Out of the Box: Part 1 update with other fans!