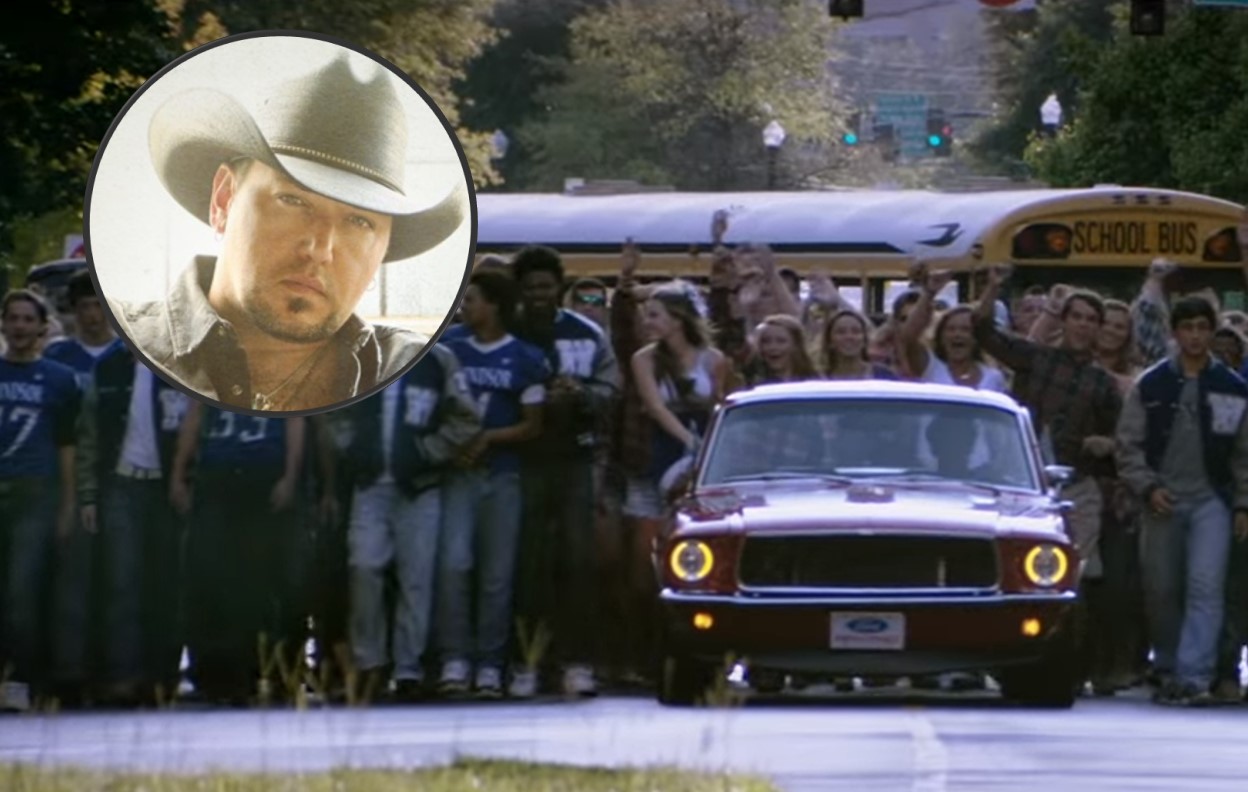 Not all country music videos are filmed in Nashville, Tennessee! Here are some small towns that have landed in the country music spotlight!

2) Kingsbury, Texas: Dierks Bentley shows off this place in his music video for “What Was I Thinkin,'” which released back in 2003. He roams through the town’s empty roads as he reflects on a wild night with a girl. There’s hardly any people living in this town with a population of about 780!

3) Claxton, Georgia: With a population of just over 2,000, Claxton makes an appearance in the spotlight thanks to Luke Bryan. The Hurricane Plantation in this small town is highlighted by Bryan in the music video for “Rain is a Good Thing.” It stresses the importance of rain for farmers to grow their crops. The video also features clips from Bryan’s 2009 Farm Tour.

4) Ada, Oklahoma: Blake Shelton brings the light to his hometown of Ada, Oklahoma for his song, “Bringing Back The Sunshine.” While driving an old Chevy, he takes viewers on a personal tour through the town of about 17,000 people.

5) Lockhart, Texas: Midland highlights this small town in the music video for their debut single, “Drinkin’ Problem.” Driving through fields and setting the scene in Lockhart, they sell moonshine from the trunk of their car.

6) Franklin, Tennessee: For Brad Paisley‘s “Heaven South” video, he put out a casting call to anyone in the Franklin, Tennessee area. The town is just south of Nashville. He drives around playing his tune until he meets a crowd of fans that join in singing with him.

7) Smithville, Texas: This place is the setting for Miranda Lambert‘s emotional song, “Vice.” It’s a personal place for Lambert, who grew up in Smithville with a population of just over 4,000. The video shows her leaving her wrecked car and walking through the streets. Towards the end of the video, she drives off in a black sedan.

8) Macon, Georgia: Jason Aldean takes viewers back to his old stomping grounds in Macon for the “Gonna Know We’re Here” music video. It was filmed at Windsor Academy, Aldean’s old high school, and he walks through the halls and fields, reflecting on memories made there.

9) Kernersville, North Carolina: The hometown of Chris Lane is featured in “Broken Windshield View.” It’s music video shows landmarks special to that place, such as specific road signs, the water tower, and Glenn High School, where Lane was a student.

10) Watertown, Tennessee: Ashley McBryde‘s “Little Dive Bar in Dahlonega” takes place exactly where it sounds. She filmed the music video in the bar where people of the small town go to make the best of everything. Check it out here!

11) Poyen, Arkansas: Justin Moore‘s hometown of Poyen inspired the music video for “Small Town U.S.A.” So naturally, for the music video, he gives fans a look at the VERY small town of less than 300 people. Moore is seen playing guitar in front of some of the local landmarks.