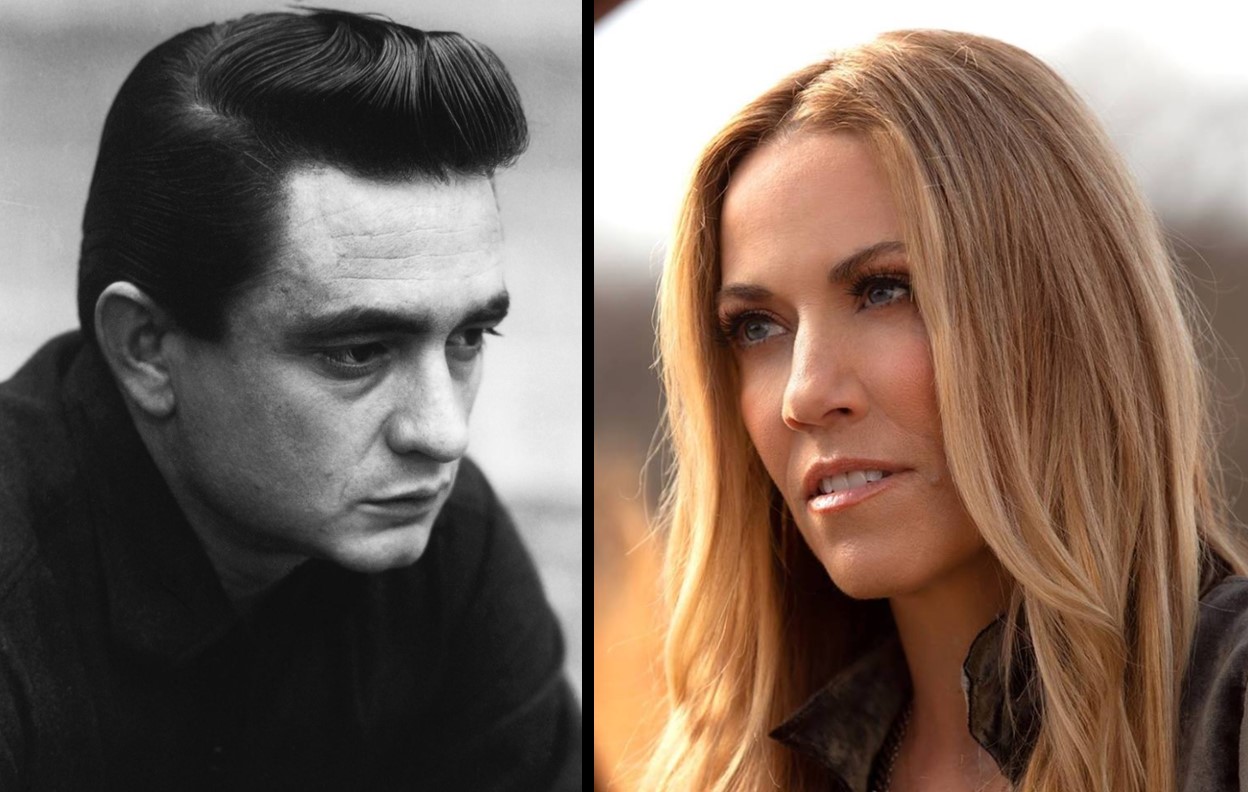 Sheryl Crow's "Redemption Day" has been recreated to include country music icon Johnny Cash! Check out the music video here!

“This song has had a lot of different lives,” says Crow of the track that originally appeared on her Grammy-winning, triple Platinum album Sheryl Crow in 1996. “It’s led me to some strange and interesting opportunities.”

“I’d never been anywhere even close to a war-torn area,” Crow expresses of the trip, where she visited military bases, played for troops and met with families. But when she returned home, the news was covering the ongoing genocide in Rwanda. Sifting through feelings of confusion – “We had all these resources tied up in Bosnia, and I kept thinking about how and why do we choose where to get involved. Is it desire for control, greed for oil—what is it?”

She then sat down to write a song. At the time, her hope was actually to write about a break-up, but instead, out came a “diatribe from somewhere in my subconscious,” challenging the motivations behind war.

In 2003, one of Johnny Cash’s sons-in-law played “Redemption Day” for the Man in Black, who then wanted to talk to her. “He asked a lot of questions about different lines and what I meant,” says Crow. “He didn’t want to put his voice to the song without being able to believe it heart and soul.”

Cash recorded the song and told Crow that he felt it was the cornerstone of his next album, but his version wasn’t released until 2010’s American VI: Ain’t No Grave album. While on tour in 2014, Crow performed “Redemption Day” as a duet with Cash’s recording, projecting his image onstage—which inspired her to approach his estate with the idea of re-recording a collaboration of their voices for her new project.

Director Shaun Silva coupled footage of Cash next to scenes of a young child watching history unfold, in all of its tragedy and triumph, throughout Sheryl Crow’s “Redemption Day” music video as a somber yet hopeful Crow carries the melody.

“As a mom of two young kids,” shares Crow, “I see that our kids watch what we do on their behalf and how we shape their future. They’re privy to everything visual, especially now, and there’s no way to shield your child from the roughness of reality. If we could see the world through a child’s eyes, we would make different decisions.”

Incorporating Cash into the project – alongside songs with other friends from Keith Richards to Stevie Nicks to St. Vincent – is more meaningful to Crow than just the sound and memory of one of America’s greatest icons.

“With what’s happening in our nation now, and how dire things look, to have Johnny’s voice offers some hope,” she says. “Knowing how he felt about the song, I feel pretty certain that he would have some wisdom to impart about what’s happening now and who we are becoming. I hope that wherever he is, he feels proud to be a part of it—I certainly feel his presence in the song.”

Share this new version of Sheryl Crow’s “Redemption Day” with other fans!