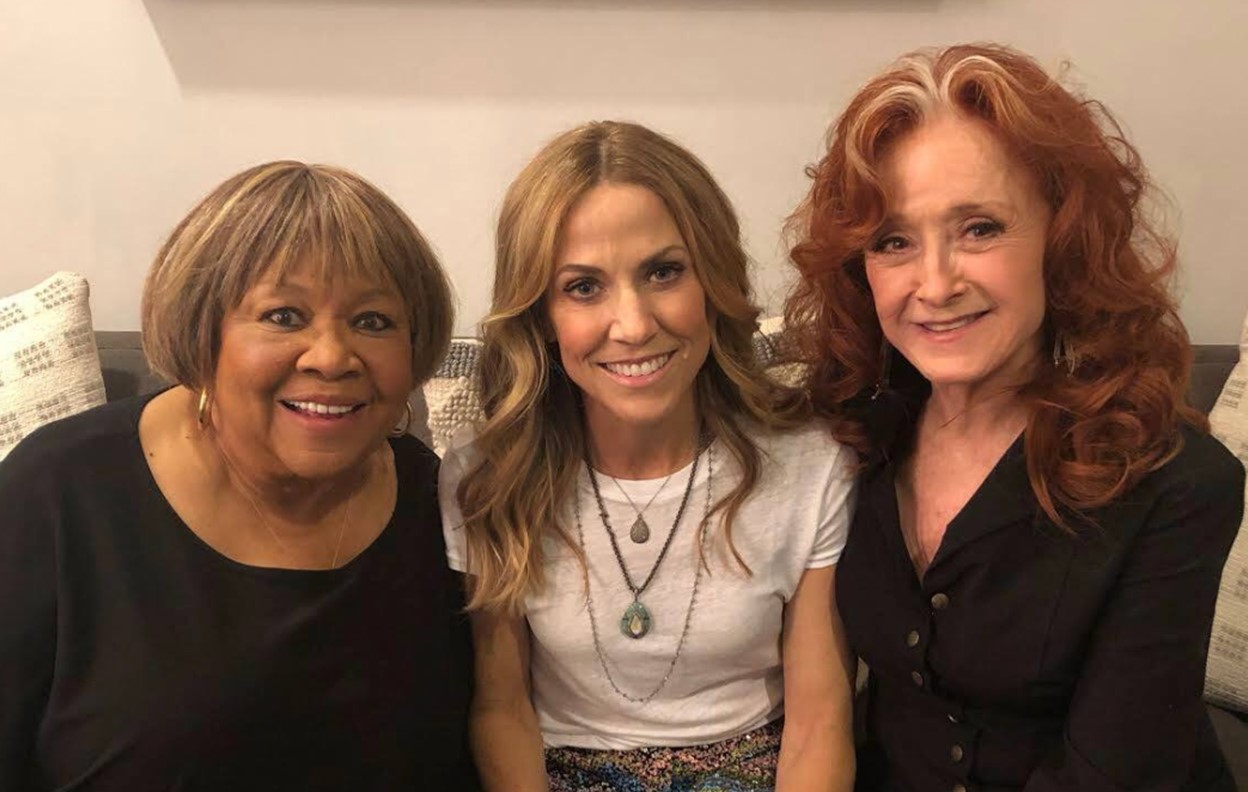 Sheryl Crow’s Threads album is set to drop on August 30th and features collaborations with artists who have been an inspiration to the singer-songwriter, such as Stevie Nicks, Willie Nelson, Chris Stapleton, and Bonnie Raitt. The incredibly diverse list goes on!

“I became inspired to record an album of musical experiences with the legacy artists who inspired me to want to be a great songwriter, musician, and producer. It is a celebration with them, and a tribute to them,” the songstress shared with Big Machine Label Group.

Crow also noted that she included young artists in the mix such as Maren Morris, as she believes they will continue to “light the way for humanity.”

Check out a snippet of Sheryl, Mavis Staples, and Bonnie Raitt on The Ellen Show showcasing a tune from the new album titled “Live Wire.”