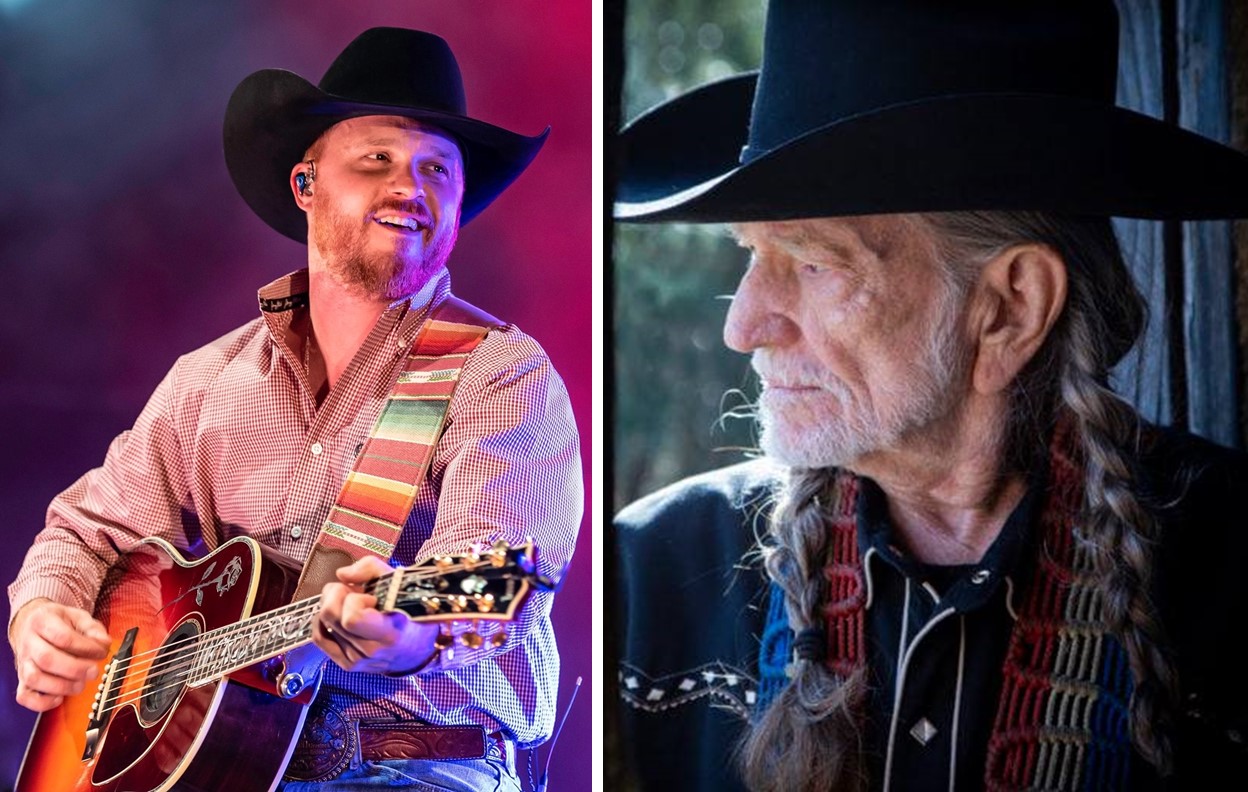 Country music star Cody Johnson has released the first song from his forthcoming double album, which includes 18 tracks, due out this fall. The song is the ultimate throwback duet with musical icon Willie Nelson on a song Nelson penned entitled “Sad Songs and Waltzes”. Check it out below!

Johnson wasn’t born when Nelson’s Shotgun Willie album was released in 1973, but that didn’t stop him from being inspired by one of the most heartfelt tracks on the album. He recalls how close to home it hit him when he first heard the song about a decade ago, after he’d played a show at Midnight Rodeo in San Angelo, Texas. Wide awake around 3:00 a.m., he was watching Nelson on PBS’ Austin City Limits. “You could tell that it was pretty early on in his leaving of Nashville, because his hair wasn’t very long,” Johnson explains. “Willie said, ‘Well, I went up to Nashville and I had a pile of songs, and I sang ’em all for the record man, and the record man told me, sad songs and waltzes aren’t selling this year, son.'”

The lesson Johnson learned that night — and still remembers all these years later — is that even Willie Nelson has been told no throughout his 60-year career as an artist. So, chasing down a trend in country music is one thing that both artists would never do. It’s a line that neither one will cross. “The way I am, the music I create, the way that I look, and the cowboy that I am hasn’t been a trend in Nashville for a long time,” Johnson says. Because he knows, as Nelson knows, that being true to yourself is what makes for the best music and the most loyal fans.

Knowing all that, Johnson made the decision to bring that song back, and record it with Nelson. The result is a moving ballad from the two distinctive voices, all about the creative process artists go through when they are unwilling to compromise their art.

“Willie was very gracious to do it, and I got to have a very candid conversation with him, and it was one that meant a lot to me,” Johnson says. Because he knows that while Nelson has a long history of memorable collaborations — with artists like Dolly Parton, Kenny Chesney, Kacey Musgraves, Sheryl Crow, Carrie Underwood, Merle Haggard, Loretta Lynn, Waylon Jennings, and Lee Ann Womack — he doesn’t just partner with anyone who asks. It takes a special kind of artist who treasures the traditions of old school country music in order to measure up. It takes an artist like Cody Johnson.

Share “Sad Songs and Waltzes” with other country music fans!