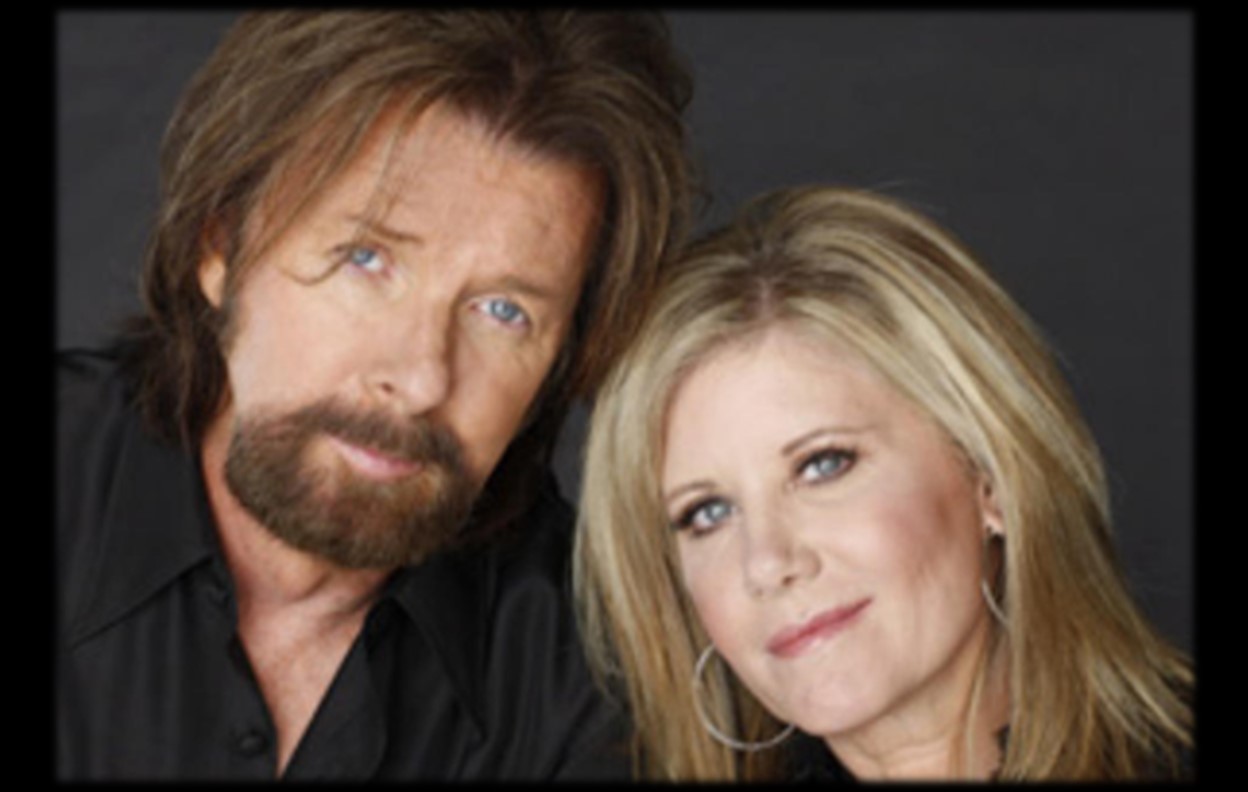 Ronnie Dunn is not only half of Brooks & Dunn, but he's also part of another amazing duo. Learn about Ronnie Dunn's Wife, Janine, and their family here!

The country music legend has led an interesting life and Ronnie Dunn‘s wife, Janine, has been by his side for a large chuck of it! Learn more about Ronnie, Janine, and their family below!

Born on June 1, 1953 in Coleman, Texas, Ronnie Gene Dunn attended 13 different schools in 12 years. He attended Abilene Christian University majoring in psychology. While in college he was a music and youth minister, but after hours he and his band played in bars around the Abilene area. Later, he and his family moved to Tulsa, Oklahoma. While living in Tulsa he gained more experience playing in local honky-tonks such as Tulsa City Limits. In 1989, a friend and band mate, Jamie Oldaker, entered Dunn in a talent show sponsored by Marlboro. Dunn won the contest and it landed him a recording session in Nashville.

In 1990, Ronnie Dunn and Kix Brooks formed the group Brooks & Dunn. In 1991, they released their first album together, Brand New Man. While Brooks and Dunn were launching their duo career, Ronnie gained another very important partner in his life, his wife Janine. Ronnie and his wife of 32 years, said “I do” on May 19, 1990.

Ronnie and Janine have raised three children together- Whitney, Jesse, and Haley. They are also the grandparents of five. They reside just outside of Nashville on a farm, in a home they lovingly call “the barn.” Living on 600 acres of beautiful Tennessee country gives their family plenty of space to spend time making memories together. In an online interview with Country Living, Dunn shares, “There is a quietness and peace here that I can’t find anywhere else.” Dunn loves to spend time fishing, hiking, and horseback riding with his family, especially the grandkids.

Watch the video below for a tour the Dunn’s home and see details about his photography skills below.

He also enjoys photography and has posted some amazing shots on Instagram.  During an interview with One Country Dunn says, “When I kind of left the Brooks and Dunn thing, I just didn’t have anything to do with my hands, so I needed something creative to do.” He definitely has an eye for capturing beautiful images.  Take a moment to check out his Instagram pictures. A-M-A-Z-I-N-G!!

Here are just a few…

As it often does, it rained cats and dogs for the first couple of days at the Miles City, Montana Bucking Horse Sale this year. By day two the arena was muddy soup but the show must go rang loud and clear as one by one, over and over these tough hombres faced the brown dirt monster and ever defiant beasts for a shot at the championship buckle. I couldn’t resist turning my camera on the brave Cowboys and Cowgirl that took on Mother Nature and beast. Salute !!! RD #LensmenProject #mcbhs19 #montana #rodeo #horses #cowboys #buckinghorses

ACCESS to the subject is everything in so many ways with Photography. – Our small sea plane was forced to land short of our desired destination due to bad weather. Fortunately, plan “B” (Brooks Falls) was a tad “tourista” but it afforded us, albeit a narrow window of opportunity to gain eye level access to the more than 58 brown bears that are known to roam the protected park. – We had hoped to be able to get to Funnel Creek on the Moraine River where accessibility to wildlife can often turn into unnerving encounters. Today fate led us elsewhere. – Once in the Brooks refuge we took the road less travelled and waded through the heavy bush to the river where bears were feeding on the last remnants of the great salmon migration. After a brief and surprisingly harrowing encounter with a massive brown we made our way into the Brooks river. – Here are three shots…. RD

Here’s to wishing Ronnie and Janine Dunn many more years of love and happiness.

Remember to share this look at Ronnie Dunn’s wife and family with other country music fans!