Reba, Brooks & Dunn: Together in Vegas Residency Extended into 2020 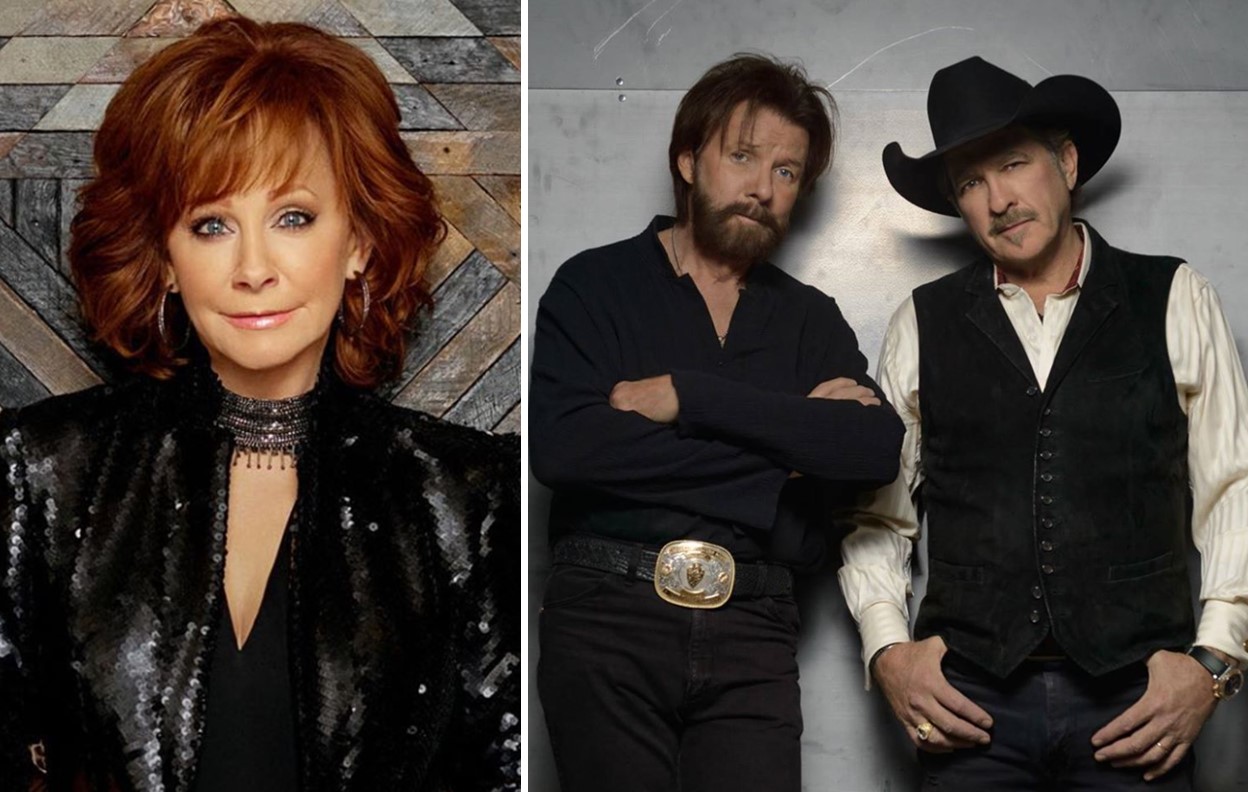 Reba McEntire and Brooks & Dunn have decided to extended their Las Vegas residency once again! Reba, Brooks & Dunn: Together in Vegas will return to the Colosseum at Caesars Palace in Las Vegas for the sixth year in a row starting on April 8, 2020. Tickets go on sale this Friday, December 6th and may be purchased in person at The Colosseum at Caesars Palace Box Office, by calling 866-320-9763, or online at thecolosseum.com/ ticketmaster.com.

Excited to be back in Vegas at the @colosseumatcp with @brooksanddunn this week AND to announce that we’re extending our residency through 2020!!! Tickets go on sale this Friday, but you can get access to a special presale tomorrow, Dec 3 by joining my official mailing list at Reba.com!

Share this big news and enjoy the official music video for Reba McEntire’s “If You See Him, If You See Her” featuring Brooks & Dunn below!

As fans may recall, the collaboration served as the title track for each artist’s respective 1998 albums– If You See Him for Reba, and If You See Her for Brooks & Dunn. The records were both released on June 2nd and promoted by both artists’ labels. It is the only single to feature both Kix Brooks & Ronnie Dunn on vocals. The country artists debuted the song penned by Terry McBride, Jennifer Kimball and Tommy Lee James at the Academy of Country Music awards in 1998.

“If You See Him, If You See Her” hit number one on the Billboard Hot Country Singles & Tracks charts, giving McEntire her twenty-ninth number one single, and Brooks & Dunn their twelfth.