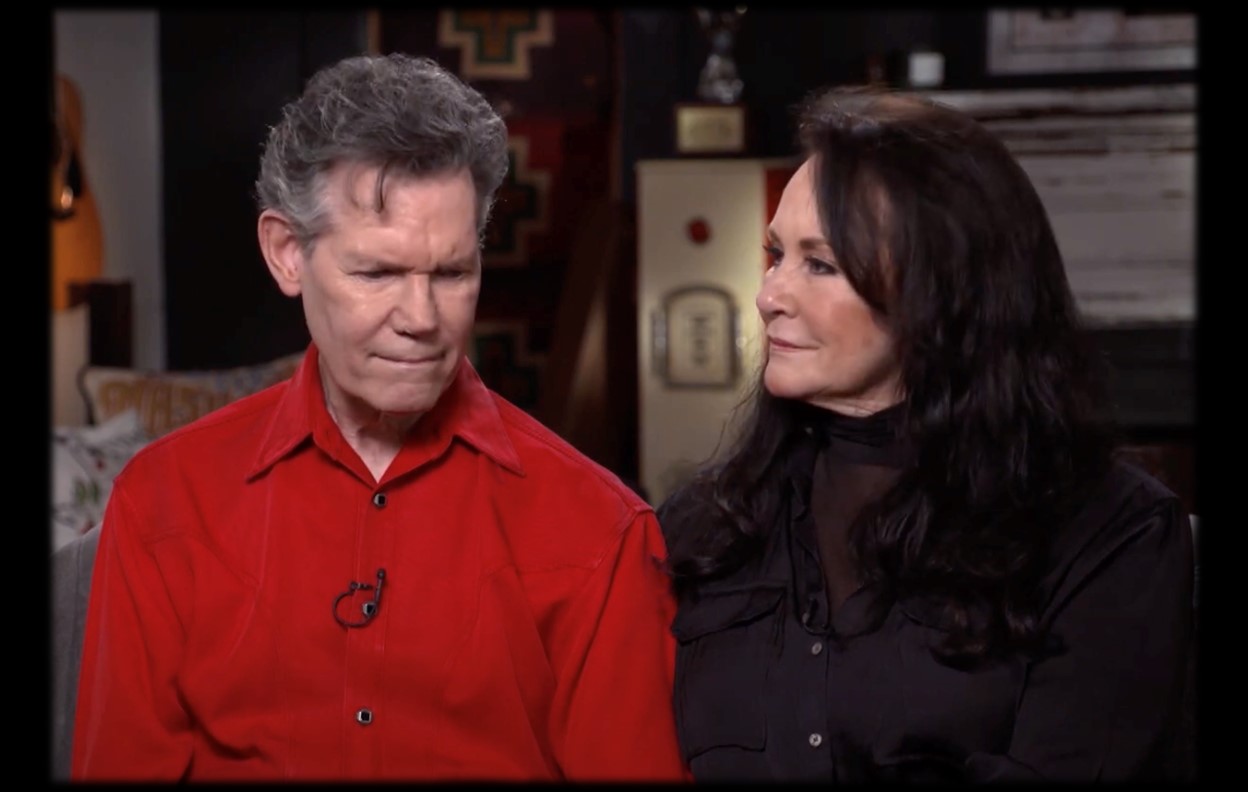 The latest episode of AXS TV's 'The Big Interview With Dan Rather' features Randy Travis and his wife Mary. The interview airs on Wednesday, January 27th at 8pm EST/5pm PST!

This week’s episode of AXS TV’s The Big Interview With Dan Rather features country music icon Randy Travis and his wife Mary. During the conversation—filmed remotely utilizing both Zoom and in-person camera teams—Travis, through his wife, explains his road to recovery and the fight to regain his mobility, speech, and singing seven years after enduring a debilitating stroke. The pair also share their love story and the pivotal moment Mary knew her husband was ready to keep fighting for his life. The interview airs on Wednesday, January 27th at 8pm EST/5pm PST.

In this sneak peek video, Travis—with the aid of his wife, who is on hand to serve as his voice due to the results of his stroke—reflects on his powerful rendition of “Amazing Grace” at the 2016 Country Music Hall Of Fame induction ceremony, an unforgettable performance he had unwittingly begun laying the groundwork for two years prior while in physical therapy.

“That’s where a little girl named Tracy, who had a music degree, would come in on her lunch hour, bring her keyboard and started teaching Randy melody and song again,” Mary explains. “She started teaching him ‘Amazing Grace’… and the words all came back to him.” After two months of solely working on forming the letter ‘A,’ Travis was able to regain the following letters at an exponential pace.

“We spent probably six hours a day running through that song,” she recalls, “trying to get through all four verses and learning the words.” Travis’ time and dedication, and Mary’s unwavering love and support, were ultimately rewarded with an incredible moment that brought the world of country music to its feet. Mary continues, “I think when I put that microphone in his hand, he became Randy Travis again. It was absolutely beautiful.”

In July 2020, the star released “Fool’s Love Affair,” a never before heard single, on the anniversary of his first release “On The Other Hand.” “Fool’s Love Affair” has introduced a new generation of country music fans to a true icon of the genre.

The Big Interview With Dan Rather airs every Wednesday at 8pE/5pP, only on AXS TV. For more information on how to tune in, go here. Share this update with other Randy Travis fans!