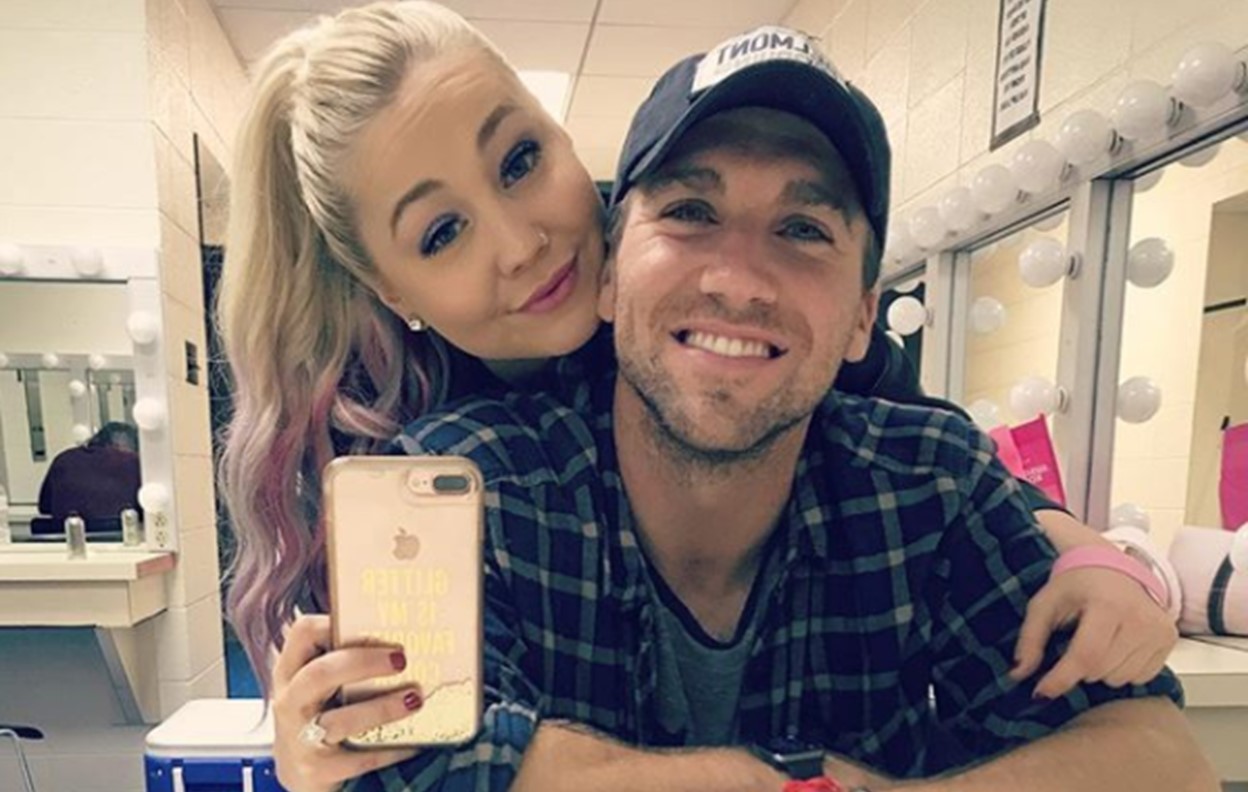 Country music star RaeLynn (Racheal Lynn Woodward) and her husband, Josh Davis, have been married two years as of February 27, 2018! There was an instant connection between them when they first met in 2012, but they didn’t get serious right away.

When RaeLynn and Davis met in church, they felt a spark, but they really hit it off a few weeks later at their friend’s wedding.

But the couple took a short break that influenced RaeLynn’s 2017 song “Lonely Call.” Check out the music video below!

“We dated for eight months and broke up… the song is verbatim how I felt,” she told Entertainment Tonight. “I remember him calling me one night, and he wasn’t being mean or anything like that. When you’re together and you’re so in love, you want to call the person even if you’re not together. I was like, ‘I’m not your lonely call! I’m a Texas girl!'”

When Davis hears the song, he just laughs now. The two have no hard feelings about it, especially now that they have their happy ever after!

RaeLynn added that her hubby makes jokes about it sometimes. “He goes, ‘I always regretted breaking up with you, but listen, you wouldn’t have gotten any of these songs if I didn’t do it.'”

Davis’ proposal was definitely one for the books. The former minor league baseball player planned a romantic scavenger hunt that ended at the site of their first kiss, Belmont University, where he got down on one knee and gave her a ring.

“He told me we were going on a business dinner with him and his boss,” RaeLynn told The Boot, regarding the proposal. “He told me to get super dressed up and wear something I like. I should have taken that as a clue, but I didn’t, because I’m blonde.”

When she walked downstairs, the first clue was waiting for her. Outside, her best friend was waiting in the car to take her on the scavenger hunt.

“And then I started crying because I knew what was about to happen,” RaeLynn said.

2 years ago we celebrated our love for each other in front of all the people we love. Love you so much Joshua! Your my world. ✨ happy wedding day anniversary 💍 @josh_davis_18

The big wedding was held in a Nashville barn with 300 people and a wedding party of 17 bridesmaids. It was a magical evening, and they had Southern food to accompany the party, including pork chops, barbecue chicken, corn cakes, shrimp and grits, green beans, and mac and cheese!

Ultimately, RaeLynn wanted everyone in attendance to have a good time. “I wanted to make sure we had the best DJ in town,” she told Us Weekly. “And I love table decorations. I wanted every table to have its own little thing. So that’s my main thing is I just want to create a cool atmosphere.”

While the wedding ran smoothly, the couple has faced some bumps in the road afterwards. Davis enlisted in the military and left for basic training in February last year. They support each other and she feels proud of the man she loves, saying, “I married up in every way.” Check out this Instagram post that shows RaeLynn’s appreciation for her husband.

My husband has always supported me in everything that I've wanted to do, yesterday began a new adventure for us. Joshua left for basic training to serve in our military and serve his Country. Saying I'm proud doesnt scratch the surface of how I feel. I love his heart and the man that he is more and more every single day. I married up in every way. Please keep him in your prayers, thank you all for the support… prayers to all the families who have a loved one who serve. Im thankful today for my HERO Josh and the best Valentine a wife could ask for. Miss you already ❤

“The best part about being with someone like my husband Josh is the fact that he is a prime example for not settling,” RaeLynn told ET in 2017.

Share this with other fans of this country music artist!