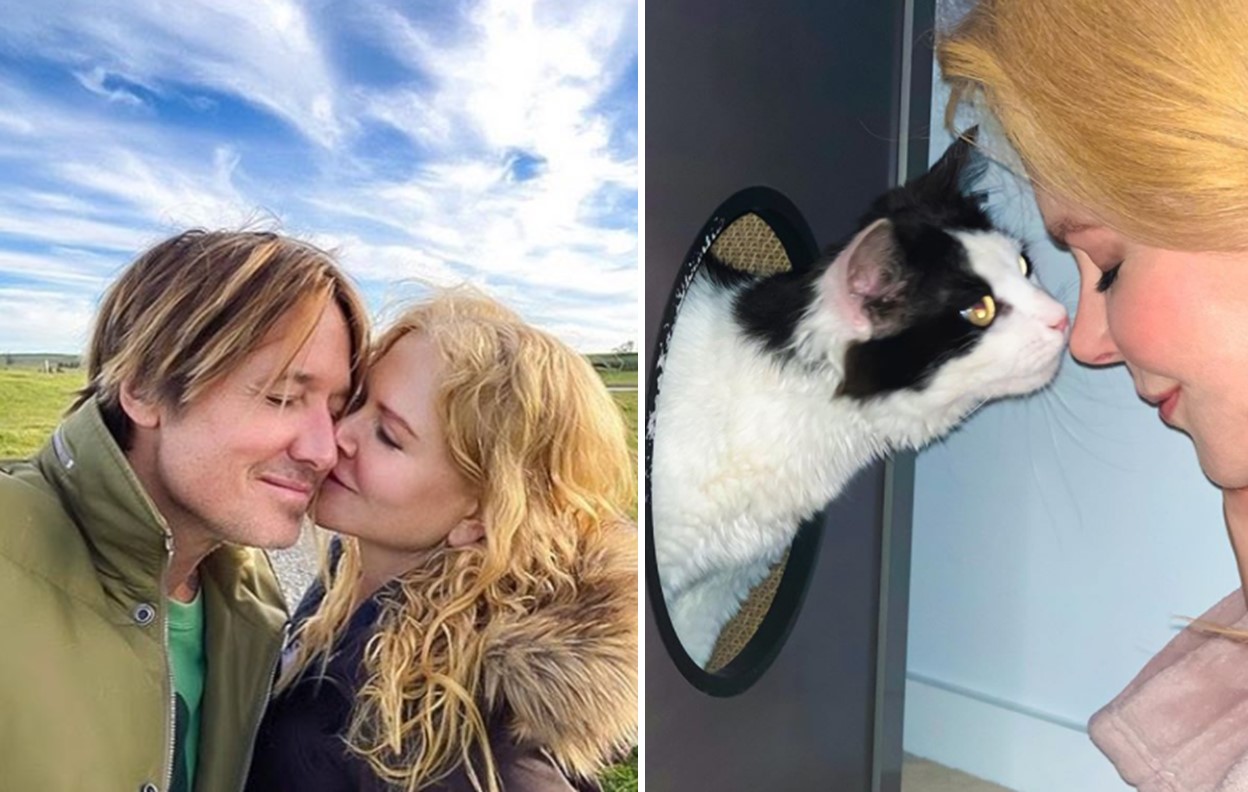 Meet the newest member of our fur-family, Louis! ❤️ #rescuecat 🐾

During a past interview, Nicole admitted to buying a specialized backpack that would allow her to hike with her cats.

“‘[The alpacas are] a little fierce. They make noises, they spit and they can bite. We have chickens as well. Alpacas, ten fish and two cats called Ginger and Snow… I really am a cat person. I’ve just got one of those carriers. Have you seen those? Those backpacks that you can put them in? Yeah, a cat carrier that’s a backpack and it has a window that they can peek out of and it’s got air and everything and they love it.’ Is she saying that she takes them on hikes? ‘Yeah. I was actually going to post a picture of it and then I thought, “Oh, I don’t want to do that.” But I may still because it is really cute. They hop in. They can’t wait to get in,’ Kidman explained to the United Kingdom’s You Magazine during a June 2019 interview.

Yes, the power couple’s cats and dog are just four members of the family’s menagerie! The pair are also pet parents of alpacas, chickens, and fish. A herd of Black Angus cattle also call their Australian farm ‘home.’ We’re sure Keith and Nicole’s two daughters, Sunday Rose and Faith Margaret, totally love having an assortment of animals around.

While Nicole has admitted that she’s a ‘cat person,’ Julian the dog has stolen her heart!

Ginger, Snow, Julian, and Louis are definitely very loved. Hopefully Nicole changes her mind and shares one of her outdoor adventures with the cats in their backpack. We wonder if Keith is also into the hiking with the cats idea— that would be something to see! If not, he can always walk the dog!

Share this closer look at Keith Urban and Nicole Kidman’s cats and dog with other fans of the couple!