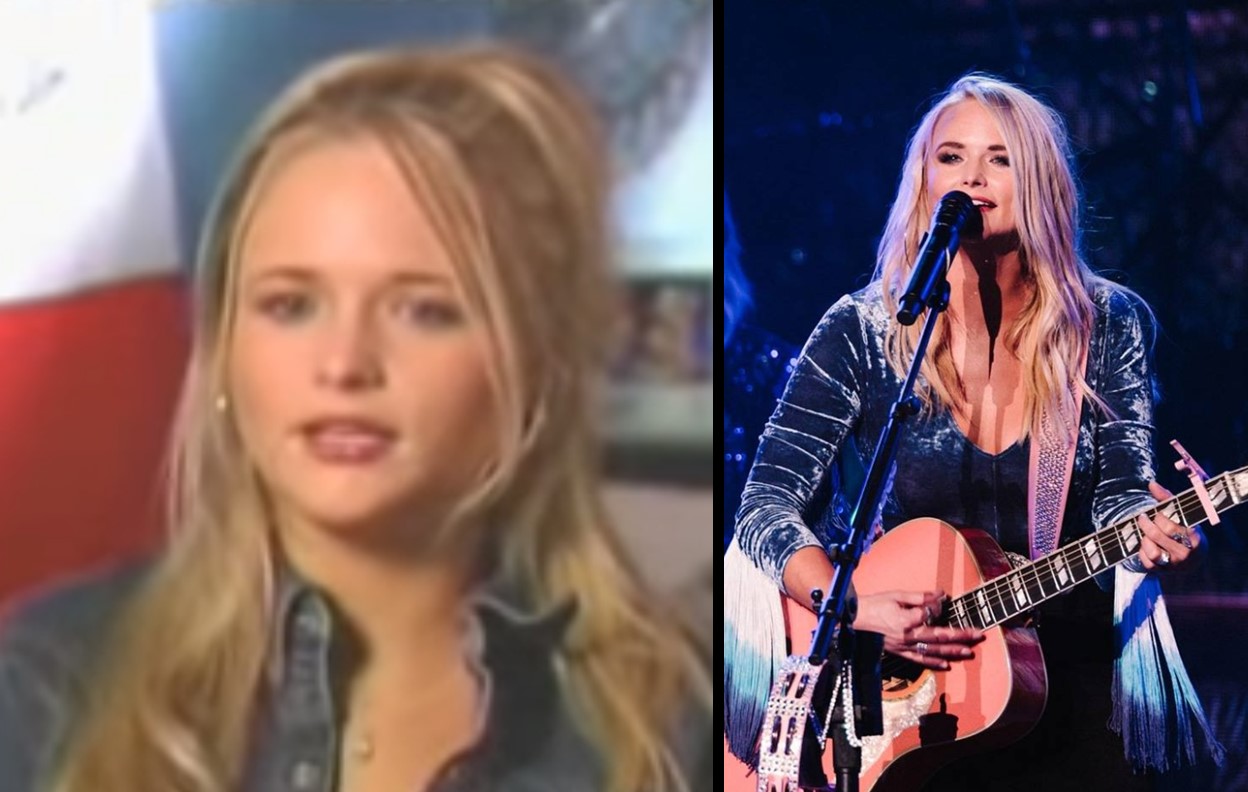 Let's take a trip back to 2003, when Miranda Lambert appeared on the televised reality singing competition 'Nashville Star!'

“I was so scared of the [Dallas-Fort Worth airport]. How am I going to navigate this? I have to land in Nashville and live in a house with 10 strangers,” Lambert shared about her time on the show during a panel at the 2020 Country Radio Seminar. “I basically treated it like moving into a dorm, I guess. That’s what it was. I just thought, ‘I have to give it my all. I’m here, I’ve made it, I’m going to try.'”

Enjoy the video clip below of Lambert at home in Lindale, Texas with her parents, Rick and Beverly, and younger brother Luke. During the segment, Lambert is also shown playing guitar with her father and discussing the song they wrote together, “Greyhound Bound for Nowhere,” which she performed live on the show to rave reviews from the panel of judges.

According to Miranda, “Greyhound” is “a song about a woman having an affair with a married person.” While that subject matter might seem heavy for a young woman barely out of her teens, the Texan explained that her parents’ work as private investigators exposed her to a lot of heartbreaking situations that gave her inspiration and the ability to hit upon a range of emotions.

Believe it of not, Lambert finished in third place overall, behind winner Buddy Jewell and runner-up John Arthur Martinez. During her time on the show, Miranda caught the attention of the show’s judge and Sony Record executive, Tracy Gershon, who helped Miranda sign with Epic Records.

Not long after Nashville Star wrapped, she went straight into the studio and released her hit debut album Kerosene in March 2005. The album debuted at number one on the Billboard Top Country Albums charts and featured “Me and Charlie Talking,” which was also penned by Miranda and her father along with Heather Little. Kerosene was eventually certified RIAA Platinum and spun off four Top 40 singles on the Billboard country charts, including the title track which was a Top 20 hit.

Share this fun look back at Miranda Lambert’s time on Nashville Star with other fans of the sassy singer-songwriter!