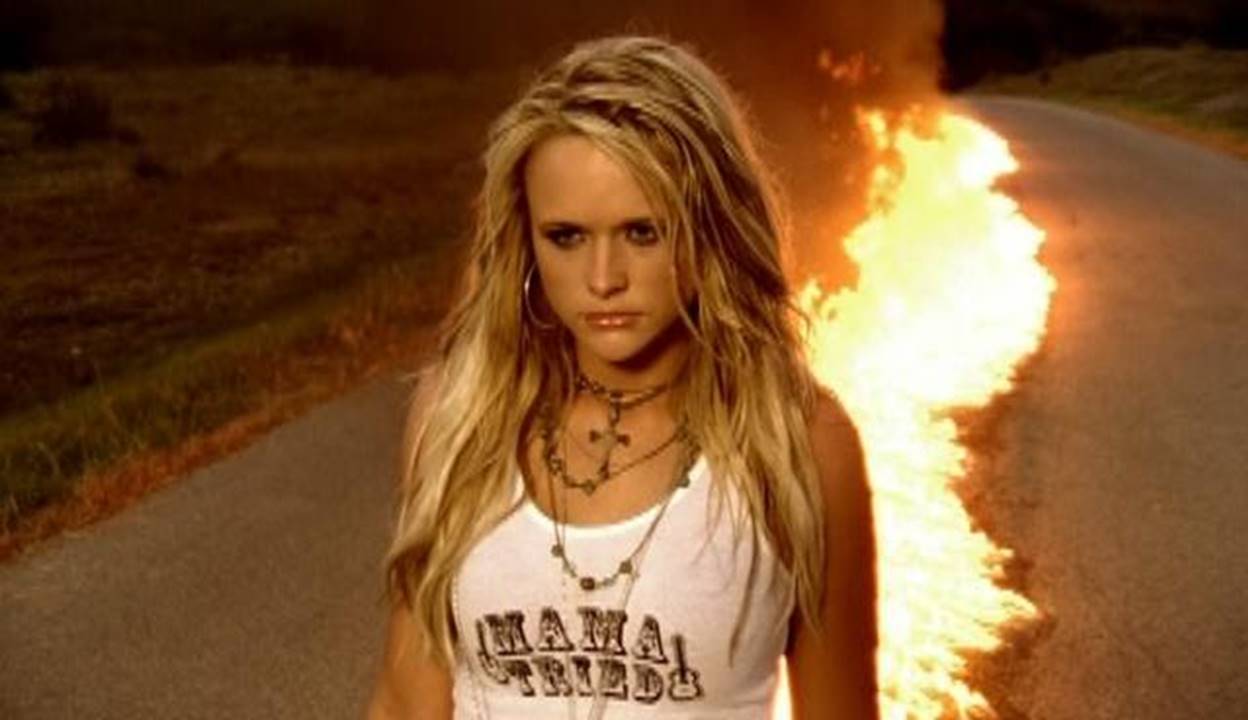 Country music star Miranda Lambert’s “Kerosene” was released in September 2005 as the third single and title-track to her debut album. The song was co-written by Miranda Lambert and Steve Earle and reached number 15 on the Hot Country Songs charts, becoming her first Top 20 country hit. It also gave the Texan her very first Grammy nomination for ‘Best Female Country Vocal Performance.’

Enjoy the “Kerosene” music video directed by Trey Fanjoy below!

I’m waitin’ on the sun to set ’cause yesterday ain’t over yet
I started smoking cigarettes there’s nothing else to do I guess
Dusty roads ain’t made for walking, spinning tires ain’t made for stoppin’
I’m giving up on love ’cause love’s given up on me

I gave it everything I had and everything I got was bad
Life ain’t hard but it’s too long to live it like some country song
Trade the truth in for a lie, cheating really ain’t a crime
I’m giving up on love ’cause love’s given up on me

Forget your high society, I’m soakin’ it in kerosene
Light ’em up and watch them burn, teach them what they need to learn, ha!
Dirty hands ain’t made for shakin’, ain’t a rule that ain’t worth breakin’
Well I’m giving up on love ’cause love’s given up on me

Share this early hit with other Miranda Lambert fans!