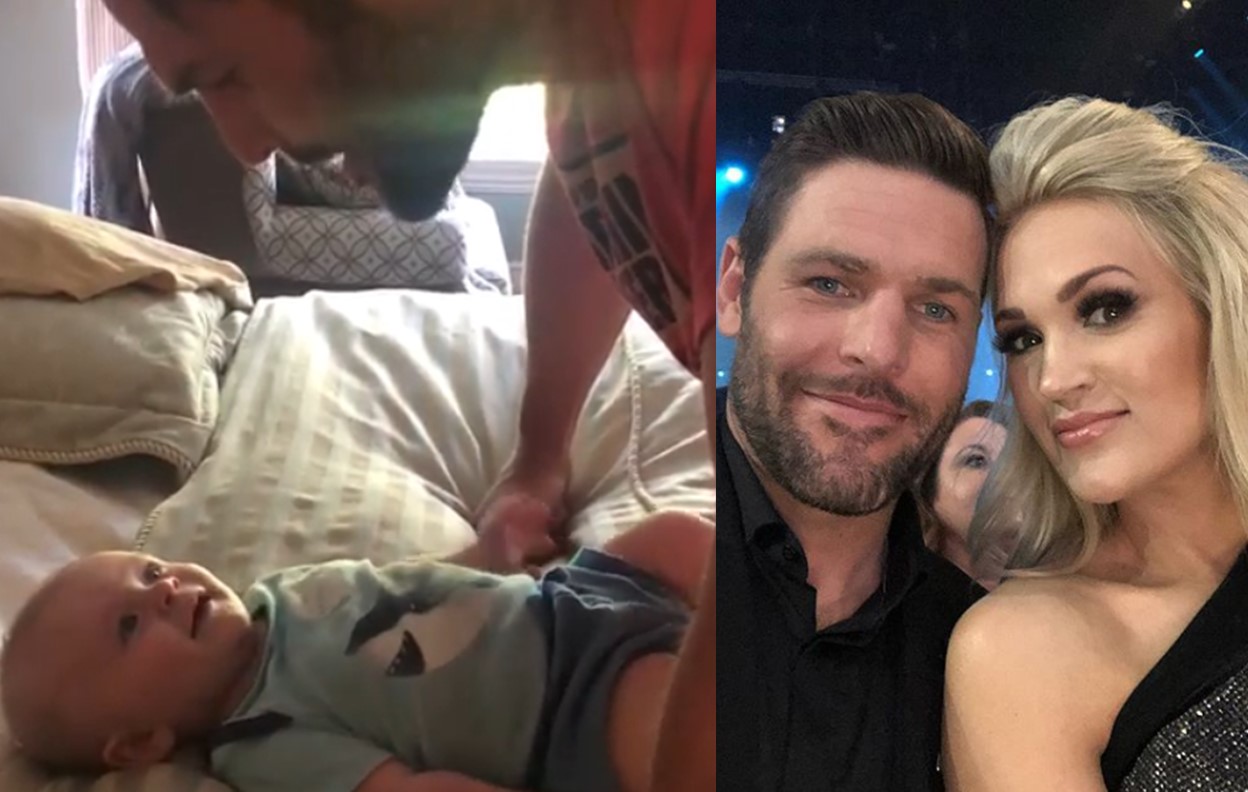 Over the weekend, Carrie Underwood shared an amusing clip of her husband singing Vince Gill’s “I Still Believe in You” to baby Jacob. The 5-month-old was clearly not having it…

Luckily, Underwood’s vocals soothed the little guy. Well, until Mike jumped back in on the song…

Fisher defended himself in the Instagram comments, writing, “The real reason is he was hungry and wanted your food. #notmysinging.”

While Mike Fisher’s singing may or may not make small children cry… We do know that he’s a great dad! Carrie and Mike have been married for nearly nine years and are loving having two boys!

I feel like this picture pretty much sums up fatherhood! 😂 To all the frog catching, bedtime story reading, wrestling, diaper changing, outside playing, adventure seeking, tickling, cuddling, loving dads out there, Happy Father’s Day! @mfisher1212 your boys sure do love you and are are so lucky to have you! ❤️

“It’s kind of crazy to think, sometimes I will literally look at my husband and be like, ‘We have two sons. We have two kids. We’ve been married for nine years and we have two children. We live on a farm.’ Life is very different with two. We kind of got out of that baby stage with Isaiah. He’s much more self-sufficient. He can brush his own teeth and put his own clothes own. He’s making decisions for himself, and then we start all over with the little squishy one [Jacob] again. It’s just kind of crazy. You forget how hard it is to be honest, but you just figure your way through it. I’m so blessed to have Isaiah, who is super helpful and super sweet, and he loves his little brother,” Carrie recently shared in an interview with her record label, UMG Nashville .

The country music superstar just wrapped the current leg of The Cry Pretty Tour 360 in Lincoln, Nebraska on Sunday (June 23rd), and she’ll travel across the pond for a handful of dates in the UK, beginning June 28th. She returns to the States for four performances at Nashville’s Grand Ole Opry; two each on July 19th and 20th. The Fall leg of the trek begins September 10th in San Diego.

Share this update and Mike Fisher’s singing with other fans!