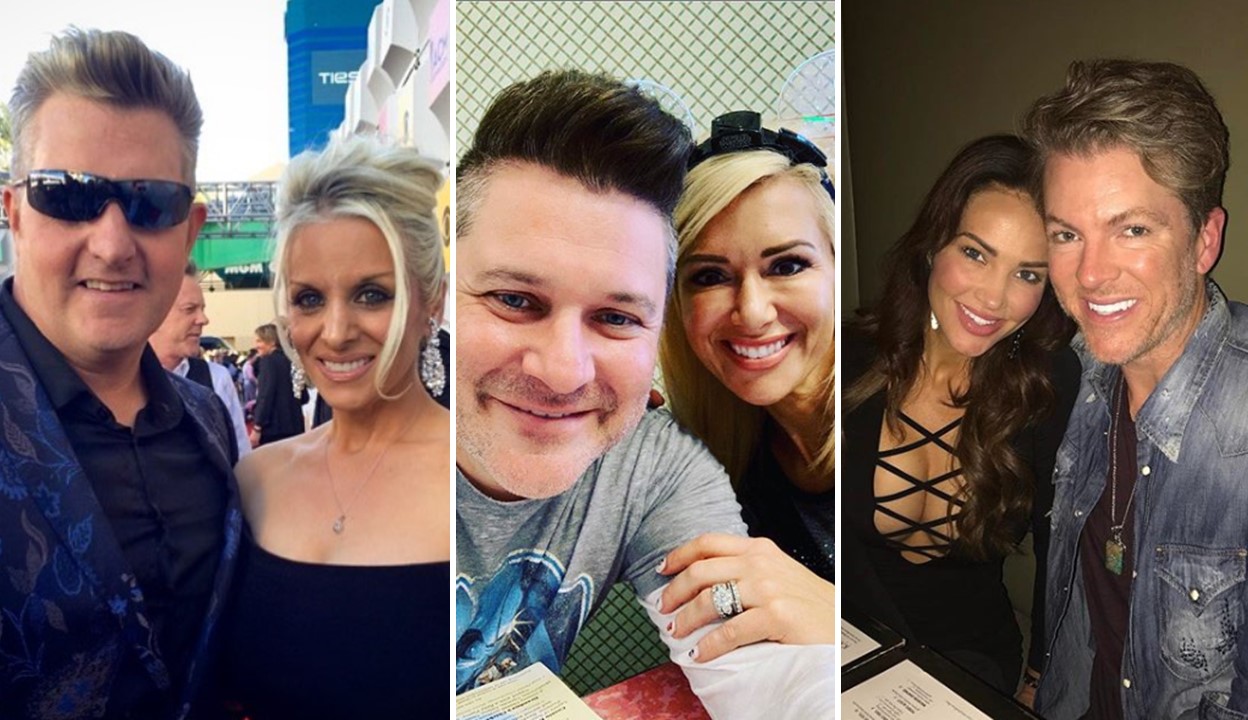 These stars not only have successful careers in country music, but they have also managed to find true love! Meet the Rascal Flatts wives here!

Rascal Flatts formed when second cousins Gary LeVox and Jay DeMarcus came to Nashville and joined up with Joe Don Rooney in 1999. Over the last two decades, they have earned 17 number one hits, released 12 studio albums, and have won numerous awards. What can be better than that? How about also having happy marriages and beautiful children. Meet the Rascal Flatts wives below!

It was love at first sight for Gary LeVox. He met Tara Vernon back stage at gospel music festival in Decatur, Alabama, while he was there as a backup singer for a gospel artist. In a past interview with CMT Radio, Gary shared, “A lady came up and was standing with her daughter [Tara], and we were just talking. And I knew at that moment that I was looking at my future wife. It was the weirdest thing ever.” On May 15, 1999 Gary married his sweetheart. Together they have two daughters, Brittany Kay Vernon, born August 26, 2000 and Brooklyn Leigh Vernon, born March 21, 2004. Although Gary and Tara make their home in Tennessee, in his heart, Ohio is still “Home Sweet Home.”

Jay DeMarcus and Allison Alderson tied the knot on May 15, 2004. They have two children together, daughter Madeline Leigh, born on December 17, 2010, and son Dylan Jay, born on July 20, 2012. Jay met his wive on set while making the music video for the song “These Days.” Allison is a natural in front of the camera and is a former beauty queen— Miss Tennessee Teen (1994), Miss Tennessee (1999), and Miss Tennessee USA (2002). Not only is this lady beautiful, she’s also smart. Growing up in Jackson, Tennessee, Allison graduated from the University School of Jackson. She then graduated Cum Laude from Rhodes College in 1999 with a degree in business administration. As a graduate of Rhodes College she won the Wall Street Journal Award of Excellence in Finance for being the top finance student. Allison also studied at Georgetown University in Washington, D.C. Allison works on CMT’s Hot 20 Countdown and is regular host of the Miss Tennessee pageant. She’s also a member of numerous board of directors including the Vanderbilt Children’s Hospital and she somehow finds time to volunteer for many causes, such as the Harvest Food Bank.

Be sure to catch their new show, DeMarcus Family Rules, on Netflix!

My baby girl and I, out by the pool…. love spending these moments with her… #summernights #babygirl #maddieboo

My little man is 8 years old today!!! I can’t believe it. The second picture was taken on the very day he came into the world: I am playing in my scrubs, in Detroit, because I barely made it to the stage on time, due to flying to Nashville, turning right around and flying back-what a day it was!!! He is my heart and soul, and it’s an honor to watch him grow into such a fine little man…. I love you Dyllie!!! Pass along some bday wishes to him below!!! #dylansbday #scrubsindetroit #rascalbaby #julybaby

Tiffany Fallon married Joe Don Rooney on April 23, 2006. This former Miss Georgia, and 1st runner up for Miss USA 2001, found her perfect match in Joe Don. Tiffany graduated from Florida State University with a degree in sports management. In high school, she played volleyball, soccer, and ran track. This athletic lady was also Playboy‘s Miss December 2004, and appeared on television’s The Celebrity Apprentice. Joe Don and Tiffany reside near Nashville raising their three children – son Jagger Donovan, born May 31, 2008, daughter Raquel Blue, born September 7, 2010, and youngest daughter Devon Olivia, born September 29, 2014. During a 2009 online interview with People, Joe Don says, “I love her; I’ve always loved her drive and her zeal for life, but to see her be a great mom is the most magical thing. She’s such a devoted mother.” What a beautiful sentiment!

Be sure to share this closer look at these Rascal Flatts wives with other fans!