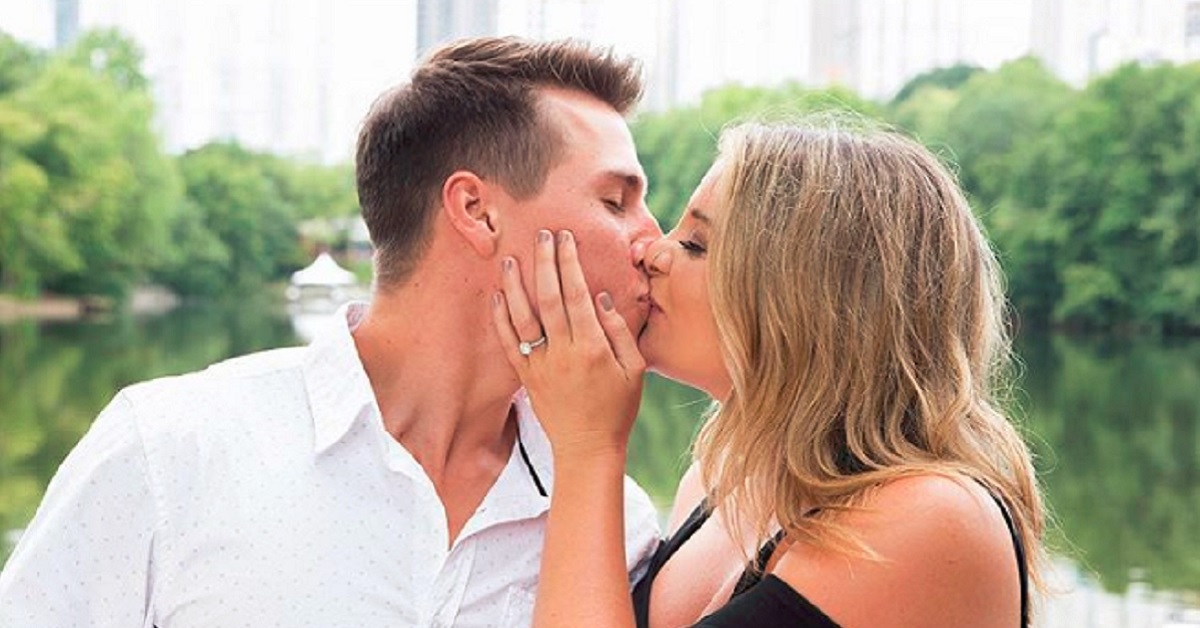 Being yours forever has a nice “RING” to it. #HoppilyEverHopkins @_alex_hopkins WE ARE ENGAGED. EEEK. 💍❤️

Nearly five years after the couple started dating, Lauren and Alex continues to prove why they fit the term ‘goals’ perfectly. If you’re searching for proof, look no further than Hopkins’ Instagram page. Let’s look through his five cutest posts below.

Most boyfriends struggle to work up the courage it takes to match with their significant other, but Alex Hopkins proves he will do anything for his talented girlfriend. The attractive couple probably killed their holiday parties by rocking their elf outfits.

"I planned out our whole day. First, we'll make snow angels for 2 hours, then we'll go ice skating, then we'll eat a whole roll of Tollhouse cookie dough as fast as we can, then we'll snuggle." @laurenalaina

Apparently the young pair shared their first kiss the night this photo was taken. Half a decade later and Alex and Lauren still can not get enough of each other’s love.

July 5th, 2012 this nervous 17 year old boy would have done anything to make that pretty girl sitting next to him smile. He never could have imagined that on October 14th he would somehow work up the courage to ask her to be his girlfriend, and for whatever reason she would say yes. 4 years later she still makes me nervous, and I still do absolutely anything to see her smile. Happy anniversary @laurenalaina. This is just the beginning. I love you! #ThisWasOurFirstSelfie #FirstOfProbably2Million #WhyDidntIFixMyHair #SheKissedMeAnyway #FirstKissOfALifetimesWorth

In a relationship, nothing can compete with a partner that trusts and supports you 24/7. Luckily for the country music songstress, Alex Hopkins always has her back. Hopkins let the whole world know how proud he is of his girlfriend when he released this sentimental post discussing Lauren’s musical success.

It's such a proud moment when you see a girl that you love so much, work so hard for so long and start to see all of the hard work pay off. This was just a small reminder of all of the work she has been doing for the past 3 years come to light. I am so unbelievably proud of all that she has become. The best part is I get to call her mine! #Pandora #BestShowerEver #ButHopefullyThereWontBeANextBF

Last year, Hopkins accompanied his beautiful girlfriend to the ACM Awards, and they could not have been any cuter. The gentleman even claimed that he likes her “sweatpants and no makeup” looks even more than when she’s all dressed up. He certainly seems to know how to treat a woman right.

This is my girlfriend. She is the absolute prettiest girl on the entire planet. I believe that just as much in this picture as I do when she is in sweatpants and no makeup (my favorite look). Such a great time last night. #ACMs #PartyForACause #Vegas #SheGivesMeButterflies @laurenalaina

Of course an avid social media user like Alex Hopkins could not resist the urge to post a New Year’s Eve collaboration post, and who can blame him? His dashing good looks paired with Alaina’s beauty make for perfect pictures. So why post just 1 photo for the special occasion?

Here are some quick facts about Alex Hopkins.

Alex Hopkins Job: Alex is an actor and model signed with Nashville’s The Block Agency. He recently walked his very first fashion show!

Be sure to share this article with other Lauren Alaina fans!