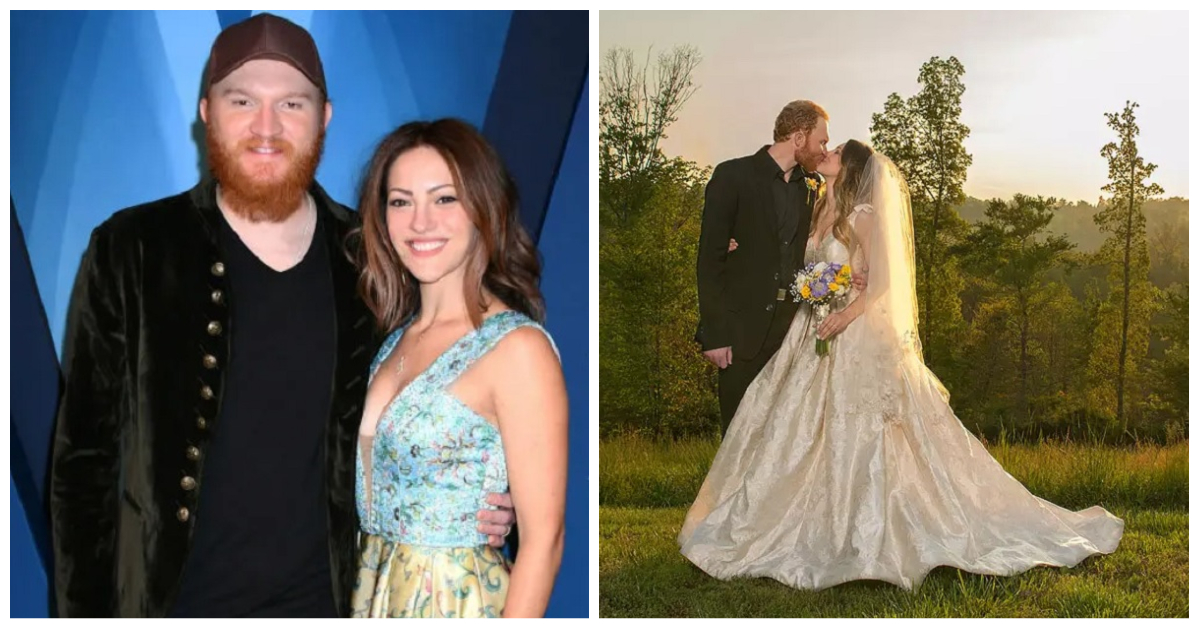 Country music singer- songwriter Eric Paslay has some popular radio hits, like “Song About a Girl” and “Friday Night.” But he also scored big when he met and married his wife, Natalie Harker Paslay. Learn more about his leading lady and their relationship below!

Eric Paslay met Natalie Harker, a music publisher, when the two worked at Paslay’s previous music publishing company. They knew each other for about seven years, but dated for a little over two years. He credits her with much of his musical success.

“She was the one that got a bunch of my songs cut, heck all of my hits recorded,” Paslay said, according to The Tennessean. “We’ve got a bunch of fun memories together. I keep joking, ‘I guess I have to keep her.’ I’d be a fool to let her go.”

Harker eventually left to work for a different publishing company, which made it easier for the pair take their relationship to the next level.

In 2014, Paslay proposed to Harker on December 30th. His hit “Friday Night” just reached No. 1 on the charts, and he also contributed to Jake Owen‘s “Barefoot Blue Jean Night” and Eli Young Band‘s “Even If It Breaks Your Heart.” It was a big time for the country artist!

Their wedding followed shortly after on April 26, 2015, tying the knot in Nashville. Paslay said he was happy that she was so organized with planning the wedding, and that she didn’t turn into a “Bridezilla.”

"Natalie had two dresses, which meant my heart stopped twice!" Get an inside look at Eric and his wife’s special day from People.com. http://bit.ly/1KTJ6c5

While she seemed to keep calm during the process, she says she actually got nervous just before walking down the aisle to marry the singer.

“I had no doubts about the groom. He’s the one thing I’m sure of,” Harker said, according to People. “But the thought of being in front of all those people was terrifying for me.”

Paslay had everything worked out, though. Instead of waiting at the altar like a traditional groom, he met her at the beginning of the aisle so they could make that walk together.

“It was an amazing moment,” Paslay said. “I just went down, lifted her veil, and she was gorgeous. We got to take our last walk together as an engaged couple and our next walk as a married couple.”

Now that they are married, Natalie loves joining her hubby on the road for tour. They recently went to Europe and clearly enjoy traveling together to see new things!

The couple also welcomed their first child together. On December 8, 2018 they had their first daughter, Piper Lily Paslay.