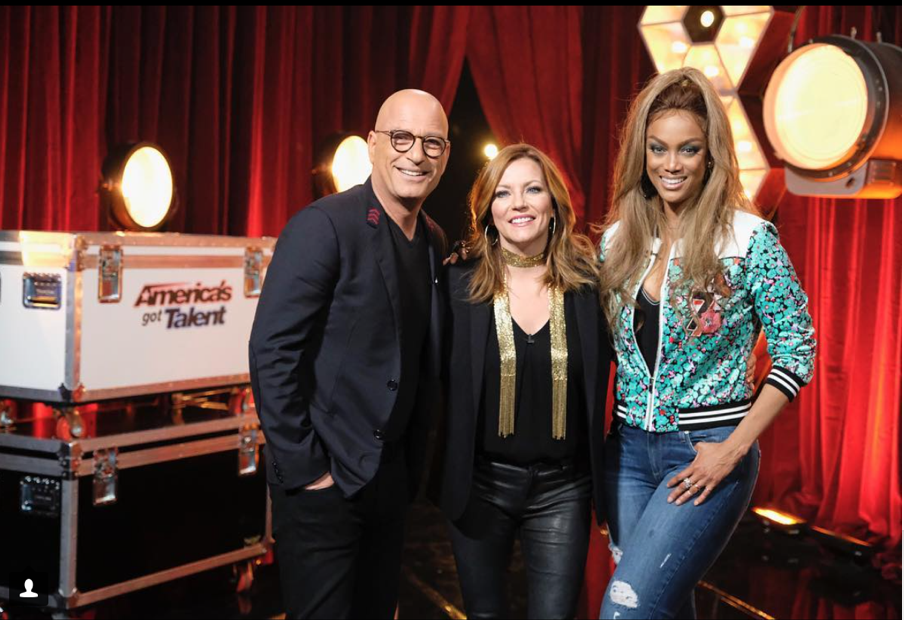 Country music star Martina McBride has been very busy--- appearing on 'America's Got Talent', finishing up her new Christmas album, and more!

Country music songstress Martina McBride has a lot going on! Between appearing as a guest judge on America’s Got Talent, creating new music, and revamping old music, she has a lot in the works. The “This One’s For The Girls” singer is totally on the try-something-new bandwagon this year!

“It’s not the easiest thing in the world for me to give criticism,” McBride disclosed to Billboard prior to making her AGT debut this week. “Part of the culture that we live in now is that sometimes there is mean feedback for the sake of being rude or mean or trying to put somebody in their place. But when it’s valid and helpful, I feel like I can manage.”

The country artist also shared that her personal judging style is a mashup of the show’s longtime judges Heidi Klum and Mel B.— and no, she will not be taking Simon Cowell’s place on the panel permanently.

Had America’s Got Talent existed when she was just starting out as an artist, McBride admitted that she would have most likely auditioned for the show because she was “fearless” back then.

Take a look at some snapshots from Martina’s AGT appearance!

A comedian, a country superstar and a top model walk into #JudgeCuts. ⭐️🌟⭐️

What are these two talking about backstage? Give us your best captions. #AGT #JudgeCuts

Who are you excited to see continue their journey in #JudgeCuts? 👀 #AGT

In case you missed the episode, check out the performance that caused Martina to hit the coveted ‘Golden Buzzer’ below!

As far as new music goes, fans can look forward to a new “vintage-y throwback sound” Christmas album from the singer. It’s the Holiday Season is set to be released on October 19th and is McBride’s first Christmas album in two decades. Her new cookbook, “Martina’s Kitchen Mix: My Recipe Playlist for Real Life,” will hit shelves on October 30th. The Kansas native will also be busy touring and performing with symphonies this fall.

Share this update with other fans of this artist!