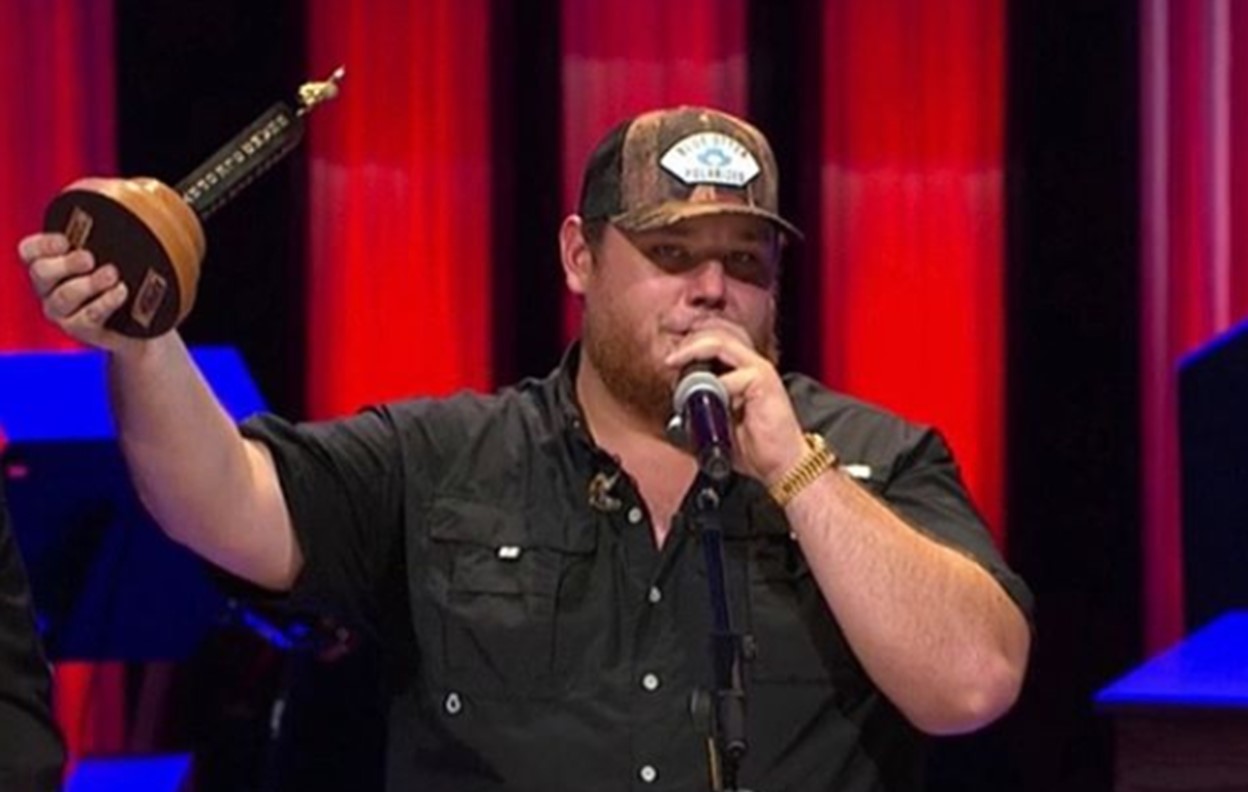 Fans won't want to miss getting a closer look at the Luke Combs Grand Ole Opry induction ceremony! Watch the videos and check out the pictures here!

Country music hit-maker Luke Combs was inducted into the Grand Ole Opry on July 16, 2019 by Opry members Joe Diffie and Vince Gill in front of a sold-out Opry crowd. Combs grew up on Diffie’s hits like “Pick Up Man” and “John Deere Green,” and the first concert he ever attended was Gill’s. After Combs performed his No. 1 smashes “When It Rains It Pours” and “Beer Never Broke My Heart,” Diffie and Gill joined him on stage, also flanked by Opry members The Gatlin Brothers, Chris Janson, Dustin Lynch, Craig Morgan, and Mark Wills. Get more details about this Luke Combs Grand Ole Opry moment below!

“This is what dreams are made of right here,” Gill began. Looking to Combs, he added, “If you’ll come here and you’ll invest in the people and this stage, you’ll get back a hundred-fold what you ever give to this place.”

Presenting Combs with his Opry Member Award, Diffie added, “I remember being asked to be a member of the Opry, and it was like a dream. And it still feels like a dream, even to this day. On behalf of myself and all the Opry members past, present, and future, Luke Combs, you are now officially the newest member of the Grand Ole Opry!”

The hit-maker then rounded out his Opry induction set with his first song as an Opry member, “This One’s For You.”

In June, the North Carolina native was invited to become an official part of the Grand Ole Opry family by Opry members Chris Janson, Craig Morgan, and John Conlee after performing three songs at the Opry.

“What a career this guy is having. It is incredible. You all know that. We all know that. The Grand Ole Opry wants you to know that we just love you,” Conlee said while onstage with Combs.

“How would you like to be the next member of the Grand Ole Opry?,” Janson and Morgan asked the surprised country star in unison.

“Holy cow! Are you serious? Okay, because if you’re not serious, that would be really mean,” the shocked star responded to the big news.

“This is the absolute feather in my cap for me as far as career goals,” Combs shared after leaving the stage. “It is the absolute No. 1 thing for me. It cannot be surpassed. It’s something I’ve dreamed about since I made my debut. It’s such a storied thing. I was like, ‘I will do whatever it takes to become a member of the Grand Ole Opry.’ I just can’t believe it. It doesn’t feel real.”