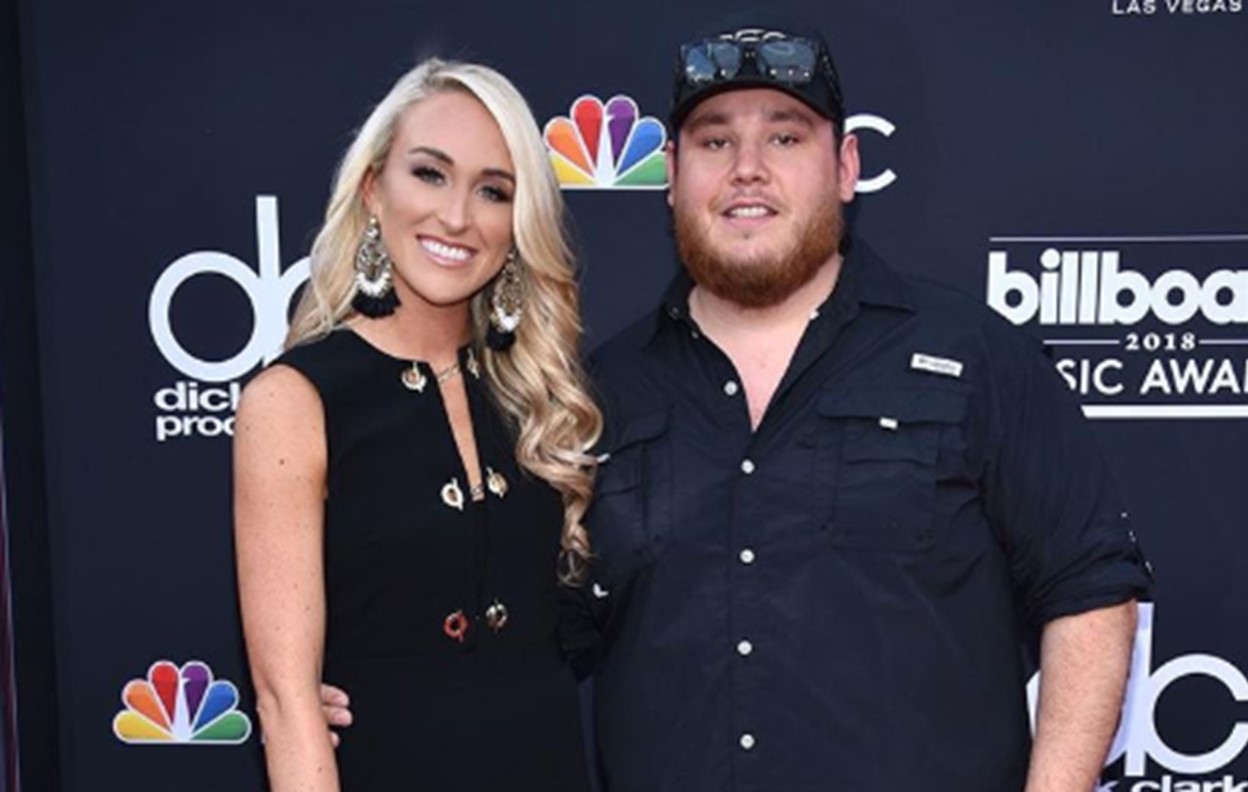 Country music singer-songwriter Luke Combs is happy his family treats him the same despite his success. More on the Combs family here!

Country music star Luke Combs has experienced a meteoric rise on the Nashville scene, but the North Carolina native insists that his family life hasn’t changed besides not getting to see his extended family as frequently.

“It’s no different than when I went home five or six years ago,” Combs confessed during a recent press conference. “I went and visited my grandma, and most of my whole mom’s side of my family, who I grew up around, still live in Charlotte.”

“So I went over to my grandmother’s, and she still watches her soap opera every day at noon. Like, I came in and she was like, ‘Well, what do you want for dinner? Do you want Chinese food or burgers?’ It was the same as when I was living there playing open mic nights,” the hit-maker explained. “They treat me no differently.”

Combs is thankful that his family life hasn’t dramatically shifted since hitting it big and appreciates not being treated any differently.

“It’s really nice to go there and just feel like one of the cousins at the Thanksgiving dinner,” Combs shared. “I try not to talk about music. If it comes up, it’s fine, but most of the time, we just hang out and around the new little cousins and stuff. It’s fun to go home.”

We hope Combs gets plenty of chances to enjoy some quality time with his family and girlfriend Nicole Hocking because his schedule for 2019 is busy! The star’s Beer Never Broke My Heart Tour with LANCO and Jameson Rodgers opening kicks off in January.

Had all the fun at the bbmas with this one 🖤

Despite playing it cool, the Combs family is certainly supportive of Luke’s career.

“Oh, mom always loves the show, man,” the star shared with ABC during his 2018 Don’t Tempt Me with a Good Time Tour. “I think mom’s more famous than me, honestly, at the gigs, man. She’s out dancing up and down the aisles and stuff… She’s awesome. My parents have always been super-supportive.”

This will forever be one of my favorite photos. That’s me and my momma on stage at Coyote Joes in Charlotte, NC. This woman has been there for me through EVERYTHING and I mean everything. A single Mother’s Day isn’t enough for you to understand how thankful I am for the lifetime of sacrifices you made to turn me into the man I am today and even though I can’t be with you today, I just want you to know how much I love you. I hope you have the best day and I’ll see you at CMA fest!

This is my Dad today, on his first day of being retired. I owe so much to this man right here. He worked tirelessly as a maintenance man my entire life and starting today he never has to work again. He taught me so much about life, work ethic, humor, and most importantly music. Love you pop and congratulations!